New West actor finds his dark side in fringe show

A New Westminster actor is exploring his dark side in a new play at the Vancouver Fringe Festival.
Aug 30, 2017 1:56 PM By: New West Record 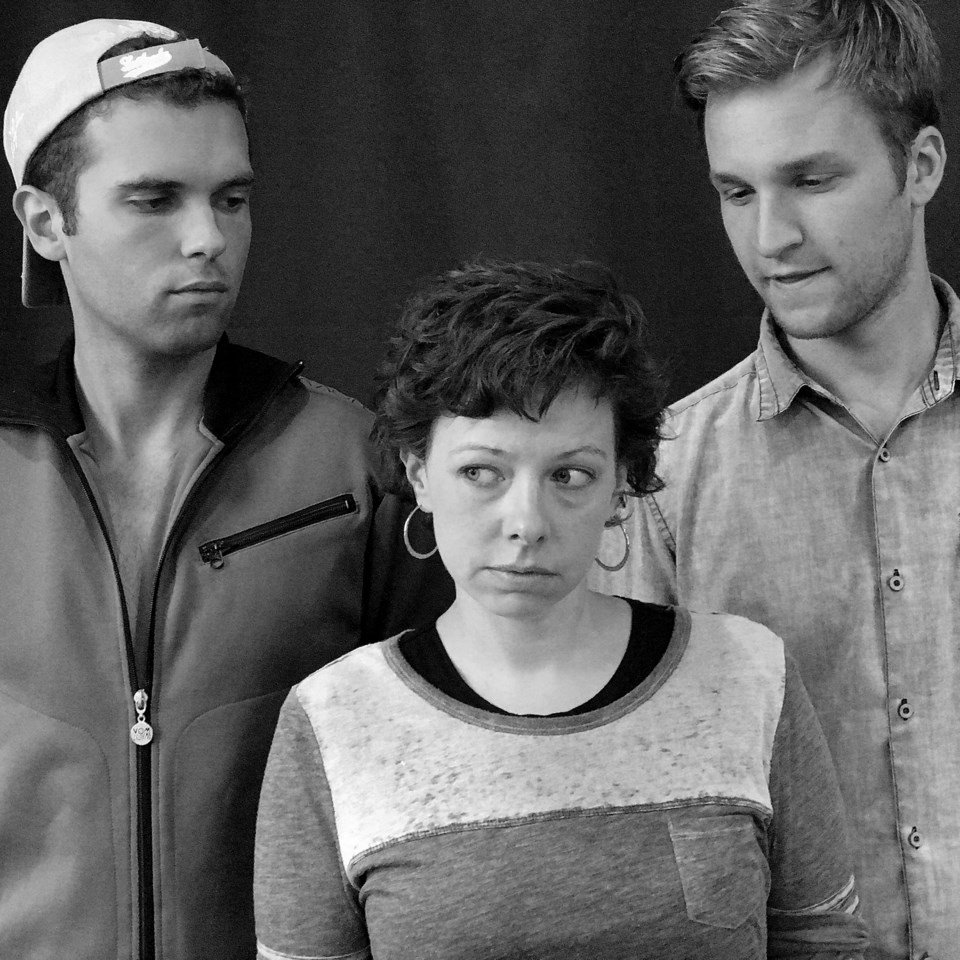 Justin Anthony as the Boyfriend, Lesli Brownlee as the Woman, and Henry Beasley as the Perpetrator in the Tomo Suru Players production of No Big Deal.Tomo Suru, contributed

A New Westminster actor is exploring his dark side in a new play at the Vancouver Fringe Festival.

Henry Beasley stars in the Tomo Suru Players production of No Big Deal, a play by Gerald Williams that tackles the issue of sexual assault on public transit. It’s onstage at the Havana Theatre starting Sept. 7, with shows running until Sept. 16. A preview show is set for Friday, Sept. 1 at 9 p.m.

The premise is simple: While on her way to an audition, a young woman is groped by a guy on the bus. When her boyfriend comes home and the woman tells him what happened, he brushes it off as “no big deal.”

Beasley appears as The Perpetrator, with Justin Anthony as The Boyfriend and Lesli Brownlee as The Woman.

Beasley, an NWSS alumnus who appeared in the school’s 2011 production of Grease, has since gone on to graduate from Capilano University’s musical theatre program. He has appeared in a wide range of shows, including Theatre Under the Stars’ productions of Hairspray and Shrek, as well as Vancouver Opera’s recent Otello and Fighting Chance Productions’ Into the Woods.

“A leading man type with the good looks and sincere charm that mothers hope for in a son-in-law, Henry is showcasing his ability to portray the sinister side of humankind,” a press release says.

For Beasley, the chance is a welcome one.

“Playing The Perpetrator is such an exciting challenge,” he said in the release. “I don’t usually get cast in roles where I get to explore the dark places that he goes to, and it’s cool to have the opportunity to flex those muscles.”

He said it’s important that we don’t shrug off incidents like the one portrayed in No Big Deal.

“I’m grateful to be involved in a new work with such a strong, relevant message,” he said. “New works and Canadian theatre are important to me, and it’s a pleasure to be part of a project that ticks off both of those boxes.”

What: No Big Deal, presented by Tomo Suru Players

Where: The Havana Theatre, 1212 Commercial Dr., part of the Vancouver Fringe Festival