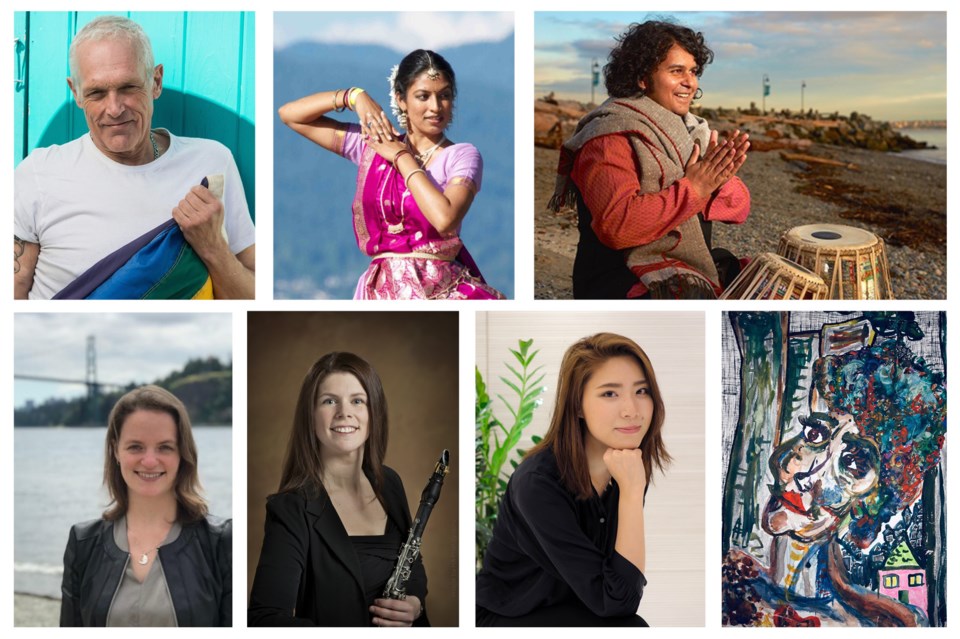 For Allan Morgan, a night in the theatre is made up of three separate sets of doors.

Through the back doors come the artists, like Morgan, who are about to bring a performance to life. Through the side doors come the behind-the-scenes folks, the staff and administrators who keep the operations of the theatre running.

“Then the front doors open,” Morgan said, “and on a nightly basis another group comes in, and the three of us create a new community every night. It’s so profound. ... Now, more than ever, we need that.”

When all of those doors closed in March, in the face of the COVID-19 pandemic, the world as Morgan and his theatre colleagues knew it turned dark and silent.

“The emptiness of it,” Morgan said, with a catch in his voice. “My profession ended. And mine shows no sign of coming back very quickly to anywhere near its former glory. The lack of sound … knowing that the entire continent of North America has no performers performing anywhere, anything, just – I don’t know, it hurt my heart.”

But there’s a ray of hope on the horizon for Morgan as he sees theatres “incrementally beginning to face the new dawn,” as he puts it.

Among those finding a way to open up again, one step at a time, is New Westminster’s venerable Massey Theatre. Pandemonium: A Summer 2020 Residencies Showcase will take to the stage on Sunday, Aug. 30 – and Morgan, an artist-in-residence with the Massey, will be the MC for the occasion.

It’s a night of performance and reflection featuring the artists who took part in summer residencies at the theatre’s Plaskett Gallery, where they have performed for visitors to the Raven’s Eye 2020 exhibition. Featured will be the Western classical music duo of Erin Macdonald (viola) and Krystal Morrison (clarinet); the Indian classical music and dance husband-and-wife team of Cassius Khan (tabla and ghazal/thumri singing) and Amika Kushwaha (kathak dance); the Tomoyo Yamada Dancers, with contemporary dance; and Eddy van Wyk, a physical theatre artist in a spoken word performance. (See more on the artists below.)

The artists will both perform and share thoughts about how the pandemic has affected their life and work as artists. Morgan will moderate a discussion, and audience members will be given a chance to ask questions.

Schneider has already seen an appetite for live performance in New West, noting the summer residencies series at Plaskett Gallery has been well attended.

“People are so appreciating it,” she said. “We’ve had something like 200 people through the gallery since we reopened the gallery. I’m just thrilled; it’s so good for the artists, and just for people – they’re connecting; it’s a place to go that’s not just running an errand.”

Morgan understands the desire for live performance. For him, there’s an essence to live performance that simply can’t be replicated in any other way – though a variety of virtual and online events have tried to fill the void.

A night at a theatre, for Morgan, offers up both entertainment and ideas, with a depth of thought and connection he says is ever needed in a world that is becoming ever more “two-dimensional” and sound-bite-based.

“Theatre is nothing that’s just by the side,” he said, noting it’s been an integral part of society since ancient Greece. “It’s essential. It has always been where the people, the polloi, go to hear ideas and discuss them.”

Schneider knows there may be some trepidation amongst audience members about the idea of venturing back out into a group of strangers. But she’s quick to note it won’t be like any other past performances at the Massey, since the theatre is strictly adhering to health and safety protocols.

There will be a physically distanced line-up system, and all tickets will be scanned so no one has to make physical contact with an usher. Live shows, for now, will be kept to anywhere from an hour to 75 minutes so that no intermission is required, reducing the possibility of crowding.

“The best solution is just to have people in and out in a fairly short time,” Schneider noted.

The audience will be limited to 50 people, and seating will be spread out and staggered, with empty rows and blocks of empty seats between groups.

Luckily, Schneider noted, it’s pretty easy to offer safe seating for 50 in a 1,260-seat theatre, and she’s looking forward to being able to increase that number when health guidelines allow.

“We’re so well positioned for a little bit larger, when and if that comes,” she said, adding that live performance is one way to give people entertainment that’s safe – as opposed to the house parties or gatherings on the beach that have been generating headlines.

“I really believe a managed venue is much safer than people figuring out where to socialize themselves, with limited space. If youth were just going to concerts and going to performances, it would be social options that right now they’re creating for themselves. They don’t own homes, they’re going into apartments and out to the beach and nightclubs … whereas, a theatre, you can all really spread out, just be with your bubble. It’s really safe.”

Best of all? Tickets to Pandemonium are free – which gives people who may be nervous about heading back out to a live show a chance to test the waters.

“It’s a very safe space. If they’re curious about how they’ll feel, this is a good opportunity to test the experience without buying a ticket,” Schneider said.

For Schneider and her team, drawing people out of their homes and back into the theatre is part of their mission for the fall and beyond.

“It’s been so good for our team dealing with professional musicians, having dancers back in – and people. We’re kind of the glue between the artists and the people. You feel really useless when you can’t help make those connections,” she said, noting the pandemic experience has been a frustrating one for those who facilitate live performance. “All the talents and the abilities of theatre staff just sitting there unused, while artists are producing their own work and struggling with technology? We could be helping them, and we’re determined to do that.”

For Morgan, every step towards a return to live performance is one to be celebrated, and he applauds the theatres that, like the Massey, are finding ways to open up a little bit at a time.

“I think it’s brave and wonderful,” he said.

Pandemonium is free, but donations will be accepted from those who wish to directly support the artists. To find out more or to book your ticket, see https://www.masseytheatre.com/event/pandemonium/


MORE ABOUT THE ARTISTS

Duetto di Nuovo is the classical pairing of viola and clarinet, featuring violist Erin Macdonald and clarinetist Krystal Morrison. Macdonald is a teacher and performer who has performed with such groups as the Vancouver Symphony Orchestra. A native of the Sunshine Coast, Macdonald recently returned to the West Coast after completing a master’s of music degree at the University of Ottawa. Morrison, a graduate of McGill’s Schulich School of Music and the University of Ottawa, serves as second clarinet with the Vancouver Island Symphony.

This Queensborough couple brings Indian classical music and dance into the spotlight. Khan is a globally recognized performer who combines the classical singing styles of ghazal and thumri with the tabla, the North Indian drums, performing them both simultaneously. Kushwaha is a performer, choreographer and instructor of kathak dance, one of the few kathak artists in Canada who pairs her performances with live musical accompaniment. She also plays the harmonium.

Tomoyo Yamada is an interdisciplinary artist who primarily works in dance and choreography. She has presented works in both North America and Japan, including at such festivals as Dancing on the Edge in Vancouver, REVERBdance Festival in New York and the All Japan Dance Festival in Kobe. She’s currently pursuing a master’s of fine arts in interdisciplinary art at the School of Contemporary Arts at SFU.

Eddy van Wyck is a Namibian multidisciplinary artist who won a TD Fringe Forward Award in 2019 for her one-woman show tadpole: the last episode. She has worked locally with more than 10 independent theatre companies and has performed internationally at the National Arts Festival in South Africa. Her piece 15,452 kilometres looks at what feels like to be 15,452 kilometres away from home.