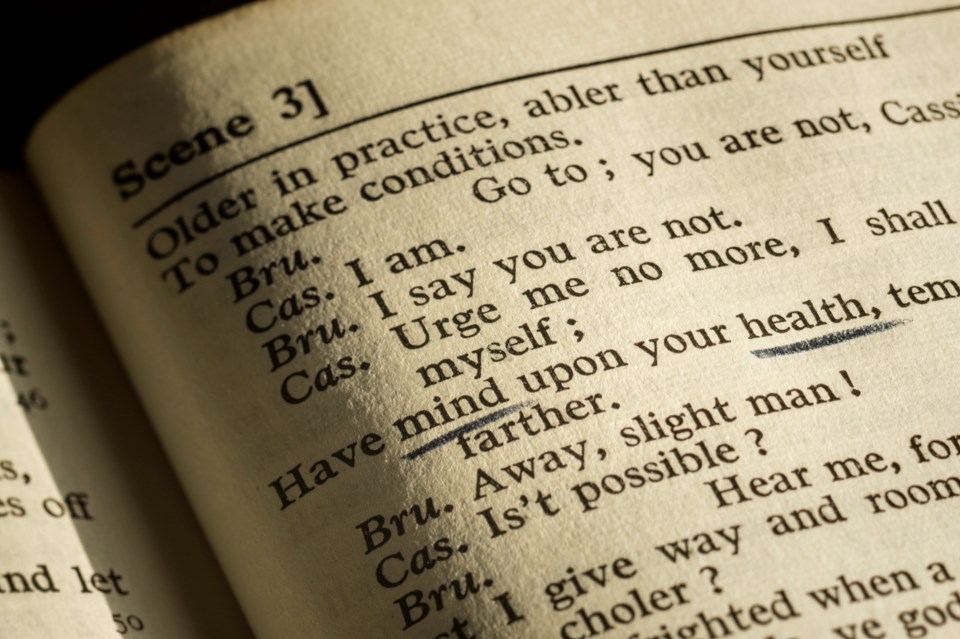 With crowd scenes and battles out of the picture, Douglas College students will be focusing in on Shakespeare's text when they present Julius Caesar in radio play format.Getty Images

William Shakespeare’s Julius Caesar is reimagined as a radio play in a new Douglas College production.

The department of theatre is joining forces with the department of stagecraft and event technology to present Julius Caesar: a Play for Voices. It will be streamed live via Zoom on Nov. 12 at 1 p.m. and Nov. 13 at 7:30 p.m. Both performances will include a talkback with cast and crew after the show.

A college press release notes this modern take on the tragic murder of a Roman general by his friend Brutus reworks the classic stage production into a radio play, adapting the piece for current safety regulations and allowing the cast to remain two metres apart during the entire performance.

In this version by guest director Jane Heyman, the scenes requiring large crowds and battles have been cut, leaving more room to focus on the friendships and rivalries within the play. Heyman explains how, with movement limited to each actor’s microphone stand and a stool a few feet behind each of them, the performers can focus on the language of the play, rather than where they need to stand or move around on stage.

“Without blocking to memorize, the performers have had more time to tackle Shakespeare’s text, focusing on the imagery and the language of Julius Caesar,” Heyman said in the release. “After all, these plays were meant to be spoken. There wasn’t a big production value or elaborate costumes in Shakespeare’s time. We’re staying true to that.”

The cast and crew have had to make adjustments and show flexibility due to physical distancing requirements, but Heyman said the excitement of live theatre has not been lost.

“While we may not be able to touch, we can use our voices and our imaginations to touch. The magic of theatre is in the space between us; that’s where the play exists. When the actors are really connecting, that comes alive on Zoom as well,” says Heyman.