Good Girls Don’t celebrates kids who make their own rules 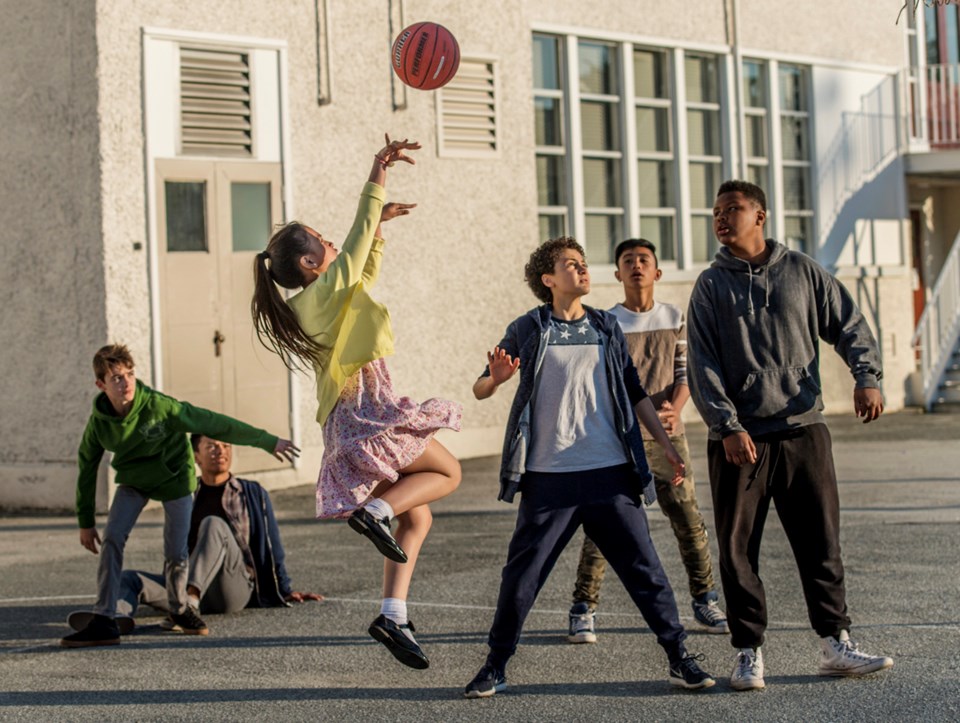 Good Girls Don’t screens April 7 and 8 as part of the 2019 Reel 2 Real Film Festival for Youth.

Ana De Lara wasn’t a bad girl, but by her parents’ estimation, she wasn’t exactly obedient, either.

She liked to play sports, something that vexed and perplexed her mom and dad, who immigrated to Vancouver from the Philippines and considered athletics to be unladylike.

And so De Lara’s mom, in a fit of frustration, told her young daughter that playing sports would result in — well, a significant change to her genitals.

“It was one of those things where she had said no to playing sports because it was unladylike, and I still wanted to do it, and so she countered with, ‘Well, if you keep doing it, you’ll turn into a boy,’” says De Lara in a recent phone interview. “It wasn’t that she believed it or it’s a Filipino belief. It was just a parent using a scare tactic to get you to obey when you’re not.”

But De Lara didn’t obey her parents. She played softball and basketball and dreamed of being the first woman to play in the NBA. But there was a small part of her that believed her mom’s dire warning.

“I would look between my legs to see if a penis was growing there,” she says, laughing. “But I still kept playing sports. I did things that weren’t ladylike.”

Alas, De Lara didn’t ever make it to the NBA.

“What crushed my dream was an article in Seventeen Magazine about being realistic about your dreams, and the example they used was if you’re 5’2” and you want to play basketball professionally, rethink it,” she said.

Instead, the actor and filmmaker mined this formative childhood experience for Good Girls Don’t, the short film she wrote and directed that screens next/this week as part of the 2019 Reel 2 Real Film Festival for Youth.

Good Girls Don’t tells the story of 10-year-old Marilou (played by Evryle Ebora), who loves basketball despite her mother’s claims that she’ll grow muscles and “a pee pee, like a boy” if she plays sports. In order to play, she has to convince her hyper-religious parents to sign a school permission form. And so Marilou turns to the one person she thinks can get through to her parents: the VIP MVP Himself, Jesus Christ.  She seems on track to do just that, until she feels something going on “down there.”

“I believe in the saying that you should write from a place that you know,” says De Lara, adding she knows how hard it can be for Filipino-Canadian actors to get cast in film and television projects.  “When I came out of theatre school, there were no roles for Filipinos. Just none. I think if there were any roles I was auditioning for, they’d be for other ethnicities or it would just say ‘open ethnicity.’ I got discouraged. The roles you do get, they don’t challenge you. They’re so small. You can’t develop your skills. So one of the things that I wanted to do with this film was give opportunities to Filipinos so that they could have the opportunities that I didn’t have.”

De Lara also wanted to tell a story that isn’t usually told on screen: that of a Filipino Canadian family.

“You don’t often see the Filipino Canadian family on the Canadian screen,” says De Lara, who won an award from the Motion Picture Production Industry Association of B.C. (MPPIA) to make the film. “You see other ethnicities. You see South Asian, Chinese, Japanese, but not Filipino. It’s exciting for me to do that. They’re underrepresented for sure.”

Speaking of Filipino Canadian families, what does De Lara’s think of the film?

“My family loves it,” she says. “My mom is very proud of it. She’s very supportive.”

Good Girls Don’t screens April 7 and 8 as part of the 2019 Reel 2 Real Film Festival for Youth. The festival is programmed with kids and young people in mind, and includes screenings of feature-length and short films as well as workshops and a youth media conference. Other local films in the fest include Beauty, a National Film Board of Canada documentary by Christina Willings about five gender-creative kids, and Amanda Cole’s Biddaaban (The Dawn Comes), which won Best Short at VIFF.

Tickets and full schedule at www.r2rfestival.org.