We have started a new Fill in the Blanks series, which will introduce Record readers to a variety of interesting folks in the arts and entertainment community.
Jun 19, 2014 10:11 AM By: Julie Maclellan 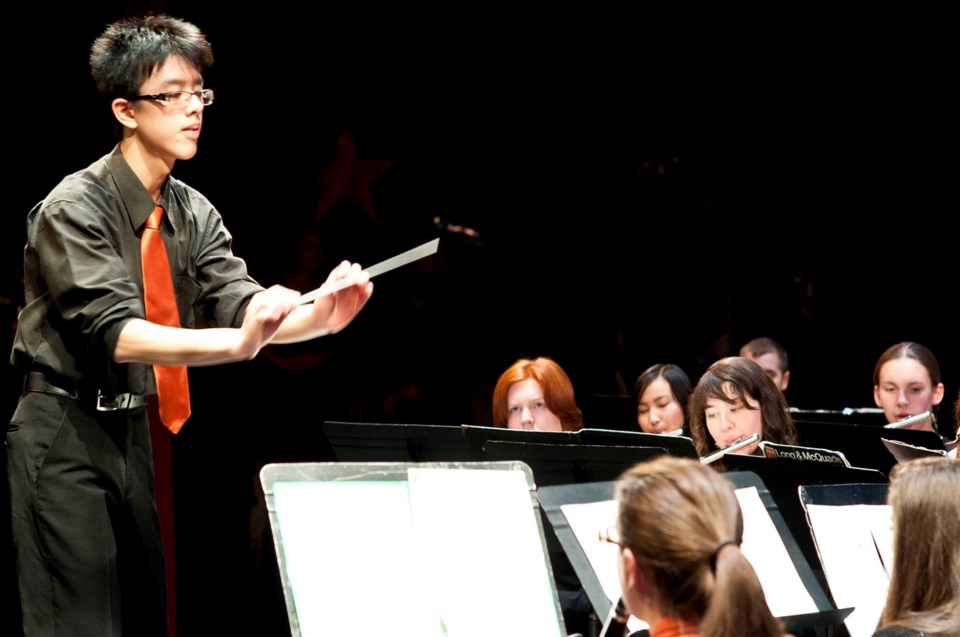 We have started a new Fill in the Blanks series, which will introduce Record readers to a variety of interesting folks in the arts and entertainment community. Each subject fills out a short questionnaire, "filling in the blanks" to let us know about themselves.

This week, we feature Howard Dai. Howard is a Grade 11 student at New Westminster Secondary School who first discovered a passion for theatre during the NWSS production of Grease in 2010. Since then he has performed in several productions around the Lower Mainland, including Kitchen Witches with the Vagabond Players last year.

He recently worked with fellow student Tiger Xu - a Grade 12 IB student - to produce an NWSS production of Rumors, by Neil Simon.

2.    I spend my time getting involved in the community and all the fine arts programs.

4.    The book on my bedside table right now is The Catcher In The Rye.

6.    One work of art that inspires me is the David Fincher film "The Social Network". I watch the film to study acting and directing - I learn something new every time I watch it.

7.    One artist who inspired and still continues to inspire me is Don Parman. He brought me into the world of theatre and festival with his spectacular vision and unstoppable energy; there is no "NO" in his dictionary.

8.    My idea of a perfect day would start with choir rehearsals, with drama classes and band rehearsals stagger throughout the day, and ends with dinner with some of my closest friends.

10.    My guilty pleasure is Disney TV shows and teen-pop music from five years ago.

11.    My favourite vacation spot is any Disneyland.

13.    If I could sit down for coffee with anyone at all, I would choose Paul McCartney.

14.    If I could live anywhere at any point in time, I would choose New York.

15.    If I could have a superpower, my superpower would be invisibility.

16. If people want to find out more about me, they can follow me at Twitter @howardai, @momentum_yam, or @TwoGentlemenNW.

Would you like to be featured in Fill in the Blanks? Do you know someone who should? Email suggestions (with contact information) to Julie MacLellan, jmaclellan@royalcityrecord.com.

(*Editor's note: This questionnaire was filled out earlier in the spring, before the Rumors run at NWSS.)