Do You Hear the People Sing? A Quarantined Cabaret helps Arts Club Theatre 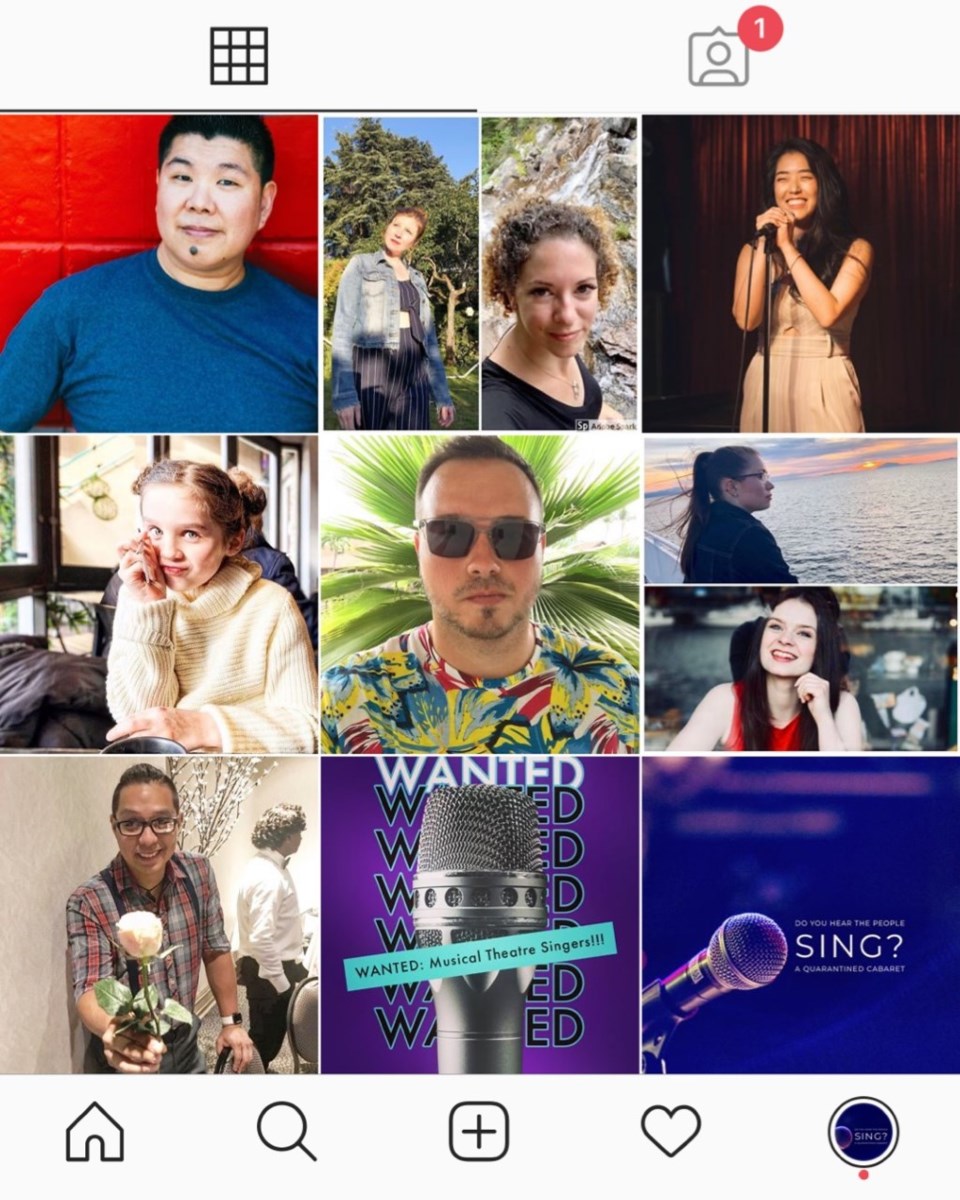 Musical theatre performers are joining forces for Do You Hear the People Sing? A Quarantined Cabaret, to raise funds for Arts Club Theatre Company.contributed

It was Friday, March 13 when it really started to hit home for Britt Bailey.

Bailey, who’s an actor, singer and private music teacher, watched as her musical theatre friends, one after another, posted on social media about shows – and their professional working contracts – being cancelled because of the COVID-19 pandemic.

Bailey, who’s still able to continue one-on-one teaching – virtually – with her students, realized how fortunate she is to have work.

“I just kinda felt like, you know what? For once I’m not wishing I was on a contract. I’m teaching; I have something a bit solid right now,” Bailey said. “I’m really, really feeling for the other artists.”

So she started thinking: What could she do to help those other performers?

Bailey realized that all the performers she knows tend to put out videos and share them on social media. That inspired her to think about bringing some of those videos together as a fundraiser and a way to support artists.

The result is Do You Hear the People Sing? A Quarantined Cabaret, an ongoing virtual fundraiser for the Arts Club Theatre Company. Musical theatre performers are recording their own videos from the safety of self-isolation, then uploading them to YouTube. Audience members can watch and enjoy – and make a donation to the fundraiser if they’re so inclined.

“Musical theatre people tend to keep making music wherever they are. When we’re scared or sad, we don’t stop singing,” Bailey noted. “I kinda thought maybe there’s a way to bring all those videos together and have a GoFundMe link.”

Bailey admits it wasn’t easy deciding who the effort should raise money for. Her first thought was to create a fund for individual artists, but with so many people in need, who would she help?

She realized, talking it over with her musical theatre colleague and co-organizer Andy Toth, that the answer to helping individual artists was to help a larger cause.

“The best way for me to actually do that was to try to help the largest employer of artists in the city, and that’s Arts Club,” she said.

Bailey noted that upwards of 250 people have had their livelihoods affected by the Arts Club’s temporary shutdown – not just performing artists under contract, but the more than 120 people employed in other capacities by the company.

Bailey’s official GoFundMe goal is $1,000 – an amount she admits is relatively small.

But, even more than the money, she wanted to offer up the Quarantined Cabaret as a community-building exercise – to let all performing artists in the city know that there’s a place for them and to build solidarity at a difficult time.

“We weren’t sure how much money would come from this,” she said. “Mostly we wanted to find a way to bring the community together.”

Any musical theatre performers interested in taking part can find all the guidelines on the Facebook event page (search out Do You Hear the People Sing? A Quarantined Cabaret).

All performers are being asked to choose songs that speak to the themes of the pandemic crisis.

For those who want to listen, enjoy and potentially donate, search Do You Hear the People Sing? A Quarantined Cabaret on YouTube, or donate directly at GoFundMe: https://www.gofundme.com/f/56r6e-do-you-hear-the-people-sing.

Supporters can also make direct donations to the Arts Club at https://secure.artsclub.com/donate

1265
Luxurious residences are setting a new standard of living in Langley
453
Here’s where people who are homeless in New West can enjoy a hot shower and get a comfort kit
209
UPDATE: Here's where you could be able to buy cannabis in New West
181
New West now grappling with second big COVID-19 outbreak
69
Opinion: This protest in front of NWSS against an affordable housing project is ridiculous