A Vancouver band is launching its new album with a release party in New Westminster. China Syndrome is releasing Hide in Plain Sight with a performance at the Heritage Grill on Sunday, Nov. 18.
Nov 16, 2018 11:05 AM By: Record Staff 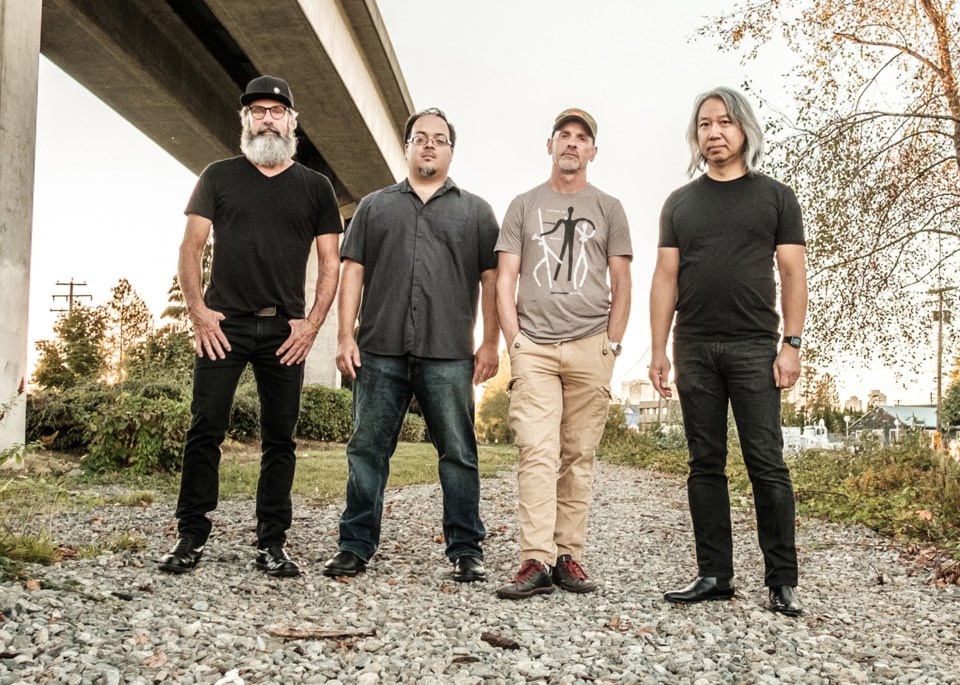 From left: Kevin Dubois, Mike Chang, Vern Beamish and Tim Chan are China Syndrome. The band is holding an album release party at the Heritage Grill this Sunday.Daniel Fortin, contributed

A Vancouver band is launching its new album with a release party in New Westminster.

China Syndrome is releasing Hide in Plain Sight with a performance at the Heritage Grill on Sunday, Nov. 18.

It’s the indie rock band’s fourth release, and, like their previous three, it was recorded and produced and Vancouver’s JC/DC Studio by David Carswell.

“The album title, Hide in Plain Sight, is a line from the song Outta My Head,” said singer-guitarist Tim Chan in a press release. “The song is ostensibly about falling down the social media wormhole and spending too much time looking up people and things. But how much do you really know someone based on their Facebook or Instagram feed? So much of it is carefully selected events and things.”

Other songs cover a wide range of current concerns, including breaking up with the city of Vancouver (Curated), changing attitudes in the age of Trump (Times are Really Tough, Dear), the stagnation of a 9 to 5 job (Nowhere to Go) and making doomsday preparations (How To Prepare For an Earthquake).

There are also lyrics about trying to find oneself (State of Mind), a crumbling relationship (Don’t Waste Another Day) and the mysterious disappearance of a loved one (Empty).

But there are also rays of hope in many of the songs, including positive words of encouragement (in Diatonic and Don’t Stop) and even the band’s first Christmas song, Footsteps on the Roof.

For the first time, the band includes two instrumentals on an album, with Attack of the Chafer Beetle and Shona;Shona, both written by guitarist Vern Beamish.

The album release celebration is set for 8 p.m. on Sunday night.

Step into the life and work of Leonardo Da Vinci with new immersive 'sensory exhibit' coming to Metro Vancouver
Apr 15, 2021 9:00 AM