Allan Morgan talks PRIDE: for the Young Gay, the Un-Gay and the Jaded Queen in All of Us 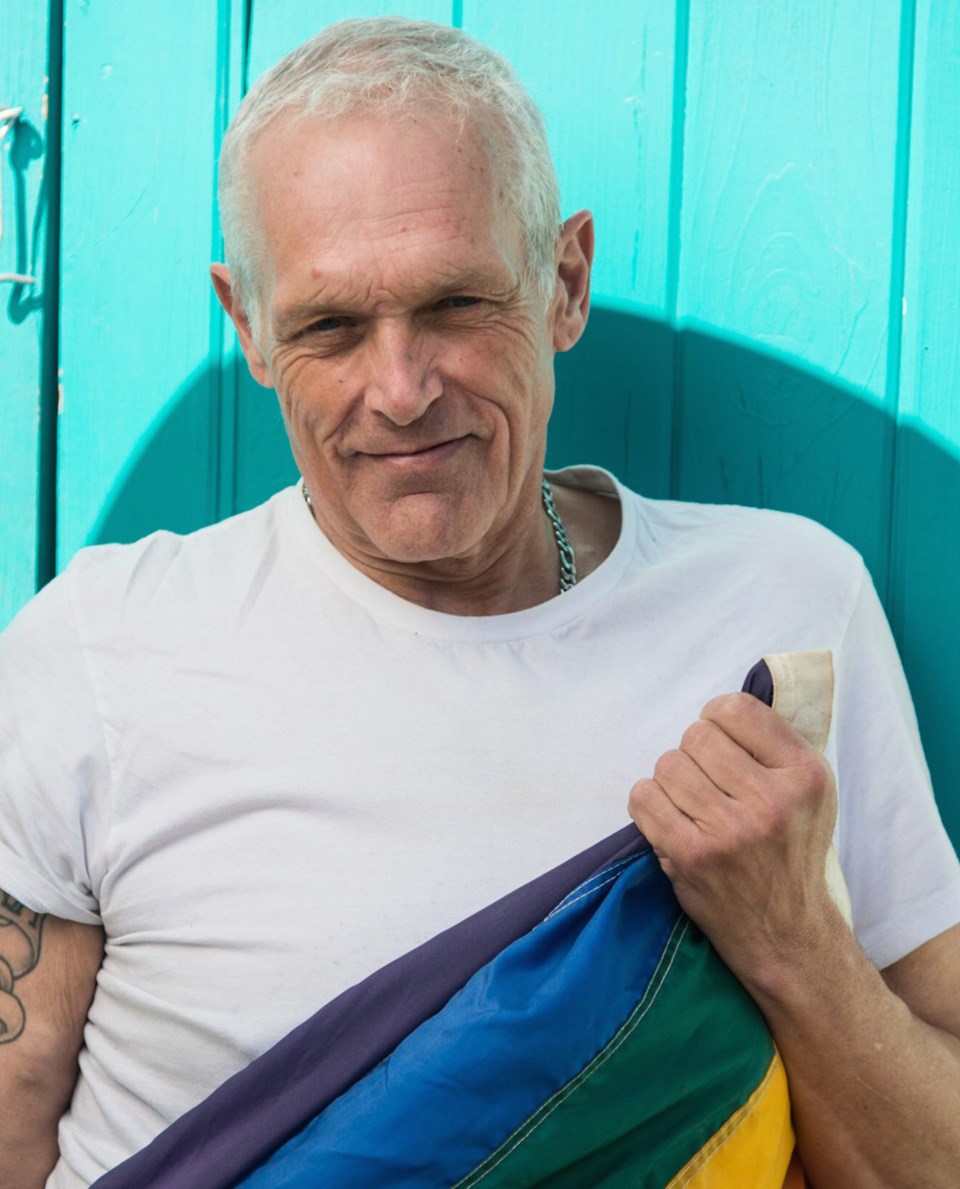 Allan Morgan is onstage in his solo show PRIDE: For the Young Gay, the Un-Gay and the Jaded Queen in All of Us, at Massey Theatre Sept. 20 to 22.contributed

Even now, Allan Morgan will cry thinking about how it used to be.

He can’t help the tears for that kid he was, growing up in Guelph, Ont. in the 1960s – the kid who came to a soul-shaking revelation about himself after watching Franco Zeffirelli’s famous film interpretation of Romeo and Juliet.

Morgan remembers standing in the school hallway, staring at a nearby locker where a girl had taped up a picture from the film. He looked at the faces of the young lovers and was hit by the recognition that it wasn’t Juliet whose death had devastated him. It was Romeo, in the person of handsome young English actor Leonard Whiting, who had captured his attention.

“I thought, oh my God, I’m depressed not because Juliet died but because he died, that guy,” Morgan says. “It was that huge fucking moment when I knew. And I knew somehow, inherently, I should never talk about this.”

“This” was being gay. Not that the word was even in his vocabulary.

“I didn’t know the word ‘gay,’ but I knew that was something about me,” Morgan says. “I knew at a young age I was gay, and I knew I had to hide that.”

It was a different era altogether – an era in which even the medical community considered homosexuality to be a diagnosable mental illness. What today we call “homophobia” was just society’s default state of being.

“That’s the inside of me,” Morgan says. “I don’t know how many Prides I have to attend, or what I have to do to change that.”

What he does know is that he can talk about it – all of it. His journey has become the inspiration for his solo show, PRIDE: For the Young Gay, the Un-Gay and the Jaded Queen in All of Us, onstage at Massey Theatre for four performances Sept. 20 to 22.

Morgan, a veteran professional actor whose career spans more than 30 years on Canadian and international stages, is now serving as the artist in residence at the Massey and Anvil Centre theatres.

His PRIDE show originally began as a talk for an office where he worked for a spell, when he volunteered to be a lunchtime speaker as part of its workplace Pride celebrations. The story of his journey was eye-opening for many of his co-workers, steeped as they are in today’s Pride reality – where the Prime Minister happily rubs shoulders with Pride marchers and families bring their children out to the parade.

“My generation was the first generation that had one foot firmly in change,” says Morgan, who’s now 64. “The time when I grew up was not the same as now.”

Tracing his own personal journey from struggling teen to proudly out actor and activist takes him through some dark territory. There was his first sexual experience with an older man who offered him a ride home; when it was over, Morgan walked home in the dark, his thoughts in turmoil: Should I just end it all? How do you get a psychiatrist without your parents knowing?

There was his first demonstration, in 1978, when he and his first gay friend went to protest outside a church in Scarborough that was hosting a talk by anti-gay-rights activist Anita Bryant. He wasn’t intending to be an activist, not really; he just knew he had to take a stand.

There were all those times he marched in Pride parades for all the friends who couldn’t - like his teacher friends, who’d have been fired if their homosexuality became public knowledge, back in the day when the words “gay” and “pedophile” were often used interchangeably.

But there’s been hope along the way, too. Morgan is still grateful that he found a faith community that helped him to get sober back in some of his darker days; a community that completely embraced who he was and told him that he shouldn’t hide his story.

“If there is a god or anything like that, however we’re born, we should stay that way,” Morgan says.

As he’s worked on his story to polish it into a stage production – it ran onstage at the Firehall Arts Centre for the Shift Festival in 2017, and again for a single night in Mission – Morgan has found himself coming to grips with his own personal past, darkness and all.

He takes to the stage to tell his story now, he says, because the world still needs to hear it.

“Worldwide, it’s sort of teetering again. It’s a very frightening time for gays and lesbians that I know in the United States. They’re frightened, they’re scared; we see how quickly and easily everything can be thrown away,” he says. “In Canada I feel safe, but I also know that if Andrew Scheer gets in, it won’t be safe.”

Internationally, he sees the power of the religious right lobby in the U.S. and the anti-gay policies enacted in countries around the world – Uganda and Russia being just two.

But even here, in day-to-day life in Vancouver, he says acceptance of the LGBTQ community isn’t wholehearted.

“I wish I could say that. Yes, the majority of people agree that it isn’t an illness and that yes, we do have the right to live,” he says, with a wry laugh. “But the idea that we’re all at the same spot is wrong, because we’re not. If I see men holding hands walking down the street, I still see people who make a gesture or fake-puke or something. You still see that.”

That’s one of the reasons he bills his show as being for the “un-gay,” he says, because he wants to help non-LGBTQ people understand what it’s been like – and what it’s still like.

“I think a lot of people don’t understand the journey. It’s sort of like an edition of the Human Library, maybe; come and spend some time with a man who’s gay.”

He also aims it at the “young gay,” whose lives are so very different from his own.

“For the young gay, there’s a generation of gays and lesbians who don’t have mentors because a lot of us died in the plague,” he says. “They were so important, because oral histories have gone. When I first met gay people, they told me all those stories.”

He’s hoping his story can do that for the young LGBTQ community now.

“For the young gay, it’s ‘Here, these things happened and they matter, and although it looks like a perfect world right now, you must arm yourselves and be ready to defend.’”

And, for the record, there will be cookies – chocolate chip cookies, to be exact. He’ll bake as he talks, with the audience gathered around him on the stage, and everyone will share the cookies.

Morgan is happy to bring the show to the stage in New Westminster, where he was recently at the city’s Pride festivities.

“It’s a pretty wonderful community. Those four blocks of Pride in New West, I have never seen so many gender variants, young people exploring their gender, people with their children … I just loved it,” he says. “This is our world. This is acceptance. This is love.”

What: PRIDE: For the Young Gay, the Un-Gay and Jaded Queen in All of Us, a one-man show by Allan Morgan

2542
Luxurious residences are setting a new standard of living in Langley
311
New West now grappling with second big COVID-19 outbreak
251
Opinion: This protest in front of NWSS against an affordable housing project is ridiculous
219
New West rapid access clinic opens as 'safe way to get sober'
208
UPDATE: Here's where you could be able to buy cannabis in New West