The Fictionals to determine Most Horrible Person in New West 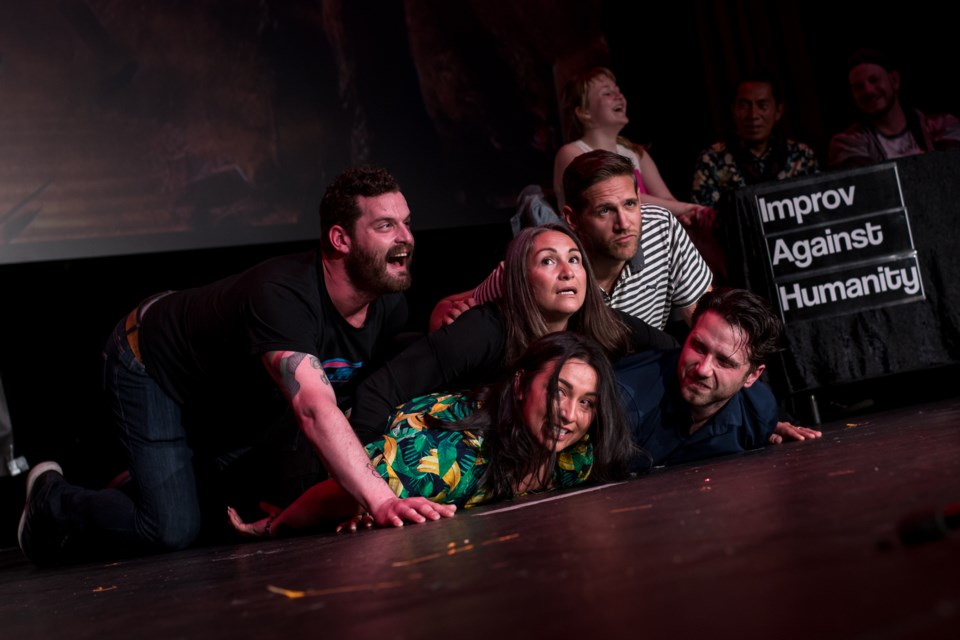 Laughter Zone 101 is bringing The Fictionals' award-wining Improv Against Humanity to New West in October.

Who is the Most Horrible Person in New West? You’ll have to wait until October to find out.

Laughter Zone 101 is bringing The Fictionals’ award-winning Improv Against Humanity to New West.

Choi said The Fictionals are very excited to perform Improv Against Humanity for the first time in New Westminster.

"Each audience is different, and we expect the crowd to be fun and a little bit twisted, especially if they are fans of Cards Against Humanity,” he said.

"The Fictionals going to perform a wide variety of scenarios inspired directly by the live Cards Against Humanity tournament at the Anvil Centre," Chai said. "If the audience contestants wants to see what happens when a comedian has to swap bodies with mom, or what teaching a robot how to love looks like, then that's what we're going to do!"
The show is taking place at Anvil Centre on Friday, Oct. 11 at 8 p.m. Tickets are $18.50 (plus service charges) and available at ticketstonight.ticketforce.com.