Everyone is invited to a vigil at arena tonight
Apr 12, 2018 8:04 AM By: Cayley Dobie And Theresa Mcmanus 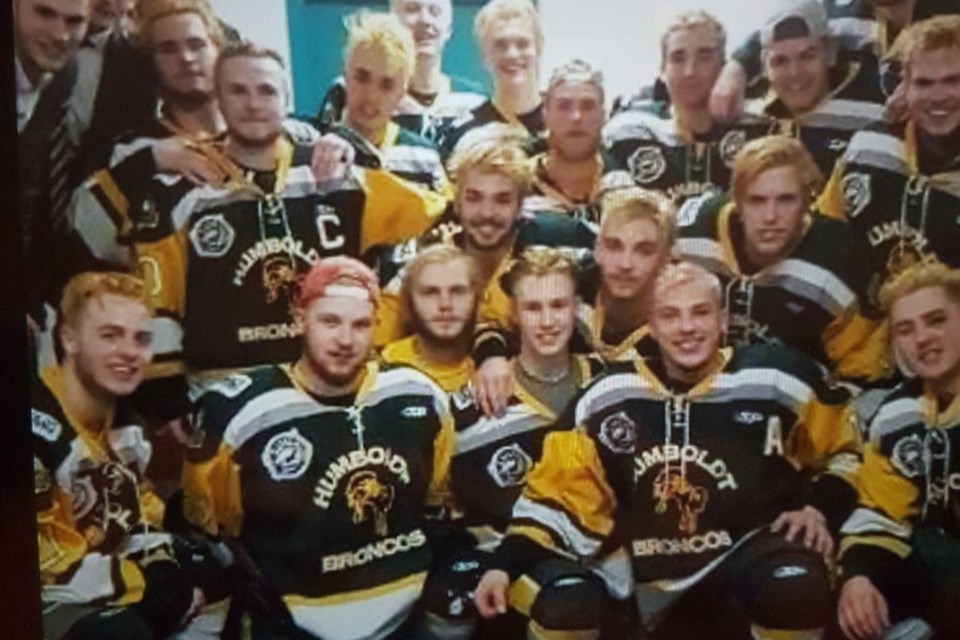 On April 6, a bus carrying the Humboldt Broncos junior A hockey team collided with a tractor-trailer in rural Saskatchewan. Fifteen people died and a dozen survivors remain in hospital.GoFundMe

New Westminster will pay tribute to the Humboldt Broncos at a community event Thursday evening (tonight).

On April 6, a bus carrying the Humboldt Broncos junior A hockey team collided with a tractor-trailer in rural Saskatchewan. Fifteen people died and a dozen survivors remain in hospital.

Tonight (Thursday, April 12), New Westminster residents are invited to take part in an event to remember those who died. The event is happening at Queen’s Park Arena from 7 to 8 p.m. Doors open at 6:30 p.m. All are welcome.

“Being that New Westminster is a fantastic community, I want the Humboldt community to know that we support them; we want to send love their way and to know that they’re not alone,” said Mary Lalji, one of the event’s organizers.

Representatives from different sports associations and clubs will be in attendance to share a few words about their sport and athletic experiences “to show the love and support of New Westminster’s community to all that have been affected by this tragic event,” notes a press release.

Organizers will be collecting donations for the Humboldt Broncos as well as notes of condolence and support, which will be sent to the team. Alternatively, folks can donate to a GoFundMe campaign that was launched shortly after the accident. To date, more than $8.2 million has been raised.

To donate online, go to ca.gofundme.com/funds-for-humboldt-broncos.

Members of New Westminster city council wore green ribbons at Monday night’s council meeting in honour of the lives that were lost in the terrible accident. Council will also send a condolence letter to the City of Humboldt.

In honour of those injured and killed in the accident, lights on the exterior of Anvil Centre at 777 Columbia St. are planned to shine in Bronco green each evening until April 16.

The initial lighting of the Anvil Centre hit some snags when lights shone red on the first night and purple on the second night, but the lights were expected to be rectified by Wednesday night, after press deadlines.

Some New Westminster Secondary School students are expected to take part in a tribute to the families of the Humboldt Broncos bus crash victims by wearing sports jerseys on April 12 (today), taking a picture of themselves and posting it to social media with the hashtag #jerseysforhumboldt. The school sent an email to parents containing a link to a media article about jersey day.