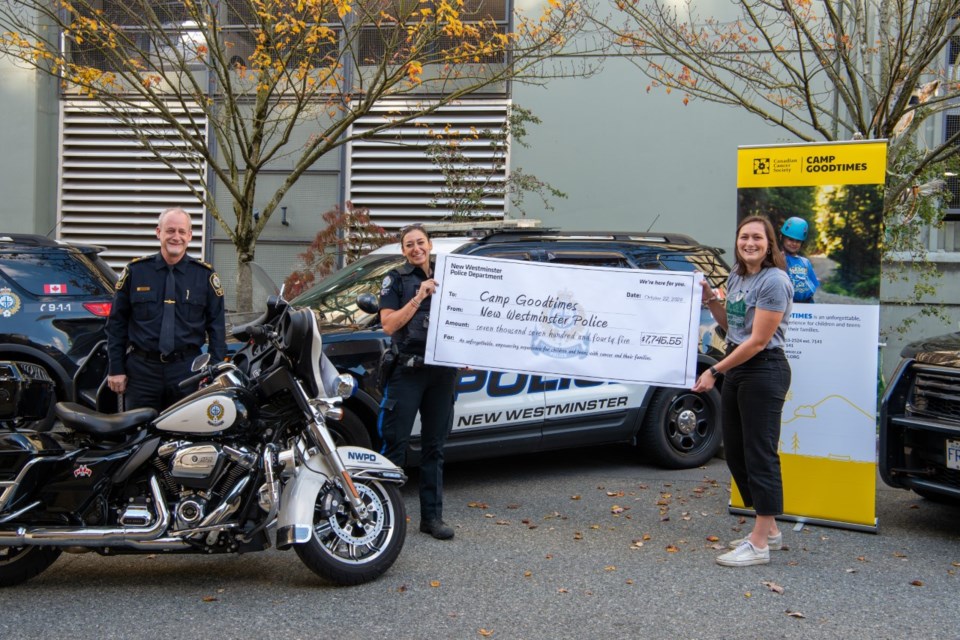 Constables ArtWlodyka, JelisaMassoud and Colin Adam were already training for the Cops for Cancer Tour de Coast when the event had to make some adjustments to accommodate COVID-19 health guidelines. Despite the added challenge of COVID-19, the trio organized their own route, support team, and redoubled their efforts to fundraise for the worthy cause.

“Our ride took us from Oliver, along the Kettle Valley Trail, up to Salmon Arm and back,” Massoud said in a news release. “While the weather and route definitely proved challenging, we were motivated by the brave kids who are going through cancer treatment and the overwhelming support we’ve received from our donors.”

The local police officers raised money to be put toward pediatric cancer research and support programs like Camp Goodtimes.

“Even though the ride was challenging, we thought about the cancer patients, cancer survivors, our colleagues, and longtime volunteers who have been involved in supporting this ride,” Adam said.

The New Westminster Police Department has supported Cops for Cancer initiatives for more than two decades. Although the police department has presented a cheque to Cops for Cancer related to the riders’ recent fundraising efforts, people can still donate to the cause at www.cancer.ca.

“Of the over $20,000 raised by the three of us, $7,745 was donated directly from members of NWPD to Camp Goodtimes,” Wlodyka said. “The summer camp is operated by the Canadian Cancer Society for children fighting cancer. Kids have shared that it allows them to take on new challenges and have fun.”

To learn more about Camp Goodtimes go to www.campgoodtimes.org.