Statistics suggest 10% of all older adults will experience some form of abuse
Jun 11, 2021 8:03 AM By: Theresa McManus 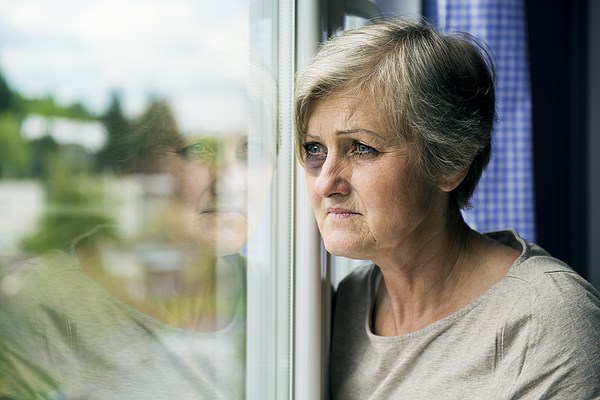 It's estimated 10% of all older adults will experience some form of physical, emotional, financial or sexual abuse. Getty Images

Alison Silgardo, the society’s CEO, attended the June 7 council meeting to thank the city for its ongoing support in promoting awareness around elder abuse. She also appeared on behalf of the New Westminster Community Response network, which works with community members to build awareness, particularly around issues of abuse of older adults.

“Tragically, this has never been more true than during COVID-19. Incidents of elder abuse have increased substantially this year,” she told council. “Domestic violence has increased dramatically and crisis line calls continue to be at an all-time high.”

According to Silgardo, statistics indicate that approximately 10% of all older adults will experience some form of physical, emotional, financial or sexual abuse.

“At Seniors Services, we are receiving an alarming number of reports that older adults are being discriminated against, particularly when it comes to housing,” she added. “Older adults deserve better, and they deserve to be treated with dignity and respect. They do have a right to financial security, safe housing and to live free from abuse and discrimination.”

Silgardo told council about Annabelle and her husband, who lived in a New West house that they shared with their adult children.

“They are financially independent but could not access their money. When we heard about Annabelle and her husband, they were confined to the basement suite. Their application for replacement credit cards were met with the cards being confiscated by their children. They were forced to use a bucket as a latrine and they were restricted from any social connection,” she said. “With the support of the local police and community, we were able to escort them to safety and provide them with funding for transportation and storage of their property.”

Robert, 90, lived in a strata apartment that he’d owned for 30 years, before withdrawing equity from his condo to help his son.

“As his son did not return his money, the bank foreclosed and sold the apartment. A friend reached out to us as he was now homeless,” she said. “These are some of the stories of older adults that we support. On average we have been receiving 12,000 to 14,000 calls a year.”

“As change starts with awareness and knowledge, I am grateful to be able to work with you to build better community supports and services for older adults to create meaningful and lasting change,” Silgardo said. “I would like to invite everyone to join us on June 15 in observing World Elder Abuse Awareness Day by wearing purple to show that we are all united in the support of preventing elder abuse.”

Mayor Jonathan Cote thanked Silgardo for sharing some of the difficult stories of seniors who’ve been assisted by the society.

Coun. Chuck Puchmayr said seniors housing is “a crisis” at this time and an increasing number of seniors are finding themselves homeless at a time when they should be cared for and not thrown into the streets.

“This is a real shocking trend. Certainly I am seeing more and more of it all the time. I don’t think there is an end in sight,” he said. “The work that you do is so important, and the work that we all do when it comes to trying to protect our seniors and our elders, and keeping them in shelter is going to be very critical in the months and years to come. So thanks for keeping this on the front burner for us.”

Coun. Chinu Das said the COVID-19 pandemic has highlighted a variety of issues, including food insecurity and housing insecurity for seniors.

“I think it’s a very, very important topic. Elder abuse quite often gets unrecognized. It’s hidden, and when it is exposed sometimes it’s met with violence,” she said. “I think the more we expose it and talk about it, that’s a very good step, and then of course we need to support it.”

Anyone wanting to learn more about elder abuse, the warning signs or what to do when they see it, can contact the Seniors Services Society at 604-520-6621.

As part of World Elder Abuse Awareness Day, community members are invited to attend a short online presentation about elder abuse – what it is, what it looks like, what it feels like, and who to reach out to if you are experiencing it or if you feel like someone you know is going through it. The session, taking place on Tuesday, June 15 from 11 a.m. to noon on Zoom, will be facilitated by Odessa Ditson, community support for elder abuse with New Westminster’s domestic violence response team.

To register for the free session, go to www.tinyurl.com/NWElderAbuse.

Diversity and inclusion at heart of New Westminster’s new equity framework
May 31, 2021 9:24 AM
Comments