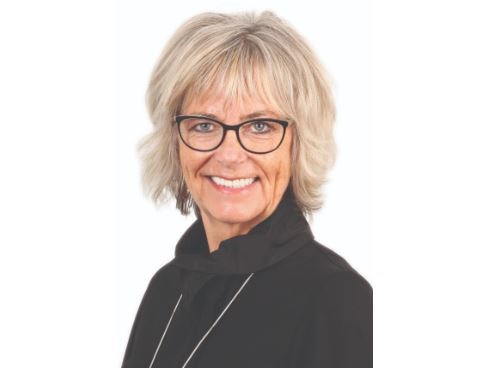 Lynda Edmonds, CEO of Fraserside Community Services Society, is nominated for a 2019 YWCA Women of Distinction award in the non-profit category.Contributed

The woman at the helm of Fraserside Community Services Society has been nominated for a YWCA Women of Distinction award.

Lynda Edmonds, CEO ofFraserside Community Services Society, is among the nominees for 2019 YWCA Women of Distinction awards. Edmonds is one of nine nominees in the non-profit category.

“As CEO, Lynda led the successful transition of Peterson Place, a Fraserside program on the leading edge of public policy for homeless people with mental health and addictions issues, from a facility experiencing frequent critical incidents that compromised the safety of persons involved, to a campus community that prioritizes the safety and well-being of all,” said a notice about her award. “She evolved Fraserside’s practicum placement approach into a pipeline program to recruit and maintain volunteers and staff, and she developed the concept and infrastructure for Fraserside’s recruitment of Knowledge Philanthropists. Under her leadership, Fraserside received the Not-For-Profit Business of the Year – Over $1 Million 2015 Platinum Award from the New Westminster Chamber of Commerce.”

Women of Distinction Awards are also given out in the following categories: arts, culture and design; business and the professions; community champion; education, training and development; entrepreneurship and innovation; environmental sustainability; health and wellness; research, the sciences and technology; young women of distinction; and outstanding workplace.

Since taking on the role of Fraserside’s CEO in 2012, Edmonds has led Fraserside in the development of a strategic plan and helped create the infrastructure needed to measure and grow the agency.

“An experienced social worker and administrator, Lynda brings a unique combination of head and heart to her leadership of Fraserside Community Services Society,” Tamara Hunter, a member of Fraserside’s board, said in a press release. “It is an honour and achievement for Fraserside to have Lynda be selected as a nominee this year.”

According to a press release from Fraserside, Edmonds has led the non-profit to sustainable fiscal management and culture change, while enhancing its grassroots mission to support Metro Vancouver’s vulnerable people.

“Throughout her 40-year career, Lynda has put first the people for whom she works, and her accomplishments are synonymous with theirs,” Hunter said. “She truly believes, ‘we all belong.’”

YWCA Women of Distinction Awards honour female leaders whose outstanding achievements contribute to the well-being and future of communities across Metro Vancouver. This year’s winners will be announced at an awards gala on May 13 in Vancouver.

1315
New Westminster neighbourhood aims to make Lunar New Year magical in 2021
293
Transit police seeking man who allegedly pushed woman to the ground unprovoked at SkyTrain station
224
UPDATE: Here's where you could be able to buy cannabis in New West
158
OPINION: Here's how those millionaires managed to skip the vaccination line
148
ICBC launches online tool to calculate savings with new program