New West deemed to be a millennial hot spot in 2021 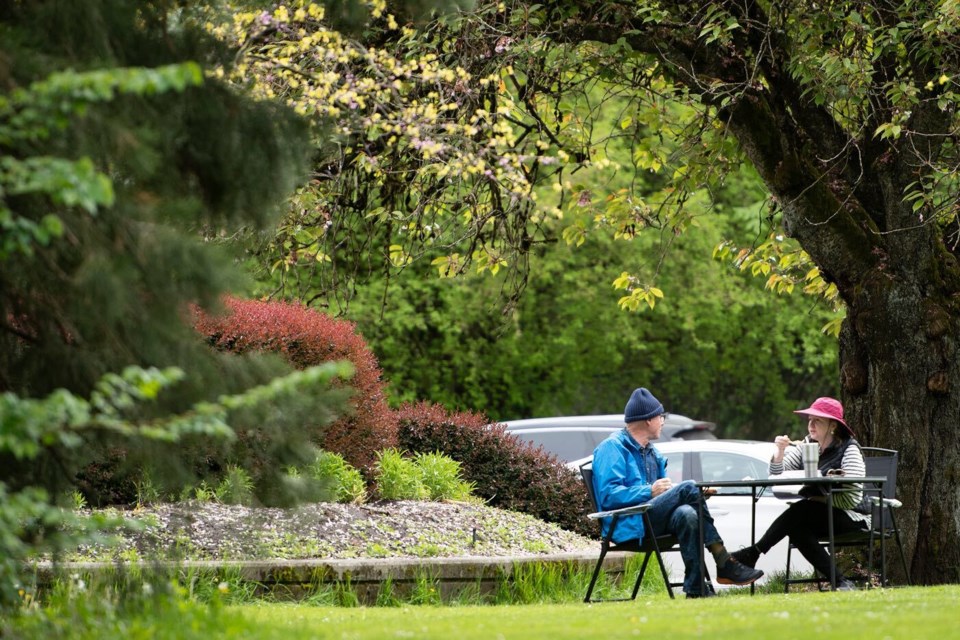 Diversity, walkability, central location, greenspace - and people - are some of the reasons local millennials say they love living in New Westminster.

Health care and climate may not be what first comes to mind when locals ponder what they love about New West, but that’s what helped catapult New Westminster into the Top 10 places in Canada for millennials, according to a recent study.

The newly released study by Point2, an international real estate search portal, looked at 85 Canadian cities and, using nine criteria, including home prices, income and life satisfaction, calculated how attractive each city is for millennials. Point2 used data from several sources, including Statistics Canada and the Canadian Real Estate Association.

With its sixth-place ranking, New West topped all other Metro Vancouver cities as the hot spot for millennials in 2021.

“The same report we did back in 2018 placed New Westminster on the 11th spot, but three years and a global pandemic later the city is becoming more attractive for millennials and takes the sixth spot,” Monica Alistar, a communications strategist with Point2, said in an email to the Record.

Point2 analyzed nine factors for 85 Canadian cities to come up with its rankings. Aside from income and housing, it included seven other criteria it felt were important to millennials: unemployment rate; life satisfaction; crime rate; health care; climate; level of education; and the percentage of millennials in the total population.

“The most desirable places for young professionals represent the perfect mix between affordable housing, lifestyle options that promote great life satisfaction, low crime rates, and, last but not least,  great weather and like-minded people,” states a posting on the Point2 website. “And while the top 10 cities offer the perfect balance between all of these factors, certain cities perform better than the most attractive hubs in certain categories.”

Of all 85 cities considered in the study, New Westminster placed second when it came to health care. Point2 states that factors such as the quality of the health-care system, health-care professionals, equipment, doctors and costs “weigh heavy” when people are deciding where to move to.

New West placed ninth in terms of cities with the lowest unemployment rate and 17th in the share of millennials among the city’s population. The city ranked 24th in higher studies (the percentage of the population with a bachelor’s degree or higher), 27th in overall life satisfaction and 40th in income.

Further down the list, New Westminster ranked 48th in terms of home prices. That compares to Trois-Rivières, which ranked first with what Point2 claimed to be the lowest home price of all the cities included in the analysis.

Of the 85 cities included in the study, New Westminster ranked 50th on the crime severity index. (The study used data from Statistics Canada.)

According to Point2, some cities “are doing better than” others on the crime front, such as Burlington, Oakville and Caledon in Ontario and Levis, Quebec, which have crime severity index (CSI) rates below 30%.

Victoria, which fell to eighth place from its second-place spot in 2018, was the only other B.C. city to make the Top 10. Quebec City (which also placed first in 2018), Ottawa, Kingston, Halifax, St. John’s, took the top five spots on the list, with Levis (Quebec), Waterloo (Ontario) and Trois-Rivières (Quebec) placing seventh, ninth and tenth.

And just how did New West’s neighbours in Metro Vancouver fare?

Burnaby just missed the Top 10 with its 11th-place finish, two spots ahead of Vancouver. North Vancouver was 22nd and Richmond placed 25th, but other cities in the region trailed behind: Coquitlam – 48th; Surrey – 71st; Maple Ridge –84th; and Township of Langley – 85th.

Millennials are generally defined as people being born between 1980 and 1996.

The Record went to Twitter to get some feedback from local millennials about what they think makes New West a good place to live, work and play.

For the record, health care and the climate didn’t factor into any of their responses. Instead, many people cited the city’s central location and its diversity as some of its strengths.

“It’s very diverse (in all the ways) so lots of folks can feel at home here,” she said.

Tweeted @kylalala9: “It is very walkable. You don't need to get in your car all the time. Increases the sense of community.”

@theregoescarly has similar thoughts on what makes New West special:

“It might be just me but I find that people in #NewWest want to help others and see our community grow, develop and evolve. Another’s success does not diminish one’s own,” she tweeted. “Many are connected online and/or in person. Also, high-fiving the mayor is awesome.”

Melissa Smalley, who has lived all over the Lower Mainland, loved how central New West was when she lived here – and that you could get to most other communities in 30 minutes or less. “Great food too.”

“Such incredible community vibes, diverse and inclusive,” said @leannarosey. “Big support for local businesses. Lots of green space and parks. Accessible to many lower mainland areas (SkyTrain, close to highway, etc). And it might not be the ocean, but the Fraser ain't half bad!”

“As others have said, love the small town feel with all the big city comforts. And I love living in DTNW,” said the downtown resident. “It’s changed so much in 14 years. But it’s always felt like home!”

While Point2’s study focused on millennials, non-millennials provided input about the city’s offerings.

“I think I’m actually gen Z (I’ll turn 20 next month) so maybe I’m too young but I love New West because of access to nature/parks, walkability, great small businesses, and unique quirks/traditions/heritage like May Day & the Hyack festival,” tweeted Kate Haberl. “That, and my family lives here.”

Jon Jennings sums up rather nicely what makes New West such a special place for many residents.

“Non-millennial but... People,” he tweeted. “You could pick up & drop this community of people anywhere in the world and they'd turn it into a lovely place to call home. Not that New West doesn't have great parks, restaurants etc but it's the people that make it different from everywhere else.”

For more details on the rankings and the criteria and data sources used to compile the rankings, view the Point2Homes report "Top Millennial Hot Spots in 2021."

#ReDiscoverNewWest campaign returns with a shop local focus in New Westminster
May 31, 2021 3:55 PM