Looking back at the Great Fire in downtown New Westminster

In the context of New Westminster’s history, last weekend was a vitally important date. On Saturday and Sunday, Sept. 10 and 11, 118 years ago, this city was the scene of a massive fire that destroyed a major portion of the downtown area.
Sep 15, 2016 9:33 AM By: Archie And Dale Miller 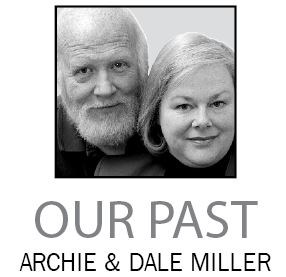 In the context of New Westminster’s history, last weekend was a vitally important date. On Saturday and Sunday, Sept. 10 and 11, 118 years ago, this city was the scene of a massive fire that destroyed a major portion of the downtown area. Each year there are questions about this event as people seek information, photos, artifacts and other reminders.

In the week or two after the blaze in 1898, the city was filled with activity as the town recovered, cleaned up and made plans to carry on.

The town was also alive with visitors – tourists if you will – who came for a short time to look around, to see the devastation, to find out for themselves what had occurred during the conflagration that started late on that Saturday evening and ended the following Sunday morning.

Of course folks came over from Vancouver and from throughout the Lower Mainland and Fraser Valley, but there were also people from Vancouver Island and around the Gulf, and from a number of U.S. towns, particularly those on Puget Sound.

New Westminster had strong traditional ties, both commercial and social, with this vast area and there was a strong interest in seeing that the Royal City rose once again to be part of all the activities and the local economy and a major promoter of the region’s cultural and social base.

For those people who came for a “visit”, there would have been some importance placed on what to see and where to see it. Were there vantage points to get a good view – perhaps a spot from which to take a photograph or two as reminders of what had been?

From what we are able to see from the “snapshots” taken by these folks, a popular location was across the Fraser River, where the extent of the destruction could be clearly made out and major shells and free standing walls of fire-gutted structures easily noted.

Walking through this devastation along Columbia or Front street, a visitor who was familiar with the city would have noted the tremendous loss wherever they looked. The street of popular stores and offices was gone.

The market was gone. The docks were gone. The opera house was gone. The library was gone. The post office was gone. Their favourite Chinese shops were gone. A number of churches were gone.
But if they looked further, they would have been somewhat heartened by the fact that as they moved away from downtown, they saw that the city was still there. Houses, streetscapes and small shops up the hill were all there.

Along the waterfront both upstream and downstream, the work continued with great determination. Queen’s Park was a bustling place as a Provincial Exhibition was soon to open.
One-hundred-and-eighteen years ago in mid-September 1898, the City of New Westminster, was steadfastly recovering from a defining event.

Opinion: This is how even young people are destroying their hearing
May 9, 2021 8:38 AM
Comments