Everyone from the mayor to the medicos will be pulling together to support the pursuit of excellence and to celebrate the Royal City as New Westminster “Unites Under the Lights” for the Hyacks’ football homecoming.
Sep 9, 2015 11:37 AM By: New West Record 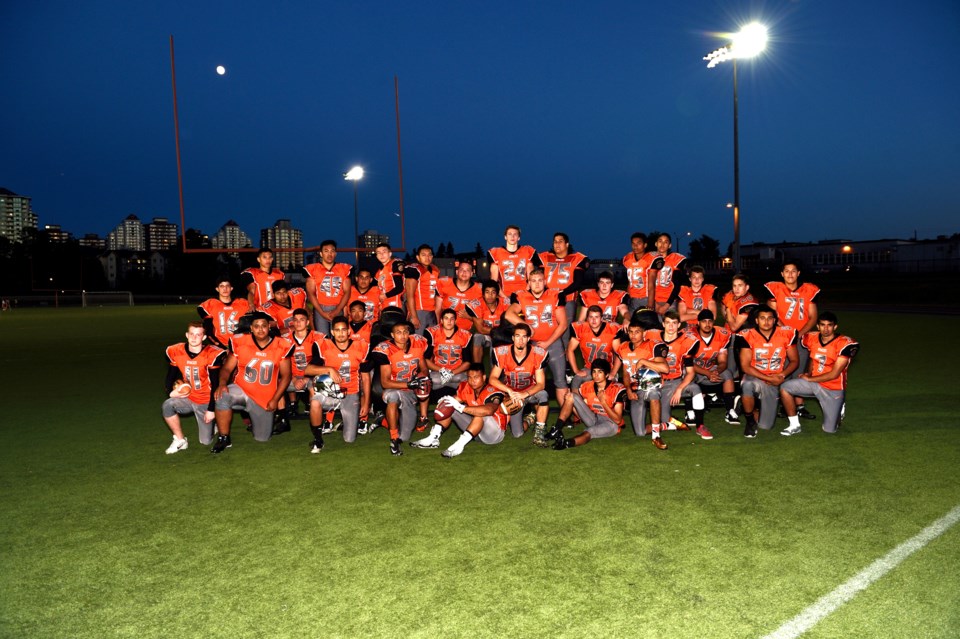 The hometown team: The Hyacks varsity team takes on G.W. Graham Grizzlies from Chilliwack as New Westminster "Unites Under the Lights" for the 11th annual homecoming game.Alan Wardle/Contributed

Everyone from the mayor to the medicos will be pulling together to support the pursuit of excellence and to celebrate the Royal City as New Westminster “Unites Under the Lights” for the Hyacks’ football homecoming.

That’s the theme for this year’s Hyacks’ football homecoming game festivities, Sept. 25 at Mercer Stadium. The whole community is invited to cheer on the Hyacks Varsity team as they take on the G.W. Graham Grizzlies from Chilliwack.

The pre-game starts at 4:30 p.m. with the annual flag football challenge for Hyacks alumni. Family-fun follows at 5 p.m. and features on-field kids’ activities like the bouncy castle and football toss. There’s also the raffle for a car, being provided by event sponsor Key West Ford.

The 11th homecoming game kicks off at 7:30 p.m. after the game ball is parachuted onto the field by the B.C. Sky Diving Team. Fireworks are guaranteed on the field and after the game as well, to cap the celebrations.

“We have always tried to create our program as one that builds community,” said Hyacks head coach Farhan Lalji.

“From developing the future leaders of New Westminster, to hosting a wonderful gathering of residents of all ages at homecoming, Hyack football takes a great deal of pride in New Westminster. We invite all groups from the Royal City to come out on Sept. 25 and show the spirit that makes our community unique.”

The Hyacks football program is based on the pursuit of excellence on the field, in the classroom and in the community. It’s exemplified by the marquee of the annual homecoming game. More than just a football game, it’s a community celebration. Capture some of that spirit this Sept. 25 at Mercer Stadium.