New Westminster knitters are invited to lend a hand in a community art project for Remembrance Day. The red poppy, a symbol of soldiers who have died and fought in armed conflicts around the world, will be the focal point of an art project.
Oct 20, 2016 10:31 AM By: Theresa Mcmanus 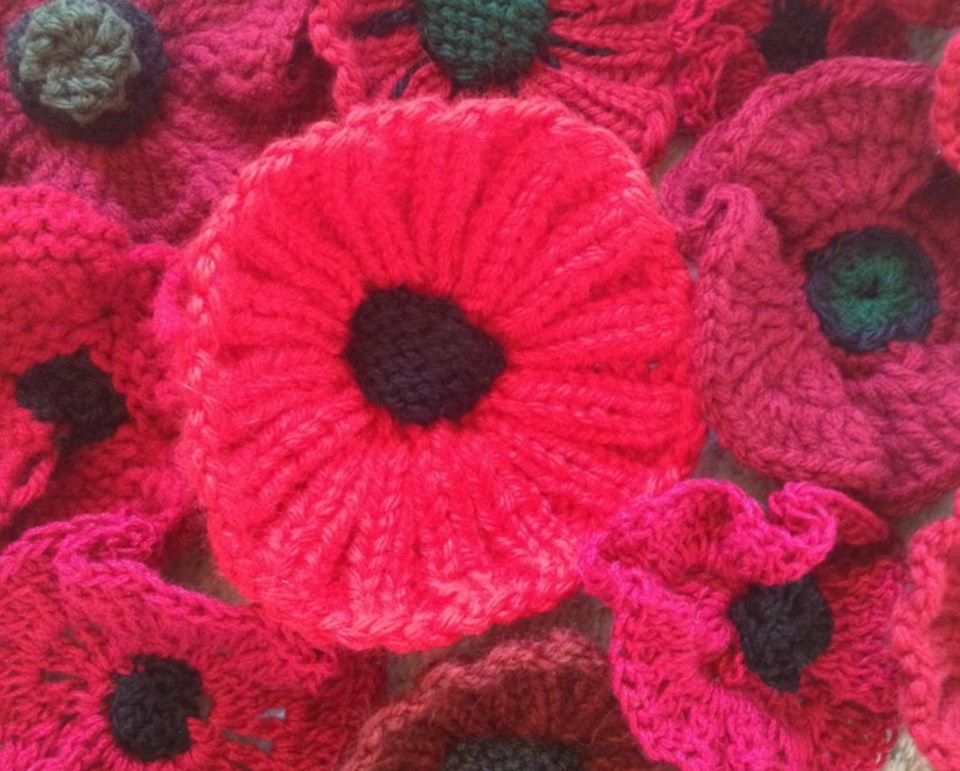 Poppies wanted: Members of local knitting circles are stitching up poppies for a community art project.Contributed

New Westminster knitters are invited to lend a hand in a community art project for Remembrance Day.

The red poppy, a symbol of soldiers who have died and fought in armed conflicts around the world, will be the focal point of an art project. The group is collecting handmade, knitted or crocheted poppies for a large art installation meant to honour all Canadians who have experienced the horrors of war.

“We are hoping to make a large blanket, covered with handmade red poppies, to be displayed in a prominent public place and to be a focal point of remembrance,” said a press release about The Poppy Project. “In contrast to professionally commissioned artworks, this piece will be created and put together by regular Canadian citizens and will incorporate messages from their hearts.”

Reena Meijer Drees, who learned to knit from her grandmother when she was 10, is part of a knitting circle that meets weekly. Along with creating a poppy blanket, she said the plan is to create a memory book to accompany the blanket.

“We are hoping to have a memory book so people can dedicate their poppy. We will collect those little pieces of text and put them in a book with some photos of the end project,” she told the Record. “Our dream is to have it displayed in Anvil Centre. People could walk by and leaf through the book and look at the blanket.”

The group may not have enough poppies to complete the project in time for Remembrance Day 2016 but will continue collecting poppies until enough have been made for the project.

“It will be ongoing if it doesn’t happen this year. We keep making those poppies and putting them together to make it bigger,” she said. “Right now we have about 25 poppies. We need hundreds.”

Organizers estimate it takes about 10 poppies to cover a square foot, which means 500 poppies would create a five- by 10-foot blanket. The size of the final product depends on the number of poppies donated toward the community art project.

Earlier this year, three Australians joined forces to honour their father’s service in the Second World War. The project blossomed and resulted in an installation of more than 300,000 handmade poppies that was first installed in Melbourne, Australia before making an appearance at the Chelsea Flower Show in London, England in May 2016.

“It was big enough to transport in a jumbo jet to go to the Chelsea flower show, where it became the carpet in front of Buckingham Place,” Meijer Drees said. “It’s huge.”

While they’d like to create a piece that’s big enough to be part of the city’s official Remembrance Day ceremonies, they’re not sure where it will go from there. Meijer Drees is part of two local knitting circles that are working on poppies for the project.

Information on how to participate and poppy guidelines can be found at www.thepoppyproject.knit1take2.com.