Folks of all ages are invited to celebrate International Grandparents Day in New Westminster. The Parent Support Services Society of B.C. is holding its fourth annual Grandparents’ Day Festival and Stroll on Sunday, Sept. 9 at River Market.
Aug 31, 2018 1:05 PM By: Theresa Mcmanus 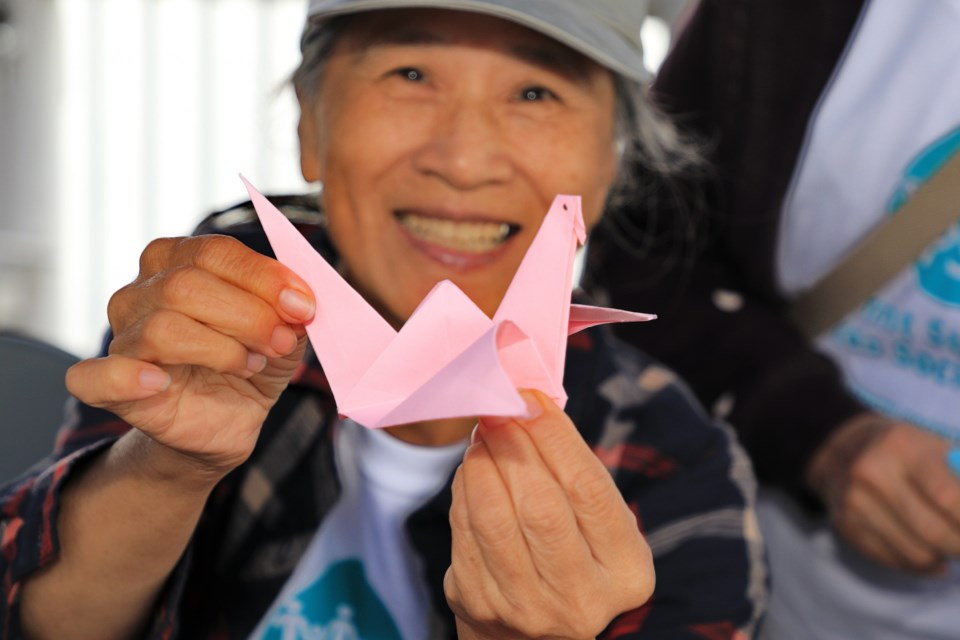 New West residents of all ages are invited to celebrate Grandparents Day at the Grandparents’ Day Festival and Stroll on Sunday, Sept. 9 at River Market.

Folks of all ages are invited to celebrate International Grandparents Day in New Westminster.

The Parent Support Services Society of B.C. is holding its fourth annual Grandparents’ Day Festival and Stroll on Sunday, Sept. 9 at River Market. The event, running from 10 a.m. to 2 p.m., is a family event that includes live music, entertainment, kids’ games, community information tents and a fundraising walk and silent auction.

“All families are welcome,” said Bella Cenezero, the society’s director of Circles and Community Development. “There are lots of events happening there, lots of resources for grandparents and children, activities for children.”

While International Grandparents Day is a day to celebrate all grandparents, the society urges people to think about the growing number of grandparents and other relatives who are taking on the role of parenting when the parents are unable to do so.

The City of New Westminster has proclaimed September as Grandparents Raising Grandchildren Month in the city, noting it’s estimated that more than 13,000 children in British Columbia are being raised by their grandparents or other relatives because their parents are unable to do so due to reasons such as death, mental health issues, substance misuse (including the current opioid epidemic), incarceration or violence in the home. While research shows that there are benefits to children being raised by relatives, the city’s resolution states that grandparents face grief, isolation, financial hardship and worry about how to provide long-term for their grandchildren.

Cenezero said the provincial organization provides services for adults who are in a caregiving or parenting role, including grandparents, through its support circles that are based on a self-help model. It also has a support line that grandparents who are raising grandchildren can call to get support and information about their rights and their responsibilities.

“They really need that support because they are facing a lot of challenges,” she said. =

Some grandparents may have a lack of financial resources and may need to go back to work after retiring.

“They are dealing with their adult children who are unable to parent their grandchildren. They have lost their support network – a lot of their peers don’t want to associate with them with having children around them. They have let go of their opportunity to enjoy their vacations or travels and they have to be looking after their grandchildren,” Cenezero said. “The grandchildren are also facing a lot of challenges and issues. They have lost their parents. A lot of them are having some special needs or behavioural challenges.”

According to the society, a 2009 survey found that these children have often experienced trauma, with 68 per cent of kids in grandparent-raising-grandchildren families having physical, emotional or behavioural challenges. A 2005 Canadian study found that one-third of grandparent-headed households with young children had annual incomes of less than $15,000.

When the city was first asked to proclaim Grandparents Raising Grandchildren Month, Mayor Jonathan Cote said he was unaware of the large number of grandparents in that situation.

“Often these children come from a variety of different circumstances but some come from very challenging circumstances,” he said. “We really appreciate your work and the support that is desperately needed for grandparents in this situation to be able to take on child-raising responsibilities.”

While the Lower Mainland event marking Grandparents Day on Sept. 9 is taking place in New Westminster, other events are taking place in Prince George, Victoria and Nanaimo.