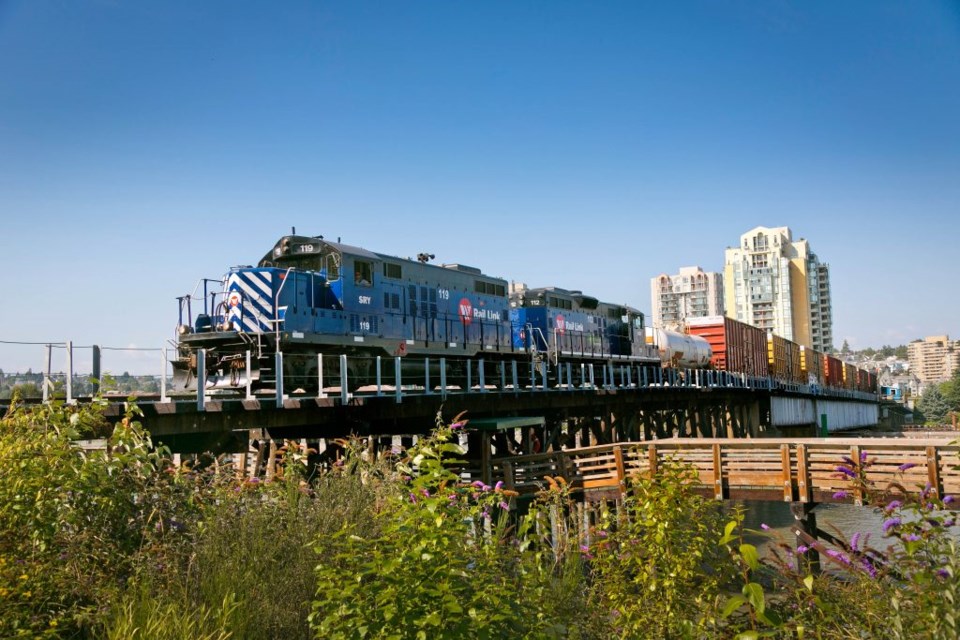 Southern Railway of British Columbia, based in New West, along with Seaspan and the Dennis and Phyllis Washington Foundation recently made this donation to the United Way that allows programs to be offered in a number of communities, including New Westminster.Contributed

A sizable donation will allow the United Way of the Lower Mainland to support a number of communities – including New Westminster.

The United Way has received $600,000 from Seaspan, Southern Railway of British Columbia and the Dennis and Phyllis Washington Foundation, with the funds being used to provide support and services to the most vulnerable members of the community, who are at even greater risk due to COVID-19.

“Seaspan and Southern Railway are deeply committed to the communities where we operate and where our employees live,” said Kyle Washington, executive chairman of Seaspan. “Care is an important value across the Washington companies and the foundation. Now more than ever our neighbours are in critical need of support. This donation is meant to support innovative programming that has significant impact.”

The money will be used to provide support and critical services to seniors, people living with a disability, people living in poverty, single parents, people with mental health concerns and others.

"I'm so pleased that New Westminster has been selected as one of the first community hubs to benefit from the Community Builder Program,” Mayor Jonathan Cote said in a press release. “Thank you to Seaspan, Southern Railway, the Dennis and Phyllis Washington Foundation and United Way of the Lower Mainland for supporting our local organizations during this difficult time and helping lift up our community as we go through this crisis."

As a result of this donation, United Way will launch a Community Builder Program in eight neighbourhoods, with funds being used in a number of ways, including micro-grants to provide community connections for neighbourhoods and funding to service agencies through COVID-19 relief grants. The initial eight hubs will be activated in New West, Delta, Abbotsford, on the North Shore, Squamish Nation and Victoria/Esquimalt.

“I am humbled and heartened by the leadership frontline workers, who are staring COVID-19 in the face every day, have been demonstrating, with strength and selflessness. These challenging times remind us all of the importance of a strong and supportive community with neighbours helping neighbours,” said Mark Lamarre, CEO of Seaspan Shipyards. “On behalf of Seaspan and our sister company Southern Railway, we’re grateful to have a strong United Way partnership to rely on that gets immediate and direct help to those most in need.”

According to the United Way, the funding will go toward supporting a Community Builder project targeting Queensborough, Connaught and Kelvin neighoubhoods.

“We will work in other areas but start there,” said a United Way spokesperson in an email to the Record. “We will also identify organizations who have had a surge in need from the community as a direct result of COVID-19 and provide an opportunity to apply for relief grants.”

The donation will also support Local Love funds which supports the United Way’s “neighbour helping neighbour model” which helps in a number of ways, including reducing social isolation.

The $600,000 donation also includes a $150,000 matching challenge; for every dollar Seaspan and Southern Railway employees and partners and United Way donors contribute, the foundation will match up to $150,000. This will expand the Community Builder hubs to five more areas, bringing the total number of neighbourhoods receiving support from this initiative to 13 across B.C.

“This extraordinary gift from Seaspan, Southern Railway and the Dennis and Phyllis Washington Foundation, allows us to immediately put money and resources where they are needed now,” said Michael McKnight, president and CEO of the United Way of the Lower Mainland. “Starting today, and over the next five months, these critical funds will allow United Way to support hundreds of thousands of people across 13 neighbourhoods in the Lower Mainland and Vancouver Island. That is a meaningful impact.”

1377
New Westminster neighbourhood aims to make Lunar New Year magical in 2021
299
Transit police seeking man who allegedly pushed woman to the ground unprovoked at SkyTrain station
232
UPDATE: Here's where you could be able to buy cannabis in New West
164
OPINION: Here's how those millionaires managed to skip the vaccination line
150
ICBC launches online tool to calculate savings with new program