Gardening tips for moles and suckers

Question: Can anything be done to stop suckers from growing up around the base of my prune tree? I have cut them off, put landscape paper around the base of the tree and even sprayed some weatherproofing tar on them, but they keep coming back.
Sep 25, 2014 2:15 PM By: Anne Marrison 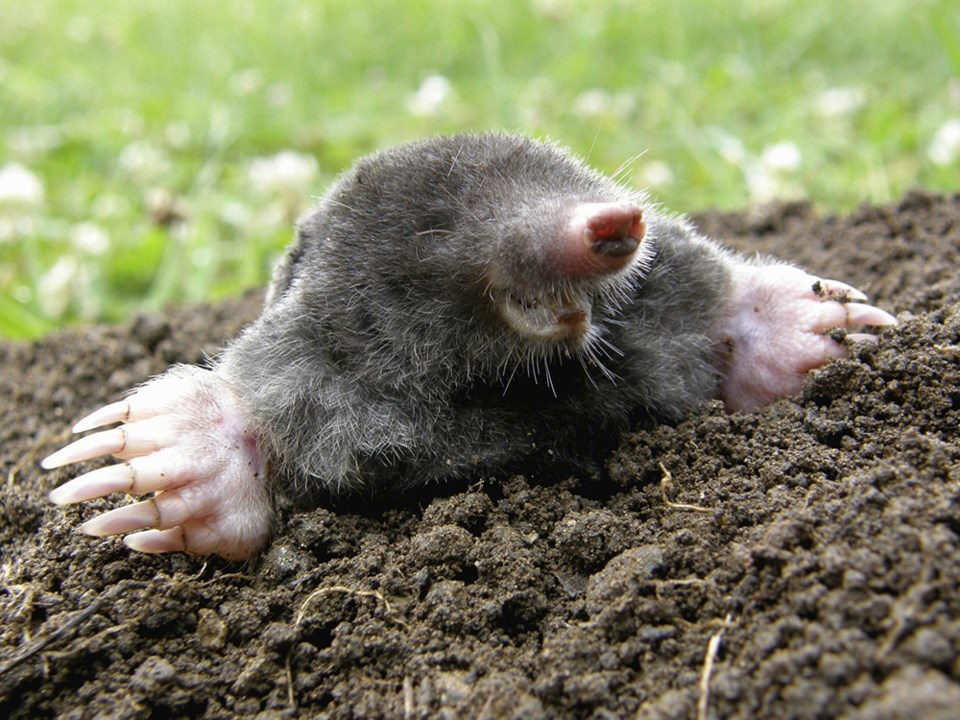 Trouble: They may be cute, but moles can be a huge challenge for gardeners.Thinkstock

Question:
Can anything be done to stop suckers from growing up around the base of my prune tree? I have cut them off, put landscape paper around the base of the tree and even sprayed some weatherproofing tar on them, but they keep coming back. The roots under the lawn are also sending up shoots.
Jean Lloyd, by email
Answer:
The only cure for most suckers is pulling them off when they are very young and tiny. It has to be pulling (not cutting) because that’s the only way you can remove the growth shoot that gives rise to the suckers.
Pruning too much tends to cause excess suckering. But even a little pruning can stimulate suckers on some trees. Prune plums are especially notorious for this.
I wonder if your tree is grafted or on its own roots? This is very significant because if it’s on its own roots, each one of those suckers, if severed with a piece of the root attached and replanted, would in time give you an identical tree. Think of your own root suckers as clones. Then you could make a fresh start with the only expenditure being time.
Often grafted trees tend to sucker more because the rootstock is an especially vigorous species chosen to get the top-growth tree off to a good, fast start.
If you have a grafted tree, any planted sucker would produce something fast-growing but inferior quality. In this case, the only cure for suckers is discarding the tree you have, digging all its suckers and planting a new tree.
More suckers would reappear for a while but then vanish when the energy of the remaining mother-tree roots is used up.
I had a similar problem with a grafted contorted hazel. Finally I layered and three years later had a new little tree which I planted.
I felt so guilty hauling the original off to the transfer station, but the suckers on the new tree stay close in to the trunk – and every one is contorted.
For the original pulling of tiny suckers, you really need to use pliers or some other grasping tool. It is very hard work and needs strong hands.

Question:
What is the most effective way to deter moles?
Raquel Barria, Coquitlam
Answer:
Deterring moles is difficult and frequently disappointing work. It’s probably little comfort to reflect that moles always pick gardens with rich, nutritious soil. In fact molehills make excellent, sometimes weed-free, potting soil.
First of all, none of the home methods for mole removal (flooding, weird noises, putting noxious plants in tunnels) are reliable. Most don’t work at all. Floods drain away and it’s no problem for a mole to simply tunnel around repellents.
There are people who specialize in mole-catching. The Fraser Valley has a number of them listed on the Internet. They usually use traps. But once moles are eradicated, the next challenge is keeping new moles away.
That’s because once a good set of mole tunnels goes vacant, they become very attractive to other moles.
So after a pause (usually a few months, sometimes longer) more moles arrive.
When gardens are on small lots, the moles may be afflicting your neighbours too and can seek refuge there before returning to you.
Anne Marrison is happy to answer garden questions. Send them to her via marrison@shaw.ca. It helps if you give the name of your city or region.

1302
New Westminster neighbourhood aims to make Lunar New Year magical in 2021
292
Transit police seeking man who allegedly pushed woman to the ground unprovoked at SkyTrain station
239
UPDATE: Here's where you could be able to buy cannabis in New West
169
ICBC launches online tool to calculate savings with new program
158
OPINION: Here's how those millionaires managed to skip the vaccination line