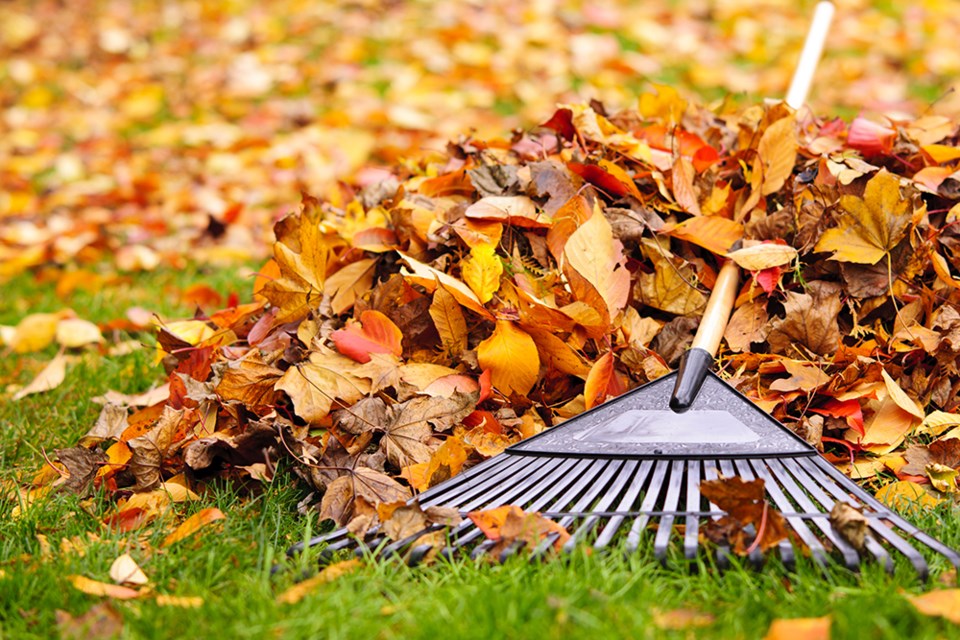 It's time to start raking leaves, but be sure to save them. There are many ways you can use them in the garden.Thinkstock

In late summer and early fall, gardens begin offering gifts that are ours for the taking – all we have to do is recognize them and put them to work.

For instance, fallen leaves are one of the most valuable resources a garden can have. Used as a top-dressing on borderline-hardy plants, a thick mulch of fallen leaves can bring some most unlikely things through the winter.

Some years ago I was fascinated to talk to a gardener who regularly overwintered pleiones (dwarf ground orchids) under a mulch of fallen leaves. A thickness of one foot (30cm) was needed to get them through.

Leaves are also a good weed-suppressing mulch in the vegetable garden. Layered around root vegetables they protect against mild frosts so that carrots, leeks and beets remain harvestable.

But beware: if voles make tunnels in the your soil don't mulch. Voles consider root vegetables their private winter pantry.

In the compost, leaves make a carbon-rich buffer when they're layered between thick  slices of green nitrogen-rich kitchen waste and weeds. With large leaves it's best to chop them up first because big leaves act like a roof, preventing the rotting process because air and moisture can't penetrate below.

The easiest answer is to heap leaves on the lawn and run over them repeatedly with a lawnmower. Do theThe final run with a catchment bag on the lawnmower. A tidier method is dumping the leaves into a clean garbage bin and shredding them with a weed-whacker. Works well for people with strong muscles.

Good temporary leaf storage can be made by making a wire corral in the vegetable garden, dumping leaves in and either putting them in the compost when needed or waiting for freezing and moisture to break them down naturally.

An alternative is storing leaves in big, plastic bags until needed. They break down reasonably well since moisture is held inside the bags.

The last mowings of the season coincide nicely with the harvest from vegetable gardens. Some gardeners used much of this space for kale, Brussels and other late-season cabbages and will use more to plant garlic.

But where space remains, those late-season grass clippings are a nutritious gift for the soil where vegetables will grow in spring. Earthworms breed under those moist, warm clippings all winter and make the soil rich and crumbly.

Another bonus at this time of year is the opportunity to gather seed and later this fall, or in spring sow it where you would like to have more of the same plant. This is almost a no-brainer with hardy annuals such as Nigella.

But almost all plants try to produce seed and scatter it far and wide. This includes many expensive and exotic species such as lilies. You don't necessarily have to gather seed either, just fragmenting and scattering the seedheads in the site of your choice can be

News Flash: The Alpine Garden Club of B.C will hold its fall plant sale 12 noon - 4 p.m. on Sat. Sept. 20, 2014 in the VanDusen Floral Hall. Great variety of alpine, woodland and other species grown by club members and other small BC nurseries. Also seeds from members on several continents. Cash or cheques only, please.

Anne Marrison is happy to answer garden questions. Send them to her via amarrison@shaw.ca  It helps me if you mention the name of your city or region.