Eric Green has had his share of health scares, but when a doctor at Royal Columbian Hospital recently asked him during an emergency whether he wanted life support, Green said it was like being hit by a brick.
Apr 8, 2015 10:17 AM By: Cornelia Naylor 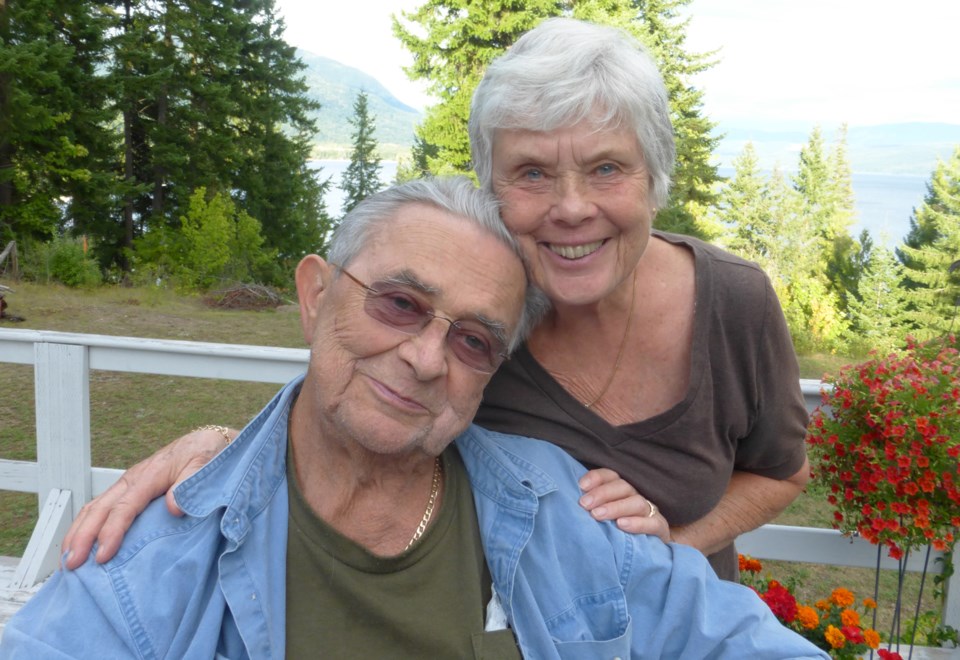 Eric Green has had his share of health scares, but when a doctor at Royal Columbian Hospital recently asked him during an emergency whether he wanted life support, Green said it was like being hit by a brick.
The 71-year-old retired businessman had come to the New Westminster hospital with aspiration pneumonia, and that problem had been dealt with.
Then his blood pressure suddenly tanked, and doctors had to give him life-saving drugs to keep blood flowing to his brain.
For Green, it was a wake-up call, telling him to “get his ducks in a row” in case he ever got too sick to make such life-and-death decisions for himself.
In medical-speak, that process is called “advance care planning,” and it’s the theme of an informational fair at Century House on April 11.
The event, designed for young and old alike, is aimed at helping people sort out and talk about what they would and would not like doctors to do if they faced death and were unable to speak for themselves.
“I’d like to think that I could have control over those things if it comes to end of life,” Green told the Record.
Communicating his wishes has become even more important to Green since he found out his pneumonia was actually caused by inclusion body myositis (IBM), an incurable muscle-wasting disease creeping up his body and making it hard to clear mucus from his throat.
“Basically they’ve said that I will probably choke to death,” he said.
If that happens, he has decided he doesn’t want to be saved by a breathing tube, since inserting one would likely break vertebrae in his neck fused together by arthritis years ago.
Between the IBM and his heart problems, doctors have told Green he is nearing the end of his life.
“It scares the hell out of me,” he said. “It does, but I’ve accepted it. I’m not trying to fool myself.”
Part of facing death head on, for Green, has been talking his wishes over with Carol, his wife of 50 years, and their two adult children, Holly and Robert.
“There’s a point in my life to let me go,” Green said, “and we discussed that.”
For Carol, having a clear picture of her husband’s wishes is a comfort as she faces an uncertain future.
“You know that things are in place,” she said. “I know that I can get help, and hopefully the help will be successful. And even if it’s not, it’s successful.”
Dr. Joelle Bradley, the RCH hospitalist behind the advance care planning fair, knows first-hand the grief families go through when her patients haven’t talked about their end-of-life wishes before ending up in hospital and not being able to speak for themselves.
“That’s when your loved ones need to start making medical decisions on your behalf, and those are the really heart-wrenching ones,” she said.
She has seen it tear families apart.
She has also seen how frank and open discussions about death before a crisis can bring families together during the most difficult times.
Don and Elaine Kelley didn’t have all their T’s crossed and I’s dotted when Don’s health took a turn for the worse at RCH this spring, but they shared important core values, Elaine said, and had talked about death over the years.
Those things held them in good stead when the family was suddenly faced with the end of Don’s life last month.
A retired Burnaby educator and union leader, Don had struggled with health problems since his 40s.
In January, the 79-year-old was admitted to RCH with an intestinal issue from which his family had expected him to recover.
But then his health spiraled.
At one point he was unable to make decisions for himself.
“All his systems were collapsing right in front of us,” Bradley said, “and I had to take the family aside and tell them what I expected his long-term prognosis to be and what the prognosis might be in the next few days.”
Elaine and her daughters, Leah and Michelle, went along with one round of dialysis and aggressive antibiotics before deciding – based on his longterm prognosis – that Don wouldn’t want any further aggressive treatment.
They were right. Don’s condition stabilized and, when he was able to speak for himself, he opted for palliative care.
Bradley described the days that followed as one of the most profound end-of-life phases she had ever seen.
One day saw Don, surrounded by family and friends, enjoying a few sips of Scotch and bites of gourmet steak at his request.
“We all toasted Don,” Elaine said. “It was just so delightful.”
His last moments a few days later saw him unconscious but breathing peacefully.
Music played, and his wife and daughters were by his side, looking through family photos on a laptop.
At one point, Elaine looked up at him after laughing at a photo of one of their grandchildren.
“His respirations were still nice and even,” she said, “and then he just suddenly stopped breathing.”
For Elaine, a retired nurse, knowing what Don wanted for the end of his life and having the whole family on board, brought peace to a moment she knows would have looked very different if doctors had been scrambling to save him.
“We were all together, and there were a few tears, but we were so empowered,” she said. “I can’t believe how we were. We weren’t broken up. It was a passage. …It was the end of a beautiful life, and an incredible time together.”