Burnaby-New West athletes didn't get to race, but still ran onto All-Academic Team

Simon Fraser junior Emily Chilton and sophomore Teagan Harris did not get the chance to run the course this season but they maintained excellence in their academic courses.
Mar 27, 2021 6:47 AM By: Contributed 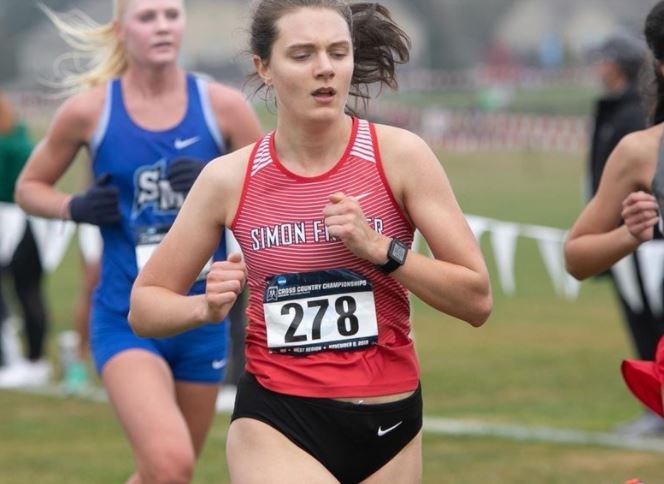 Simon Fraser junior Emily Chilton and sophomore Teagan Harris did not get the chance to run the course this season but they maintained excellence in their academic courses.

Chilton and Harris lead a total of nine student-athletes from SFU named to the 2020-21 Great Northwest Athletic Conference Cross Country All-Academic Team - which honours academic excellence in the GNAC.

Chilton, from New Westminster, led the women’s team with a 3.99 GPA as a biomedical physiology major. She had the highest GPA among 45 women honoured by the GNAC. Chilton placed 25th for Simon Fraser at the 2019 GNAC Cross Country Championships and went on to place 96th at the NCAA West Regional Championships.

Chilton and junior Calli Charlton, a senior studying Behavioral Neuroscience and carrying a 3.90 GPA, were repeat selections to the team. Charlton, from Vancouver, placed 83rd at the West Regionals in 2019 after placing 27th in the conference championships.

Rounding out selections to the women’s team were seniors Amy Morris, from Nanaimo, who has a 3.44 GPA in Molecular Biology and Chemistry, and Claire Noort of New Westminster, who has a 3.22 GPA in History and First Nations Studies. Noort placed 30 at the 2019 conference championships. Campbell River’s Mairin Shields-Brown, a sophomore who was 52nd at the 2019 West Regionals, was also honoured after posting a 3.41 GPA in Resource & Environmental Management in the Faculty of Environment.

Harris, from Ottawa, led the men’s team with a 3.64 GPA on the All-Academic Team as a Business Administration major. A repeat selection to the men’s team was senior Aaron Ahl, from Calgary, who has a 3.22 GPA in Biomedical Physiology. In 2019 when Ahl last raced, he placed 19th at the GNAC Championships and 39th at West Regionals.

A pair of sophomores, Ephrem Mekonnen of Burnaby, and Brendan Moore of Calgary, were also named to the All-Academic teams. Mekonnen has a 3.58 GPA in Behavioral Neuroscience. Moore is in the Beedie School of Business with a 3.22 GPA.

To qualify for the GNAC All-Academic Teams, presented by Barnes & Noble College, nominees must be of sophomore eligibility or greater, have a minimum cumulative GPA of 3.20 or greater, be a letter-winner on their team and must be in their second year at the nominating institution.