Bringing a bright star back to life

She was known as the life of the party and often referred to as “Beyoncé.” She was kind, caring and generous. She could always be counted on to make someone laugh. She was January Lapuz, and on Sept.
Aug 17, 2015 4:05 PM By: Cayley Dobie 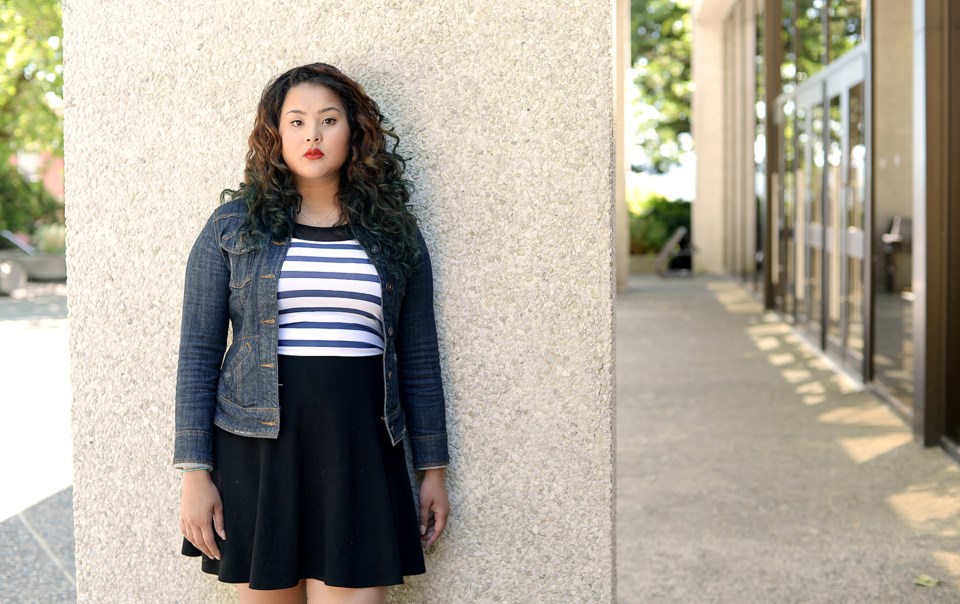 Kwantlen Polytechnic University student Lenee Son is directing and producing a documentary on New Westminster resident January Lapuz on behalf of Sher Vancouver. Lapuz, who was a trans woman, was killed in her home in New Westminster in 2012. Her death sparked “Justice for January,” a community-driven march from city hall to the court house on Carnarvon Street.Jennifer Gauthier

She was known as the life of the party and often referred to as “Beyoncé.” She was kind, caring and generous. She could always be counted on to make someone laugh.

She was January Lapuz, and on Sept. 12, 2012, she was killed in her apartment in New Westminster. Her death sparked Justice for January, a community march from city hall to the court house on Carnarvon Street.

Lapuz was well known in the Lower Mainland LGBTQ community. She was a member of Sher Vancouver, a social, cultural and support organization for LGBTQ South Asians, and she was the first transgender person to hold an executive position with the organization.

But Lapuz’s life wasn’t an easy one. As an immigrant and transgender woman, she faced many challenges. She lived in poverty and worked in the sex trade.

Now two students are hoping to share Lapuz’s story with the world.

Lenee Son is one of the two Kwantlen Polytechnic University students tasked with telling Lapuz’s story. Son, who is Canadian-Cambodian, was approached by one of her instructors about the project. She interested right away and quickly jumped on board.

“They were looking to do this story, but they also wanted to have this film done by women of colour,” she said. “They didn’t want to pick a well-known filmmaker, they wanted to give us the opportunity to do the film.”

Son, who lives in Surrey, had never heard about Lapuz, her story or what had happened to her. When she started researching Lapuz and her life, Son was shocked and saddened she hadn’t known about Lapuz previously.

“I think one of the biggest things why I was in shock was because, to me, the story is such a huge story. She’s a trans woman of colour who was murdered and I have not heard her name at all, and I feel like lately there have been a lot of trans women in the media and the news, and there’s been kind of this movement that’s focusing on trans women, so why isn’t January’s story being covered? Why haven’t I heard about her?” Son said.

Son and fellow filmmaker Elina Gress started the project last January, a fitting coincidence. They’re still in the early stages of production right now, mostly booking interviews with some of Lapuz’s friends and family members and doing some background research.

Their vision for the film, which will be a short documentary, is to share Lapuz’s story, including her murder, as well as capture the kindness and compassion Lapuz shared with everyone. Son also hopes to bring attention to trans issues and, in a way, liberate marginalized and oppressed people.

“I think there’s been a long-standing tradition of these trans issues being pushed under the rug, and because January was active in the trans community, we want to preserve her legacy and continue that activism of trans awareness,” she said.

While Son admits she herself does not identify as a trans person, she wants to help bring their issues out into the light, so to speak, without speaking for them. She hopes as the project continues, more trans people will speak out about the challenges they face.

Son and Gress are currently running a Kickstarter campaign online to raise money to help cover the costs of making the film, including transportation, equipment, purchasing court documents and more. A previous campaign raised just over $1,000, and they’re hoping to raise about the same amount this time around.

“I think why this film is so important is, it is about January, but what happened to January is not an isolated incident or situation. This happens way more often than we think, and people don’t know that these things happen,” Son said.

To donate to the project, visit www.kickstarter.com and search “January’s Story – Trans Women of Colour Matter.”