These B.C. communities did not see their property values increase

There are few regions in B.C. that did not see a significant rise in residential property values, according to the most recent BC Assessment reports released Jan. 4.

Whereas most regions saw property values increase by roughly 15% to 35%, some of the province’s northern municipalities realized fewer gains. In fact, only the tiny district of Taylor saw a negative gain, at -4% for a detached home property, according to BC Assessment. Meanwhile, Kitimat posted a 0% change over last year for detached homes.

“Northern B.C. property values for most communities are generally up five to 35% with only a couple of exceptions,” stated northern B.C. deputy assessor Beau Rossel, adding that overall, northern B.C.'s total assessments increased from over $72 billion in 2021 to over $81.7 billion this year. 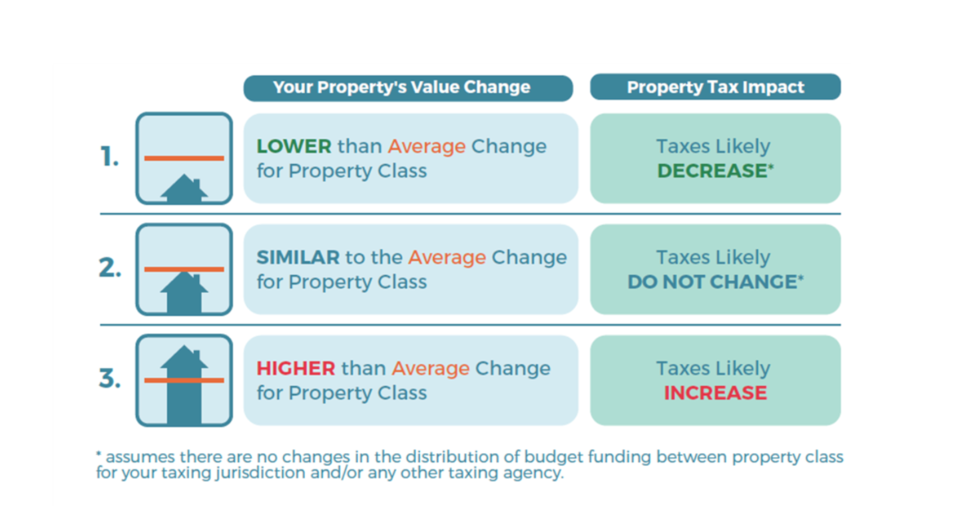 While property taxes are based on a property’s value, the increases do not necessarily translate into higher taxes.

Likewise, if a property’s value increased less than others, on average, a lower tax bill will be realized (although the decrease in the relative amount owed may not necessarily offset any potential overall increase set by the new rate, which is predicated on annual city hall expenses).