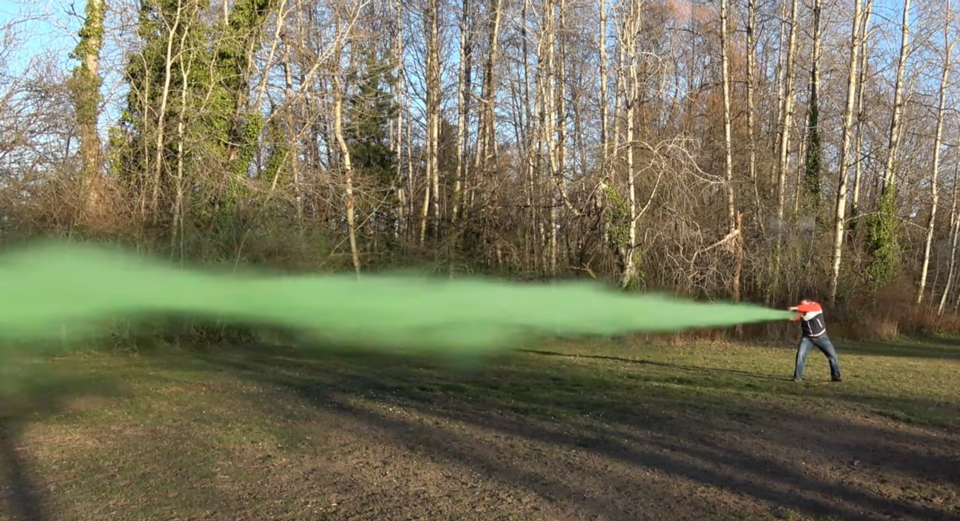 Anyone who's tried learning a second language knows pronunciation can be a difficult obstacle.

For those learning English, with its mixed background and borrowed words, it can be particularly difficult (for example, read this out loud). That's why Efrain Solis started the YouTube channel Lemmesaeit! Solis is from Mexico City and didn't start focusing on learning English until he was in his mid-20s.

Now 46 and having lived in Vancouver for 11 years, his language skills are strong, but some words still pose a barrier.

"I'm not an English teacher, I'm more an English learner," he tells Vancouver Is Awesome.

He had the idea back in 2012 to start a channel dedicated to teaching the pronunciation of difficult words; the plan back then was to interview people on the street to get them to pronounce the word, allowing viewers to hear native and non-native speakers' versions. In that way, he could advance his own language skills.

"Going to school wasn't enough," he says. "I was always placed in advance and I would go nowhere from there."

The idea had to be put on pause while he saved for a camera. Last year, with the pandemic in full swing, he'd saved up enough and decided to revive the project, but with a different twist since interviewing random people downtown didn't seem like a great idea. Over a month he taught himself some special effects tricks and started making short skits.

"I started watching tutorials and then just came up with the idea to modify my original concept," he says. "I'm still working to evolve the concept."

While videos aren't something he works on professionally, he does have some experience with production, having worked on commercials in Mexico City in the early '90s. So far he's done 32 videos.

"I like to make a mini-story around the difficult word that I'm going to use, and that's where all these videos come from," he says.

The skits are a simple, and funny, way to describe the word that's being taught. In part that's because Solis is a self-described clown, but that's not the only reason. He says recognizing humour is "one of the hardest things to do when learning a language" for a variety of reasons, like inflection.

Each video takes him around nine hours; he'll have the word and skit idea in mind and go shoot early in the morning with his wife.

"She's helping me with the tripod so I don't look like a crazy madman jumping up and down in the park," he says. Shooting has to happen on certain days since their work schedules don't match (she works nights at Canada Post).

He then goes home and spends the rest of the time editing and putting the video together, adding special effects and the audio.

"The first four videos are my personal challenges, but then I was starting to get private messages," he explains.

The messages were from other people having difficulty with particular pronunciations, and Solis tackles them with his signature style.

"I'm trying to reach out to those who are in my same situation," he says. "They don't necessarily need to be immigrants to an English-speaking country, but those who have to learn it as grown adults."

However, immigrants are a demographic he's hoping to reach. Solis notes that a lot of newcomers who have to learn English don't necessarily have the means to go to school to master the language.

"Many immigrants can't improve their English simply because they don't have the time," he says, highlighting his own series of jobs. "I'm trying to reach out to them and say here's a resource, it's pretty simple, and let's try to improve this together."

With the focus on pronunciation, he's not trying to reach people who are learning basic grammar, but more advanced learners who struggle with specific words or phrases.

The project helps Solis learn each word as well, and it's given him confidence using speaking to large groups of people (via video call) at his job. Not just with pronunciation, either, he says, noting he speaks more deliberately with more elaborate sentences.

"My boss has noticed some improvement, he's subscribed to the channel and commented on (the videos)," Solis says. "He's noticed more confidence when it comes to talking to people."

With a lot of difficult to pronounce words in English, Solis says he plans to keep the series going for years, and wants to tackle things like idioms that don't have direct translations into other languages.

"I'm going to keep going for quite a while," he says."I'm trying to reach out to as many people who might benefit from these videos and I'll take it from there."