How will a state of emergency help B.C. fight wildfires?

With nearly 300 fires burning across the province and a windstorm approaching, British Columbia has declared a state of emergency.
Jul 21, 2021 9:50 AM By: Stefan Labbé 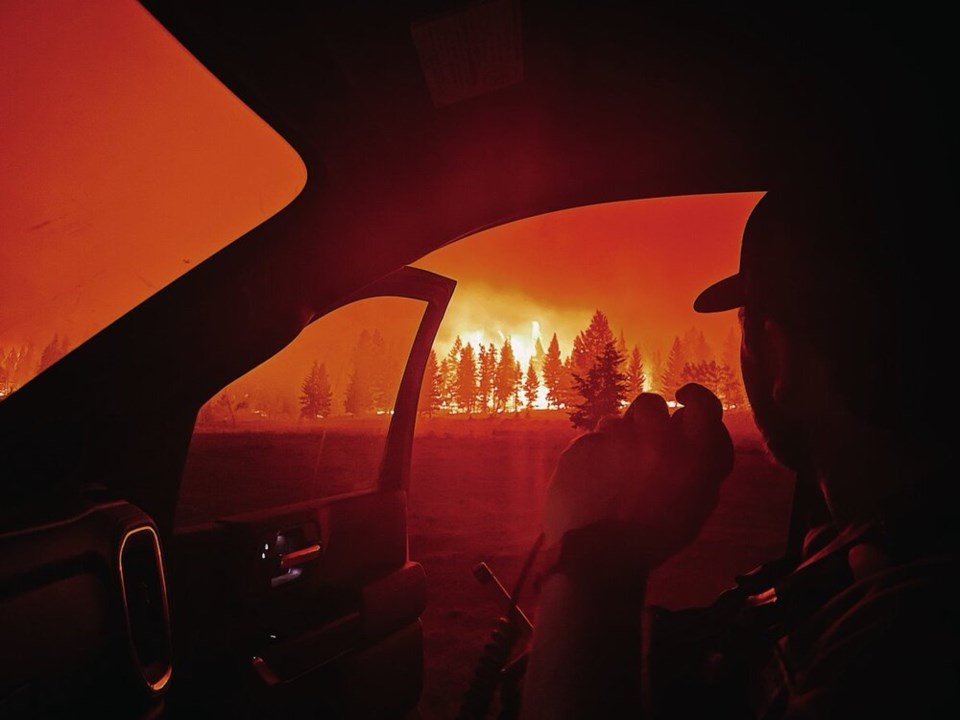 As of 7 p.m. Tuesday, July 20 296 wildfires were burning across the provinceBC Wildfire Service

The B.C. government declared a state of emergency Tuesday as hundreds of residents have been forced from their homes and thousands more remain on alert.

Mike Farnworth, Minister of Public Safety and the Solicitor General, said the order was declared because of worsening conditions on the ground and a changing forecast that will see a “significant potential” for high winds and dry lightning through Thursday, July 22.

As of 7 p.m. Tuesday, 296 wildfires were burning across the province, with 3,180 firefighters and other personnel (out-of-province and aerial support) on the frontline. Meanwhile, there are 44 evacuation orders impacting 3,078 properties and 74 evacuation alerts impacting 16,225 properties.

With resources stretched thin and the southern Interior “extremely dry and extremely volatile,” the incoming weather has the potential to drive the already devastating fires to new levels.

“We have reached a critical point,” said Farnworth Tuesday.

“It is my hope that extraordinary powers under the BC Emergency Act will not be necessary, but putting the declaration in place allows us to move quickly if that need arises,” said Farnworth.

But move quickly to do what?

The decision to declare a provincial state of emergency came five days after officials with the Thompson-Nicola Regional District (TNRD) called on the government to do so.

At the time, the TNRD had already declared six local states of emergency. What happens to those states of emergency now? According to Emergency Management BC (EMBC), the provincial order will supersede local declarations where there’s any geographic overlap.

“The minister may then authorize the use of any required emergency powers to a local authority, as appropriate,” according to EMBC.

“Does it free up more firefighters?” mused Farnworth at a news conference Tuesday.

That’s part of the problem.

Roughly 310,000 hectares of forest have already burned across the province this year, according to Cliff Chapman, director of provincial operations for the BC Wildfire Service. That’s nearly triple the 10-year average at this time of year.

The growing fire season and COVID-19 have combined to challenge already overstretched crews.

Since early July, the Canadian Armed Services has been supplying airlift support and emergency evacuations to the BC Wildfire Service out of a forward operating base in Edmonton.

On Tuesday morning, the federal government approved a request for additional personnel to support wildfire crews around the province to help with mop-op work, extinguishing hot spots and overseeing operations.

The province can request additional firefighters and resources through the Canadian Interagency Forest Fire Centre. Chapman said another 500 staff are expected to be on the ground in B.C. over the next 10 days, including 100 firefighters from Mexico set to land in Abbotsford on July 24.

The unit will undergo extensive COVID-19 safety protocols and will remain in an operational “bubble” throughout its stay.

In announcing the state of emergency Tuesday, Farnworth said the new powers would allow him to order a mass evacuation if conditions worsened.

According to the Emergency Program Act, a declaration of a state of emergency allows the minister to call evacuations of “livestock, animals, and personal property from any area of B.C.”

To do that, the province is authorized to enter into any building or on any land without a warrant.

Once people are evacuated from an affected area, Farnworth could order the use any piece of land or personal property considered necessary “to prevent, respond to, or alleviate the effects of an emergency or disaster.”

That means giving the government the power to designate evacuation centres and make sure there are enough spaces, whether in a community centre or in a private facility, said Farnworth Tuesday.

“It would allow me to technically commandeer an aircraft or truck as required,” he said.

And should the province need to procure basic goods for evacuees, it has the power to ration or fix prices on food, clothing, fuel, equipment and medical supplies.

The provincial state of emergency went into effect at midnight on July 21. Over the next 14 days, the ministry will have the power to “control or prohibit travel to or from any area of British Columbia.”

Should wildfire advance onto someone’s private property, the province has the power to demolish or remove trees, structures and crops if Farnworth deems it an appropriate emergency response.

Despite enacting emergency powers, Farnworth called on anyone who could be in the path of a wildfire to take their safety into their own hands. He urged people to call ahead of time to family and arrange a place to stay in the event of an evacuation.

Under no circumstances, urged Farnworth and Chapman, should you ignore an evacuation order. Not only are you putting your life and the lives of your family at risk, they said, but also the lives of the people who have to fly a helicopter through dark, smoky skies to rescue you.

“We will see the other side of this fire season,” said Farnworth. “We just need to work together for the best interests of anyone.”