What is the P.1 variant that is the likely culprit behind Canucks COVID-19 outbreak?

“We’ve got to get to the point where the vast majority of people are vaccinated before this goes away.”
Apr 9, 2021 10:12 AM By: Daniel Wagner 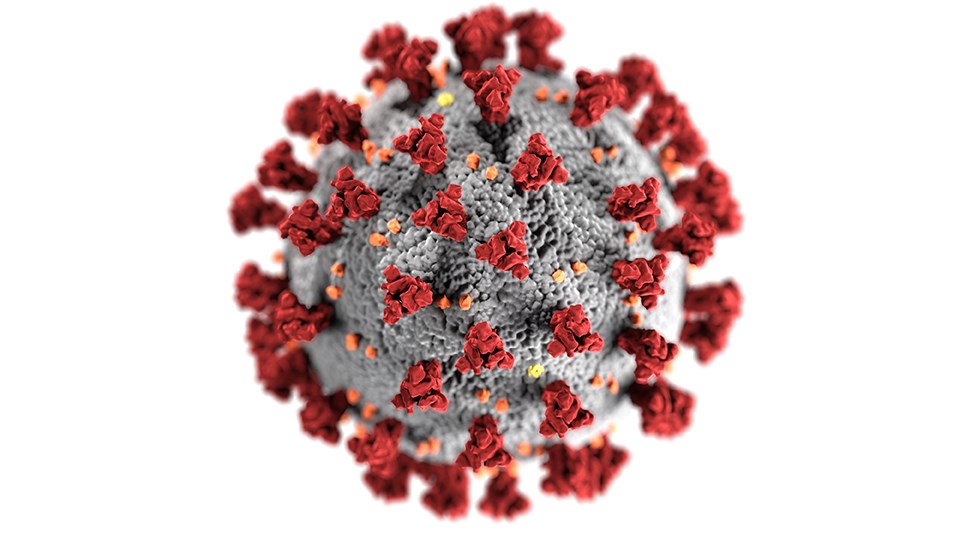 The P.1 variant of the COVID-19 virus has caused concern across B.C.Photo by CDC from Pexels

It has been over two weeks since the Vancouver Canucks played a game but right now the focus is less on hockey and more on health.

The Canucks’ outbreak has seen 19 players test positive and go on the NHL’s COVID protocol list, as well as positive cases among members of the taxi squad, coaching staff, and support staff, not to mention family members at home. The team has confirmed that their outbreak involves a variant of the coronavirus.

It is believed that the particular variant in the Canucks outbreak is the P.1 variant, which has caused devastation in Brazil, where they are seeing thousands of deaths per day. But what exactly is the P.1 variant and should Canucks fans and people across B.C. be concerned?

I spoke to Dr. Terry Snutch from the Michael Smith Laboratories at the University of British Columbia, and Chair of the Canadian COVID-19 Genomics Network, to get some clarity.

Viruses mutate all the time. It’s one of the reasons why you should get a flu shot every year because the flu viruses change and adapt. The COVID-19 virus is no different.

“They infect the cell, in this case in your lungs or in your nasal passages, and make copies of itself. When it’s making copies, occasionally it’ll make a mistake,” said Dr. Snutch. “Every once in a while, that mistake will get caught by another person — there’s a statistical chance that one-out-of-a-thousand cells that’s got a mutation could be in a sneeze or a breath and someone else catches that one virus.

“That mutation may have some advantage that makes it more infective, so that mutation then gets carried on and makes lots more copies.”

There is some evidence that the P.1 variant has those advantages, with some research out of Brazil claiming that the variant is 2.5 times more transmissible than the original virus. While that may be the case, said Dr. Snutch, he suggested that the evidence isn’t strong enough to make that claim just yet.

“Sometimes a variant will, just by chance, become very, very prominent just because in that particular location, if it was in a restaurant or a gym, it infected a lot of people,” he said. “And then from that particular exposure, the people went out and spread it very widely, so it can appear to be more contagious without being more contagious.”

It’s possible, added Dr. Snutch, that the P.1 variant could be more effective at binding to receptors in nasal passages and the lungs that give it an advantage in spreading more quickly.

While the P.1 variant may be more transmissible, there’s no evidence that it results in worse symptoms or long-term effects than the base COVID-19 virus, though that may be small comfort.

It is also thought that the virus seems to be infecting a younger demographic than is typical for COVID-19 — the Canucks themselves would be part of that younger group — but Dr. Snutch believes that has more to do with the situations where COVID-19 is currently being spread, rather than anything specific about the P.1 variant.

“There’s no evidence that there’s anything specific about it being more efficient in infecting younger people,” he said. “It’s more that we let our guard down, we relaxed public health policy in many jurisdictions in Canada over the past few months to reopen restaurants fully, to allow gyms to reopen, and that sort of thing.

“So what happened is that this more efficiently-transmissible virus just happened to be in environments where there were a lot of young people congregating — restaurants, ski hills, etc. — so it’s not that it’s able to specifically target young people, it’s that young people are in positions where there are less restrictions.”

If the Canucks outbreak originated, as theorized, with a restaurant, then the fault appears to lie with the province allowing indoor dining. Dr. Snutch said that restrictions are vital for preventing further spread.

“Absolutely. It’s well known that the virus spreads via aerosol and air droplets,” he said. “Any sort of confined space, like an enclosed restaurant or enclosed patio or a gym where there isn’t great circulation of air, you’re going to have a higher chance.”

Research out of Finland suggests that on the ice in hockey arenas, despite the cavernous space with good ventilation, is also an issue as the cold and dry air can increase the distance of aerosol transmission.

“Shutting down indoor dining, restricting travel — we should have done that a while ago,” continued Dr. Snutch. “I think we’re always following the virus. The virus is relentless and it’s continuing to mutate and replicate and infect people, where we think that we get a break from it.

“We’ve got to get to the point where the vast majority of people are vaccinated before this goes away.”

While there’s some evidence that the P.1 variant is less affected by vaccines than the common COVID-19 virus, the good news is that the vaccine appears to still be effective against P.1 and other variants.

“It’s not that they’re not effective, they’re just not as effective, with a threefold reduction in ability to neutralize the virus,” said Dr. Snutch. “That’s just looking at antibodies in a test tube, but you have a second immune response which is from your T cells. These T cells are a completely different secondary reaction that is more difficult to study in a test tube and are thought to be a large component of the longer-term ability to fight off infections.”

“The other good news,” he added, “is that all of these vaccines prevent hospitalizations and they’re 100 per cent protective against death so far for all the variants.”

What this shows is the importance of getting vaccinated even if you’ve previously contracted COVID-19.

“The very strong recommendation is that people who’ve previously been infected with COVID at least get the first dose of those vaccines that require two doses,” said Dr. Snutch. “There is a very, very strong immune response in previously infected people that have recovered.”

The key to ending the pandemic entirely is getting as many people as possible vaccinated, said Dr. Snutch.

“It’s a battle between immune system responses in humans and viruses evolving to fight back and continue infecting people,” he said. “Once we get up to 75-80 percent people vaccinated, I think if we can do that we’ll be okay.”