Including at major stores in Vancouver, North Vancouver, Surrey, and Coquitlam
Apr 9, 2021 8:03 AM By: Lindsay William-Ross 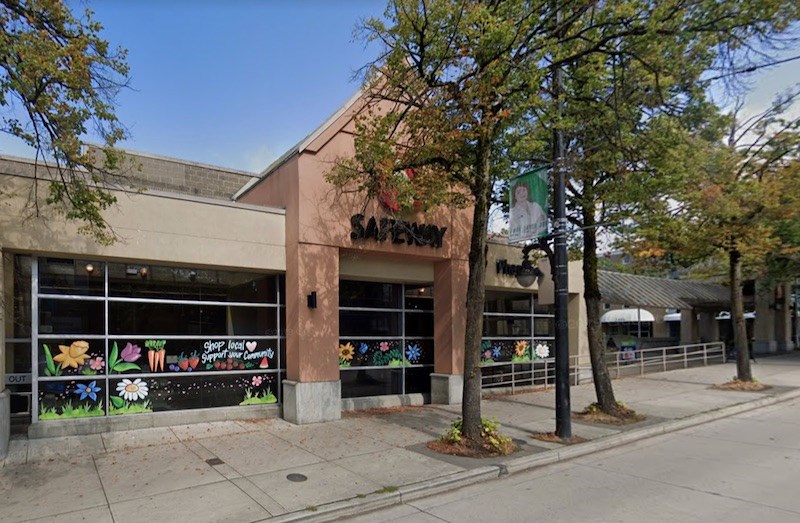 An employee at the Safeway at 2733 West Broadway in Vancouver is among the grocery store workers recently diagnosed with coronavirus (COVID-19) in the region. Google Maps

Several more employees at major grocery stores operating in B.C. have tested positive for the coronavirus (COVID-19) in recent days, particularly in the Lower Mainland.

Stores with affected employees are located in both the Vancouver Coastal Health and Fraser Health regions, including in Vancouver, North Vancouver, Surrey, and Coquitlam.

Sobeys, Inc, the parent company of familiar stores like Safeway and Thrifty Foods, and the franchisor of discount grocery chain FreshCo, indicated April 8 on its case tracker that employees working at three of its Metro Vancouver stores have tested positive for the virus. The affected stores are as follows:

Loblaw Companies Ltd, the parent company of Real Canadian Superstore, No Frills, and other local chains, provided updates to its COVID-19 employee case listings on April 9 indicating cases at the following store locations in the Metro Vancouver region:

While T&T Supermarket is owned by Loblaw, the Canadian Asian grocery chain lists its COVID-19 cases separately on its own site. The company is reporting a new case at the following Metro Vancouver store:

None of the above-listed grocery stores are considered coronavirus public exposure sites by Fraser Health or Vancouver Coastal Health.

To help combat the spread of the virus that has spawned a global pandemic, Henry said she was putting in place a new health order that allows WorkSafeBC inspectors to work under the Public Health Act to be able to shut workplaces down for 10 days or more when they detect outbreaks that involve workplace transmissions that involve three or more people.

Henry called the order an "ongoing evolution" of the program that the province has had for workplaces.