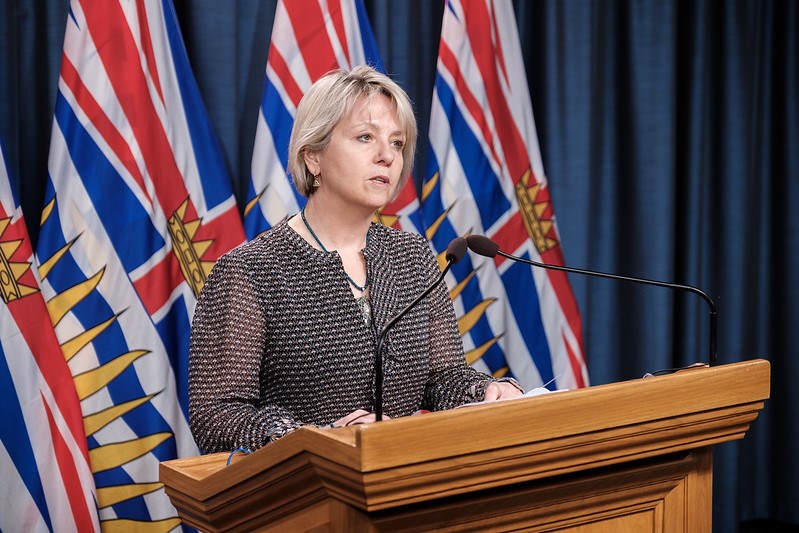 The B.C. government's fears that COVID-19 variants could spread out of control have led it to launch new restrictions for a three-week period beginning March 30, and running until April 19, provincial health officer Bonnie Henry said on March 29.

Dining in restaurants will be banned, although restaurateurs will be able to provide dining on patios, delivery and pick-up service. Fitness club operations and dance studios will be restricted to one-on-one activities. Whistler-Blackcomb will also be closed.

Henry said that retail stores will not be required to close because "the data does not show that we're seeing transmission in retail environments."

She explained that the new rules that she is putting in place are aimed at striking a balance.

BC Restaurant and Foodservices Association CEO Ian Tostenson told Glacier Media that he is not happy with the announcement but he understands it.

"Restaurants haven't done anything wrong. ... They're trying to eliminate as many social interactions as they can," he said. "From the point of view of our responsibility in the community, and helping Dr. Henry and all get this curve under control, we stand with them 100%. It's going to hurt because many people are just starting to get back on their feet."

"I'm concerned about the longevity and the viability of a number of our restaurants and coffee shops that have been able to survive this long," he said.

Premier John Horgan said the moves were needed because, "during the past week, case counts have risen unacceptably high – in fact, higher today than at the worst point of the second wave, between November and January of this year. The percentages of tests coming back positive have gone up by 50%, in some areas, and the number of variants in B.C. has also increased."

Of those 2,518 new cases, 329 are new cases of mutant variants of COVID-19 that are believed to spread more easily and prompt more serious illnesses. There is also some uncertainty over whether vaccines are effective against the P.1 variant, first discovered in Brazil. B.C. now has recorded 270 cases of the P.1 variant, or more than 12 times the 21 cases of that strain that had been identified two weeks ago.

The good news is that no one in B.C. has yet died from being infected by any COVID-19 variant of concern.

Overall, there are 6,902 people actively battling infections of COVID-19 and all of its strains – the highest number so far this year.

Health officials are closely monitoring another 10,377 people for symptoms because they have had known exposure to people identified as having been infected – the highest number since December 17.

There are 299 people in B.C. hospitals needing COVID-19-related treatment, with 79 of those in intensive care units.

In the past three days, another six people have died from COVID-19, bringing B.C.'s death toll from the virus to 1,455.

That means there are four outbreaks active at B.C. seniors' homes. They are:
• Fleetwood Place in Surrey;
• Longlake Chateau in Nanaimo;
• Oceana PARC in White Rock; and
• Cottonwoods Care Centre in Kelowna.

The outbreak at Surrey Memorial Hospital has been declared over.

Vaccinations have started to ramp up.

There were 61,236 doses of vaccine administered in the past three days, to 61,180 new people, and 56 doses that were needed second doses.