Paddlewheeler Riverboat Tours to cease sailings because of COVID-19 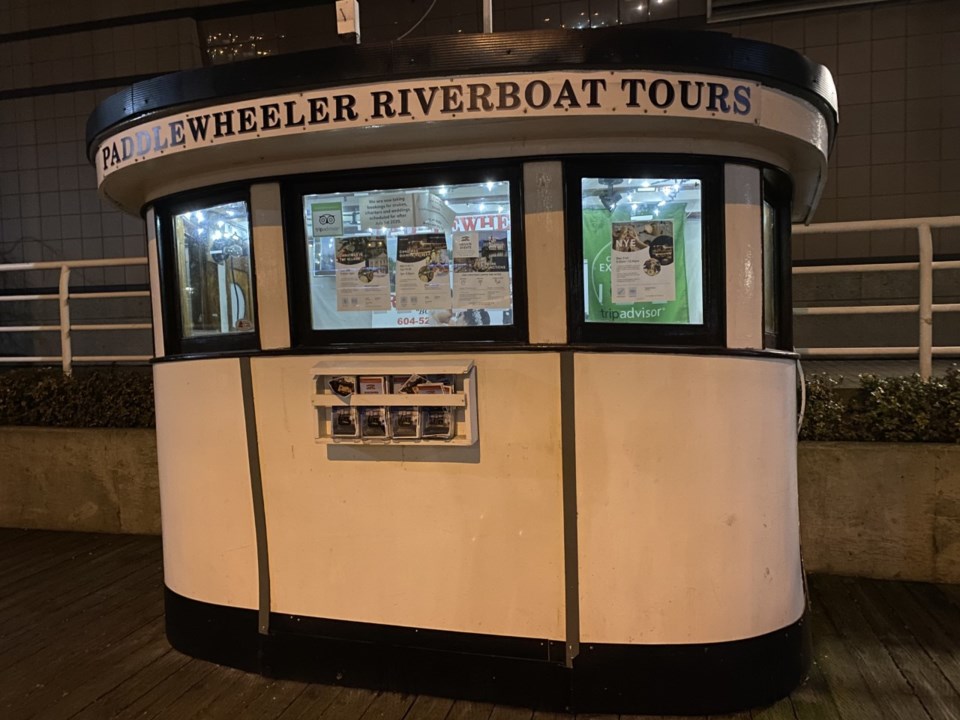 After plying the waters of the Fraser River for more than three decades, Paddlewheeler Riverboat Tours is suspending operations indefinitely because of COVID-19.

Doug and Helga Leaney, who have been running river tours out of New Westminster since 1989, have announced Paddlewheeler Riverboat Tours is suspending operations, after completing a few final tours this month.

“COVID pushed us over the edge,” Helga told the Record. “We are in the tourism business, and you know what that’s been like.”

When the Leaneys launched their paddlewheeler, the MV Native, in 1991, it became the first authentic passenger-carrying sternwheeler to operate on the Fraser River out of New Westminster since the SS Skeena retired in 1925.

Like the first cruise offered in 1989, the company’s final cruise on Dec. 20 will be from New Westminster to Fort Langley.

“We have probably averaged close to 10,000 passengers a year,” Doug said. “That’s a lot of new friends we have made.”

COVID-19, however, has had a devastating impact on the company’s ability to offer tours. Its boats – the Native paddlewheeler and the Beta Star – were approved to resume operations in July, with 50% passenger capacity and rigorous distancing measures, sanitation and other cleaning procedures in place to keep passengers and crew safe.

“We only operated from July until the end of September. We had a couple in October and we’ve got three cruises this month, and that’s it,” Helga said.

Doug has been the Native's principal captain and Helga has been the company’s general manager. Many of the close-knit crew members have been with the company for 10 to 20 years.

“It is with heavy hearts that we announce the suspension of cruises for Paddlewheeler Riverboat Tours, after 31 years of continuous operations in New Westminster,” said a press release from the company.

Doug said he’s “going to be past retirement age” and “it’s time to retire” – a decision expedited by the coronavirus pandemic.

“We are shutting down operations until further notice,” he told the Record. “We are going to retire – we should have done it some time ago.”

In the new year, the Leaneys will determine their next steps, but their hope is that someone will buy them out and continue to operate the businesses – and, ideally, keep its based in New Westminster.

“It’s sad. It’s sad to be not doing what we have been doing because we have enjoyed it,” Doug said. “It is something that other people have tried in New Westminster and never been able to carry forward so we are pretty proud of what we have done. That’s one of the big reasons that we are hoping that somebody else takes it over.”

For now, the Native and the Beta Star will continue to be moored on the Fraser River, next to the Samson V. The Leaneys hope the vessels are once again be cruising the Fraser River and Pitt Lake once the pandemic passes.

“We will miss what we will be doing. If we don’t stay in New Westminster, we will definitely miss the people there. The people themselves have been very supportive of us,” Doug said. “We thank everybody that has helped us along the way, and that’s a lot of people.”

For tickets to the final cruises or to see photos and videos of the Native and Beta Star in action, check out the Paddlewheeler Riverboat Tours Facebook page or go to www.vancouverpaddlewheeler.com.