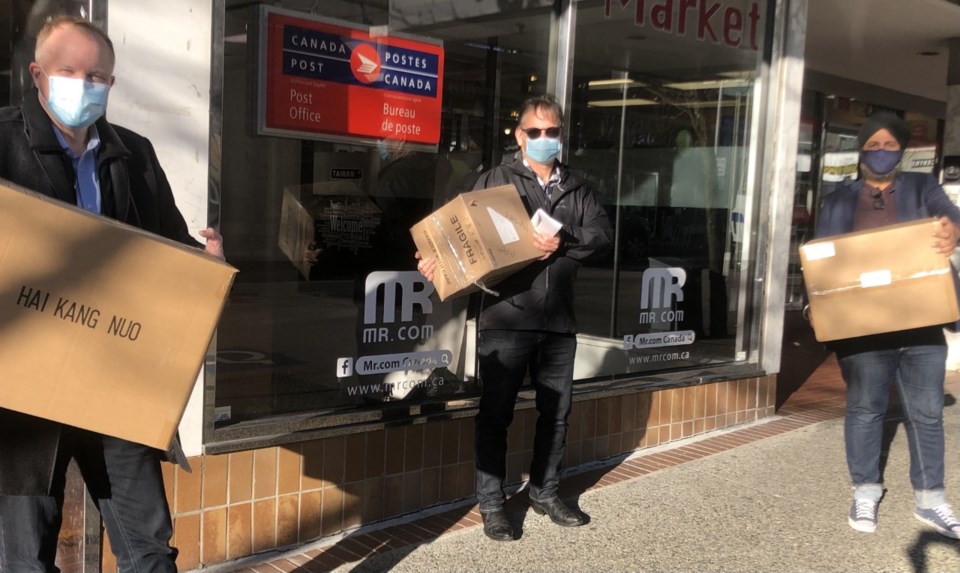 “In solidarity, we want to acknowledge the extraordinary work and dedication of the band councils and their leadership teams for assisting their members during this very difficult time,” Julian said in a press release.

Puchmayr said he discovered there was a “real need” for face masks when he was speaking to a councillor with the Nuxalk Nation.

“From speaking to him, I realized that there was a real need. They had a huge outbreak,” he said. “Masks are more difficult and costlier to purchase in those remote areas. I thought, because we are so close to the ports, they are actually quite cost efficient. We were able to go in and order with Key West Ford. I think they ordered about 70,000 masks so we were able to purchase some at a really low price.”

Puchmayr said he hopes the donation will help the First Nations combat the COVID-19 pandemic. He thanked Key West Ford for its generous contribution to this initiative.

According to Puchmayr, his colleagues heard what he was doing and asked if they could jump in and help out, and he welcomed their support.

It’s not the first time New Westminster has helped out First Nations in B.C. during the pandemic, as the city previously sent face shields and “gallons and gallons” of hand sanitizer to some schools and health care centres, Puchmayr said.

“They were all quite overwhelmingly appreciative,” he said. “Certainly, the gesture is quite significant. … It (COVID) is really accelerating in some of these remote communities.”