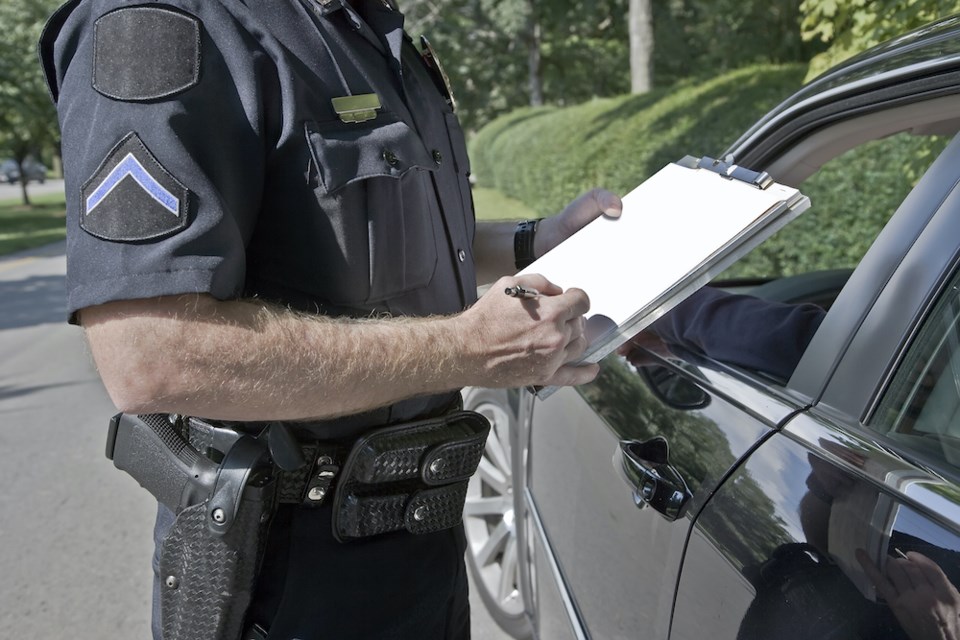 Advocates are raising concerns for the BIPOC community after B.C. announced it will conduct roadblocks to curb travel due during the coronavirus pandemic.Photo via Stratol / Getty Images

Advocates are raising concerns about law enforcement targeting Black, Indigenous and people of colour (BIPOC) after the B.C. government announced it will conduct periodic roadblocks to curb travel in the wake of soaring cases of coronavirus (COVID-19).

B.C. Premier John Horgan admonished party goers in the daily COVID-19 briefing Monday (April 19), adding that orders that will be issued this week will restrict people's ability to leave their health authorities.

On Friday, Minister of Public Safety Mike Farnworth will issue orders under the Emergency Program Act to restrict people's ability to leave their health authority.

"This will be conducted through random audits, not unlike roadside stops for a counter-attack during the Christmas season. They will be susceptible to all travellers, not just a few travellers," said Horgan.

Horgan added that officials will consult "with the BIPOC community to make sure that we bring forward these restrictions in a way that does not give anyone fear that there will be additional repercussions" and that "no additional authority given to police."

But not everyone is convinced that the new order won't disproportionately affect the BIPOC community in B.C.

Meghan McDermott, Acting Policy Director of the British Columbia Civil Liberties Association (BCCLA), tells Vancouver Is Awesome in an interview that the association was not consulted prior to Monday's announcement.

McDermott adds that police have a great deal of discretion and can turn to other laws when conducting street checks. "In street checks, we know that they disproportionately affect Black and Indigenous folks and people of colour, and that, in those situations, they'll use the pretext of a bylaw infraction to stop somebody and to talk to them."

These situations can escalate quickly and lead to the detention of individuals, she adds. Even if every vehicle is stopped at a given roadblock, law enforcement can use further discretion for select people.

"So yeah, we are very concerned. We don't think police are the right tool whatsoever to use for public health emergencies like this."

"It is a systemic issue: it's not just American; it's Canadian."

McDermott mentions that the new order will come into effect following the guilty verdict against the former Minneapolis police officer whose knee to the neck of George Floyd ended in the Black man's death last May. "It is a systemic issue: it's not just American; it's Canadian."

Police may also share information with other entities that can end up in the hands of international partners, raising concerns over privacy, she notes. With civilian screening, a police database can "come back to haunt you."

Public Safety Minister Mike Farnworth issued a statement Tuesday (April 20), noting that “It is unfortunate that we must enforce a travel ban, but it is necessary for the health and safety of everyone."

The Province will "be focused on making sure these new orders do not unfairly impact racialized communities, and we’ll be taking steps to make sure we get this right," he added.

“Our intention is to discourage recreational and leisure travel – not punish people - and we are not interested in disrupting commuters and people going about their lives. At this time, the details of the order are still being finalized, and I’ll have more to say later in the week.”

According to his statement, there will be no "random individual stops" and they will be set up "at places like BC Ferries or on Highway 1 leaving the Lower Mainland, to discourage recreational travel."

But McDermott worries that a great deal of injustice can take place under the "guise of enforcing" a public health order.

"It's kind of like a human rights horror movie. Where do our rights end and the powers at be to criminalize us begin?"

With a file from the Canadian Press.