Mobile morgue unit was deployed to a hospital in Fraser Health at the end of December: BC Coroners Service says the aim is to treat decedents with respect as the region grapples with continuing COVID-19 cases
Jan 13, 2021 4:06 PM By: Diane Strandberg 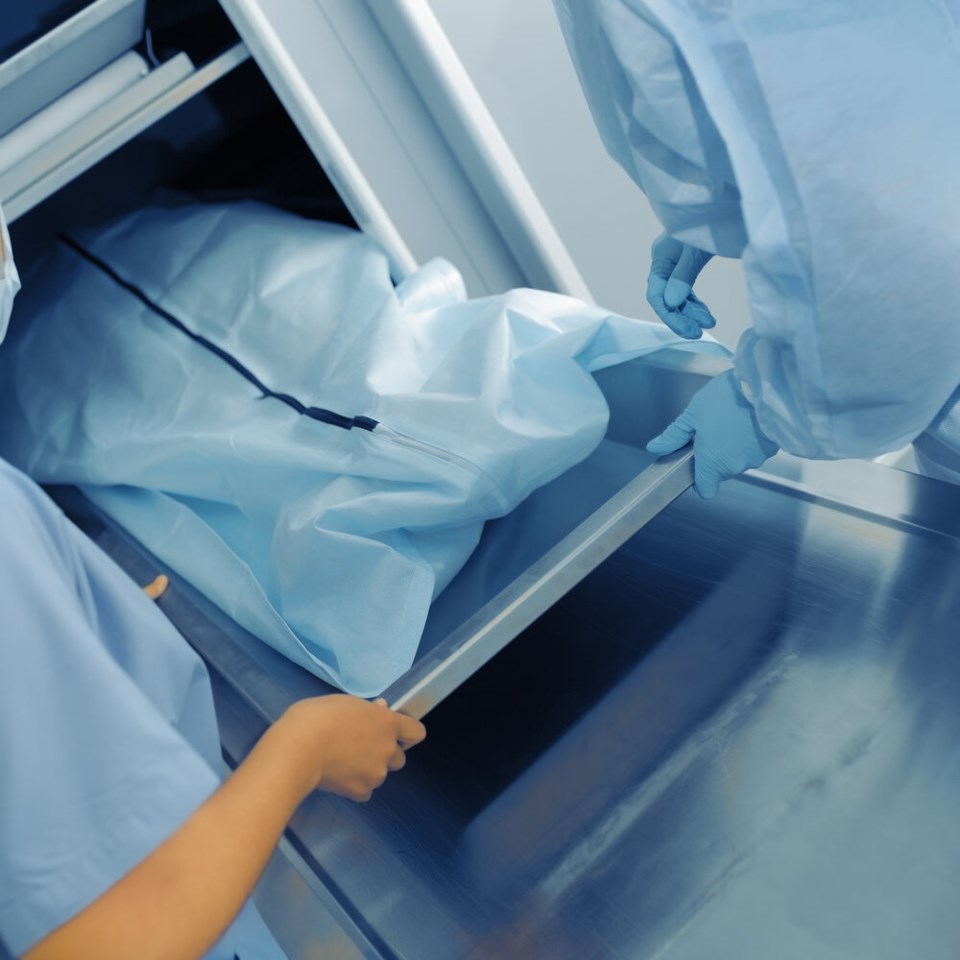 A worker prepares a body for post-mortem examination. The BC Coroners Service confirmed it has deployed a mobile morgue to a Fraser Health hospital to manage capacity issues at a time B.C. has surpassed 1,000 deaths due to COVID-19.Getty Images

“Respectful, secure storage” is the reason behind the deployment of a refrigeration truck to hold the dead at a Fraser Health hospital, the BC Coroners Service says.

The mobile morgue was parked at an undisclosed hospital in late December to deal with capacity issues, according to the coroners’ service in an email.

“As an additional measure, part of the plan for additional space includes the deployment of mobile morgue facilities at hospital sites. One unit has been deployed to Fraser Health [late December], and has been operationalized,” the BC Coroners Service stated in a Jan.13 email to the Tri-City News.

The Fraser Health region reaches municipalities from Burnaby to Boston Bar, including the Tri-Cities. A CBC report states the unit was deployed to provide morgue facilities in the Fraser Valley.

A BC Coroners Service staff member was not immediately available to speak to the Tri-City News; however, a communications spokesperson for the coroners’ office stated: “Our priority is the respectful, secure storage for decedents.”

As well, the spokesperson stated that the decision to deploy the mobile morgue unit was made in consultation with a working group that ensures plans are in place to deal with increases in demand for storage. That working group is made up of all health authorities, the BC Funeral Association and the BC Coroners Service.

The morgue deployment comes as COVID-19 deaths in B.C. have surpassed 1,000, according to recent statistics provided by the provincial health officer.

In southern Ontario, at least two hospitals had to utilize trailer units to cope with a surge in COVID-19 cases and the resulting deaths in recent weeks, according to reporting from Canadian Press.