Henry says we could be in post-pandemic world by summer 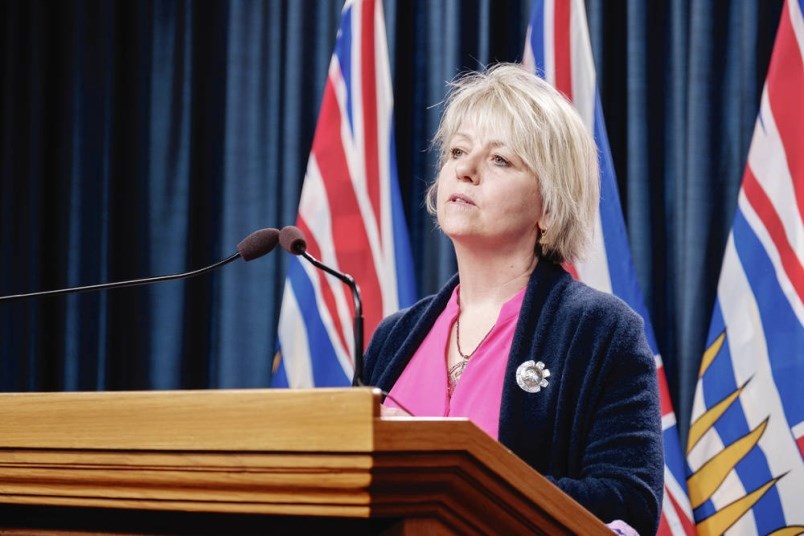 Provincial Health Officer Dr. Bonnie Henry says expected shipments of the Oxford-AstraZeneca vaccine and the promise of Johnson & Johnson's vaccine, will move up the timeline to ensure everyone who wants one gets a first vaccine dose by early summer, rather than September.Province of B.C.

The promise of more vaccines and a strategy to get more people ­vaccinated with first doses by delaying second doses could put the pandemic in the ­rearview mirror by summer, provincial health officer Dr. Bonnie Henry said Thursday.

“Maybe I’m too optimistic, but we’re going to be in our post-pandemic world by the summer if things continue to go the way that we want them to,” Henry said during a COVID-19 briefing.

“I think, by the summer, we are going to be able to be doing a lot more of those connections that we need that are going to help us get through the trauma we have all experienced together.”

Henry said expected shipments of the Oxford-AstraZeneca vaccine — 60,000 doses are scheduled to arrive next week — and the promise of Johnson & Johnson’s vaccine, now under review, will move up the timeline to ensure everyone who wants one gets a first dose by early summer, rather than September.

Next week’s shipment of AstraZeneca doses will be targeted to areas where there are clusters and outbreaks of COVID-19.

Immunology and vaccinology experts are determining a vaccination priority list for first responders and a swath of essential workers, from teachers to poultry workers.

Those immunizations are expected to run ­parallel to the age-based community-wide vaccination program. Henry said that plan will be finalized around March 18.

She apologized to long-term care residents, health-care workers and others whose second doses of Pfizer-BioNTech or Moderna vaccine were postponed this week, after the province announced it would extend the interval between first and second jabs to four months.

“I know that came as a shock for many people and I regret that our communications weren’t able to keep up as fast as the decision-making,” said Henry. “But please know that this was made in the spirit of understanding data and maximizing the benefits to all of us.”

The decision had to be made rapidly over the weekend because tens of thousands of second doses were scheduled to be administered, which would have left “very little vaccine” to reach more people and communities, said Henry.

Delaying the second dose of the Pfizer-BioNTech and Moderna vaccines to four months — rather than the manufacturer-recommended three to four weeks — was supported by the National Committee on Immunization this week as a way of maximizing vaccine coverage in a time of shortage. After three weeks, first doses are showing an effectiveness of 85 to 90 per cent.

Vaccinations started rolling into Victoria’s homeless population on Thursday, with Reverend Al Tysick of the Dandelion Society getting his first dose as an example to others that it’s safe.

Liberal MLAs grilled B.C. Health Minister Adrian Dix during question period in the legislature about the impact of the decision to delay second doses.

“When you pull the rug out from under a 90-year-old at the very last minute by denying them the vaccine they were promised, people lose confidence,” said Liberal MLA Mike de Jong. “They stop trusting you.”

Interim leader Shirley Bond said same-day cancellations of second doses have caused additional anxiety and stress for long-term care residents, staff and family, citing Wendy Bingham, whose mother’s second dose was cancelled on the day it was scheduled. The daughter said it means her mother will be locked in her facility “with no interaction with the outside world” for another two months.

But Henry said long-term care residents are sufficiently covered with one dose, “so what that means is you don’t need that second dose before we can increase interactions in long-term care homes.”

The province reported 564 new cases of COVID-19 on Thursday, including 35 new cases in the Island Health region. Henry said B.C. is seeing an uptick in cases and a rise in the transmission of variants that needs to be monitored closely. There are now 4,743 active cases of COVID-19 across B.C. Of those, 248 are in hospital, including 63 in critical care.

“We can’t let the successes of these great vaccines that we have now be diminished by a surge in cases that will lead us to a third wave,” said Henry.

On the Island, there are 272 active COVID-19 cases, the majority of which are in the central region.

The province reported 46 new confirmed COVID-19 cases that are variants of concern, bringing the total to 246 to date — 16 of which are still active. The majority of those are the U.K. variant and have been found in the Fraser Health region.

Four more COVID-deaths were reported on Thursday, bringing the total to 1,376.

There are outbreaks in seven assisted-living or long-term care homes — including Glacier View Lodge in Courtenay — and three independent living residences, none of which are on the Island. There are eight outbreaks in acute-care settings.