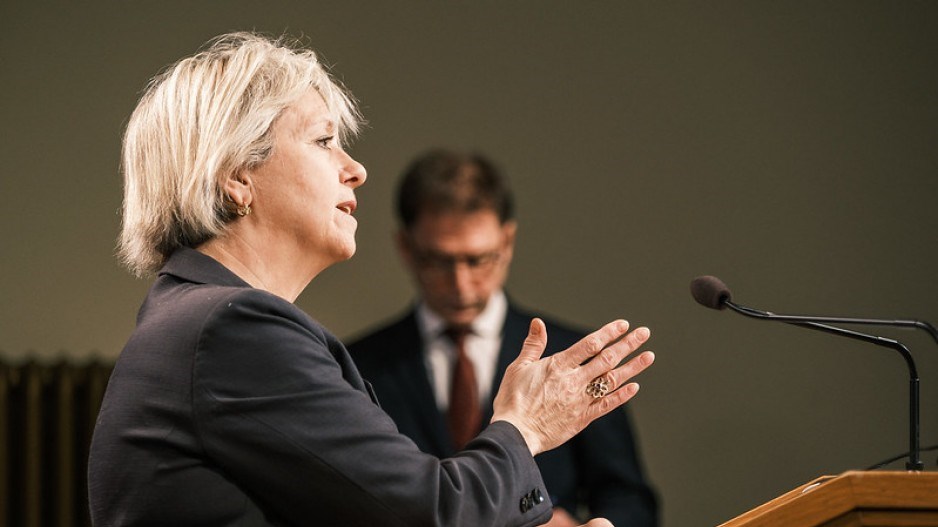 Younger people in hospital with COVID-19 in B.C. have had a higher than average risk of having an infection serious enough to be placed in intensive care units (ICU), provincial health officer Bonnie Henry said March 25.

Of the nearly 1,600 people under the age of 60 who have had to be cared for in B.C. hospitals, around 19% were required to go to an ICU, she said. Those hospitalized with what she calls a "variant of concern" have a higher chance of being in the group that ends up in ICU, she added.

Younger people with COVID-19 have a higher than average chance of surviving a hospital visit, but they stay in hospitals for longer stretches of time, said Henry.

The number of people who have contracted a variant strain of COVID-19  rose by 191 overnight, to a total of 1,772.

Variant infections are discovered when health officials retest genetic material previously known to have been positive for the main COVID-19 virus, and specifically look for variant signs in the viral code. All new COVID-19 cases are tested to see if they are actually one of the variants.

There are an additional 67 people actively fighting variant-virus infections, for a total of 215 individuals. No one has yet been known to have died in B.C. after fighting a variant of COVID-19.

Health officials detected 800 new infections in the past 24 hours – the highest number since December 2, when there were 834 cases detected.

The number of those hospitalized rose by three overnight, to 306, while 79 people are sick enough to be in ICUs.

In total, 5,856 people are actively battling infections – the most since January 8.

With five more British Columbians dying while carrying the virus in the past day, B.C.'s death toll from COVID-19 has risen to 1,446.

Another 9,964 people are being closely watched for symptoms because they have had known exposure to individuals identified as having carried the virus.

Some good news is that B.C. health officials administered a record 28,037 doses of vaccine to a record 28,005 people, with 32 others getting needed second doses.

"Through the ongoing dialogue with a wide range of faith leaders, we have also developed a limited variance to the gathering and events order allow for indoor services on four days between Sunday, March 28 and Thursday, May 13, 2021," Henry and Health Minister Adrian Dix said in a joint statement.

"Each faith can identify the days most appropriate for their faith - whether for Easter, Passover, Ramadan or Vaisakhi."

The maximum capacity for these services will be 50 people, or 10% of the worship space capacity – whichever is less. Many safety requirements and protocols must be met by worship service organizers and attendees, they said.

Henry earlier today outlined changes to visits to seniors' homes. Starting April 1, loved ones will be able to take a resident on unsupervised visits longer than one hour. The number of visitors at one time will be increased to two, plus a child, and those visitors will be able to be in residents' rooms. For more on that, click here.

There are three outbreaks still active at B.C. seniors' homes. They are:
• Fleetwood Place in Surrey;
• Oceana PARC in White Rock; and
• Cottonwoods Care Centre in Kelowna.