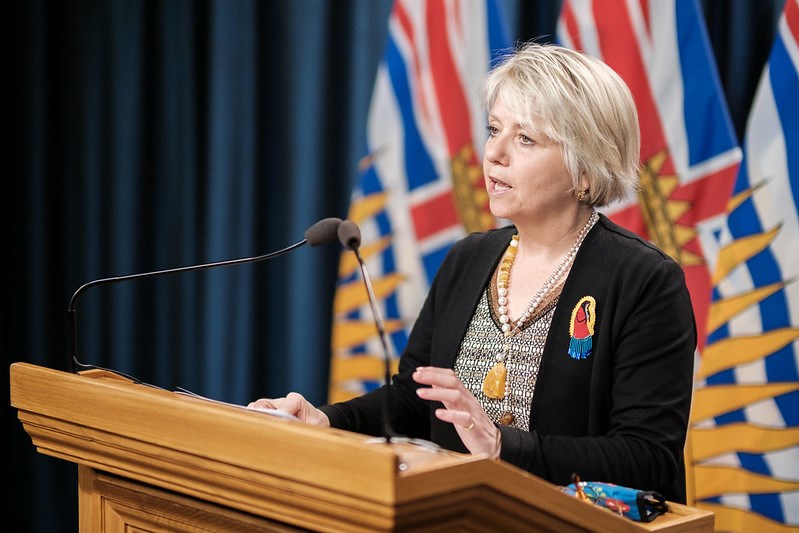 B.C. health officials provided more than 60,000 doses of COVID-19 vaccine in the past 24 hours – the first time that they have reached that threshold.

Health officials have been saying for weeks that the province's vaccination effort was poised to ramp up, and there is finally evidence to show that this is happening.

"Our clinics are ramped up and we have ample vaccine supply," provincial health officer Bonnie Henry and Health Minister Adrian Dix said in a May 11 statement.  "Now, it is your turn to step forward and get protected with your COVID-19 vaccine."

Henry said May 10 said she expects the number of people getting second doses of vaccine to accelerate in the next week.

The province's battle against the virus appears to be winning in that several other metrics are also trending in the right direction.

The number of those in hospital rose by 11 overnight to 426.  Of those, 141 of those are sick enough to be in intensive care units – nine fewer than yesterday.

Two additional people are known to have died, while infected with COVID-19, in the past day, raising the province's death toll from the disease to 1,624.

There remain three outbreaks at long-term care homes in B.C., all of which are in the Interior Health region:
• Orchard Haven in Keremeos;
• Sandalwood Retirement Resort in Kelowna; and
• Spring Valley Care Centre in Kelowna.

The province plans to release detailed data tomorrow that will identify neighbourhoods with higher levels of infection.

It has, however, already revealed many areas where there are high levels of infection. Anyone 18 years old, and older, is eligible to get vaccinated at specific clinics if they register online using the province's system and enter their postal code.

Only those with eligible postal codes will be able to receive a vaccine through the high-transmission neighbourhood program.

The official service areas for that program are broken down by health region.

In Interior Health, the eligible areas are:
• Golden;
• Rutland; and
• Summerland.