B.C.’s senior advocate is launching a review into some of the most deadly COVID-19 outbreaks in the province’s long-term care sector.
Jan 14, 2021 3:30 PM By: Stefan Labbé 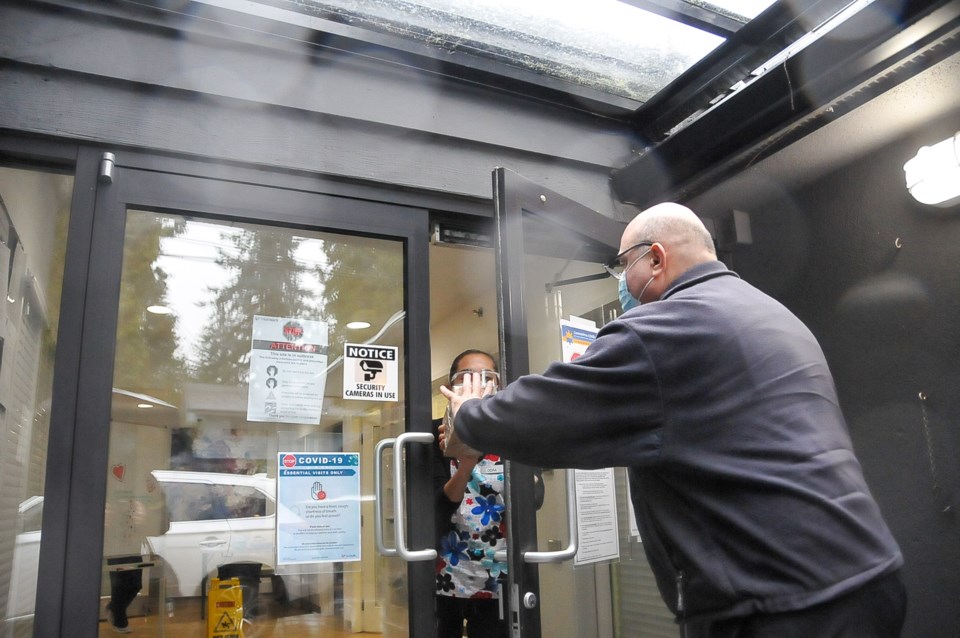 A worker from the BC Centre for Disease Control picks up test samples at Lakeshore Care Centre in Coquitlam, B.C., site of 21 deaths and 75 COVID-19-positive tests.Stefan Labbé/Tri-City News

B.C.’s senior advocate is launching a review into some of the most deadly COVID-19 outbreaks in the province’s long-term care sector.

The review, expected to get off the ground over the next couple of weeks and likely not wrap up until the spring, will look at what went right and what went wrong across dozens of the province’s seniors’ homes as they grappled with the virus.

“Wave two has been a much more challenging experience for B.C. than wave one was,” said B.C. seniors advocate Isobel Mackenzie Thursday. “We should be learning why. Is it just pure bad luck? It’s possible but we don’t know that.”

Mackenzie said the review will likely hone in on homes across the Lower Mainland,  such as Little Mountain Place in Vancouver where 41 residents have died, Tabor Place Abbotsford where 26 residents passed away and Capilano Care Centre in North Vancouver where at least 24 lives have been taken by the virus.

In the case of the Lakeshore Care Centre outbreak in Coquitlam, 38% of all residents were killed and nearly 77% were infected by the virus. That’s despite having a case mix index — a measure of the average care requirements of residents — exactly equivalent to the provincial average.

“At the end of the day, I can’t responsibly say why that outbreak was so prolific,” said Mackenzie. “It’s the same virus and it’s effectively the same population.”

Completing such a sweeping review has had and will have some speed bumps: provincial staff responsible for handing over data to the seniors advocate are busy inoculating patients; and until wave two of the virus, Mackenzie said there hadn’t been enough outbreaks to build statistical confidence to conclude what factors contributed to so many deaths among the province’s elderly.

“Unfortunately, there are now enough outbreaks where we’ll be able to look and see what are the patterns,” she said.

RAPID TESTING: TOO LITTLE TOO LATE?

Even without the data, one thing is for certain, said Mackenzie: we could have done more.

The importance of widespread and regular testing during seniors care outbreaks was recognized by medical health officers as early as April 2020 in the wake of Canada’s first long-term care outbreak at Lynn Valley Care Centre in North Vancouver.

But cracks still emerged: in a leaked internal report detailing missteps at the Langley Lodge outbreak — the deadliest last spring — the facility’s head outlined how staff introduced the virus into the facility.

“Staff worked past 2 shifts and was feeling unwell on both, but didn’t report and avoided the screening desk on last shift,” notes a timeline of the outbreaks included in the report. “Provided care to 16 residents on two separate units… possible breach of PPE.”

The lessons of those outbreaks — including routine and widespread testing among staff and residents — do not appear to have been applied across the board, with some only testing the unit at the epicentre of an outbreak or those who had been in close contact with an infected person, said Mackenzie.

“We’ve been very conservative in our testing,” she said, pointing to the fact that on a per-capita basis, B.C. has tested 36% below the national average as of Jan. 14.

While rapid tests weren’t widely available until the beginning of November, they were discounted later that month by provincial health officer Dr. Bonnie Henry due to disappointing results.

“We had a lot of really high hopes for some of these rapid tests, but what they’re showing is that period of time where people are sometimes most infectious, just before they start to show symptoms, is also the period of time where the tests work least well,” said Henry at the time.

But on Monday, Jan. 11, Henry said the province is once again "looking at" using the rapid tests in care homes, despite previously stating they were not being used because the tests "have faults and limitations."

“‘Not that effective’ is not the same of ‘ineffective,’” countered Mackenzie Thursday. “We didn’t add the layer of protection that routine testing would have provided.”

Mackenzie acknowledges “there’s no panacea” to stemming the transmission and high death toll in long-term care homes, and “even if we tested everyone every day, it wouldn’t be perfect.”

“But it’s an added layer of protection that would lower the overall risk of this virus getting in,” she said.

“We don’t know that it would have saved lives — but it could have.”