Win a lottery and buy the Point Roberts Marina 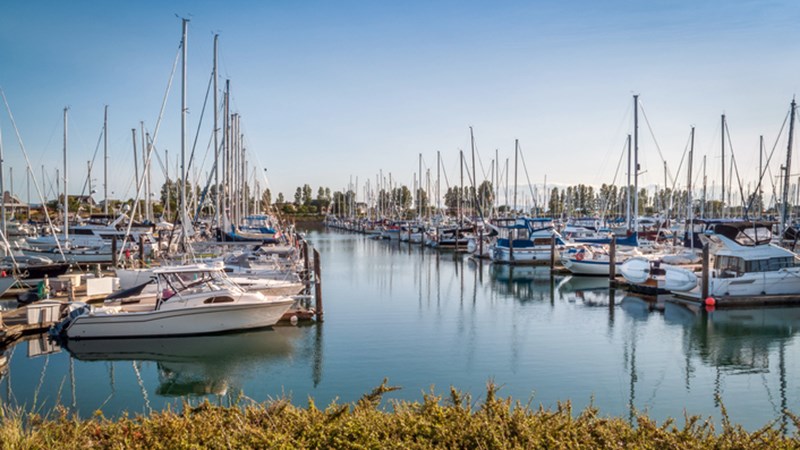 The Point Roberts Marina is for sale for $25 million (US).Getty Images

For a cool $25 million (US) you could own the Point Roberts Marina.

The 152-acre facility and surrounding land is on the market for less than what it was purchased for nearly six years ago by Chinese investors.

As reported back in September, the pandemic has hit the 43-year-old marina hard with as many as 600 Canadian boats re-locating north since the border has been closed for non-essential travel since March.

The marina features over 900 moorage slips, a customs dock, fuel barge, a 35-ton haul out complete with the Westwind-operated marine shop. The property also includes 62 acres for future development.

The listing is with Windermere Commerical :

“A truly unique mariner’s destination set apart from anything else like it where boaters sail and cruise freely into Point Roberts to relax, dine, golf, stock up on provisions, repair vessels, or sometimes they just want to set foot on dry land and explore.

“Point Roberts Marina is one of the most distinctive ports of call in all of the Northern Hemisphere most readily approachable by the Boundary Bay and Georgia Strait waters or by road access via the border crossing with our Canadian friends to the North. This unique pene-enclave peninsula of the United States surrounded by water on three sides is the farthest Western point of the lower 48 -states and is a mere 4.8 Square miles that packs a mighty punch.”

Beijing businessman Gao Zhu and Chinese billionaire Chen Yihong bought the marina in 2015 for $27 million (US). They spent another $4 million on upgrades.

Owners getting their boats delivered back to Canada from Point Roberts
Sep 15, 2020 1:00 PM