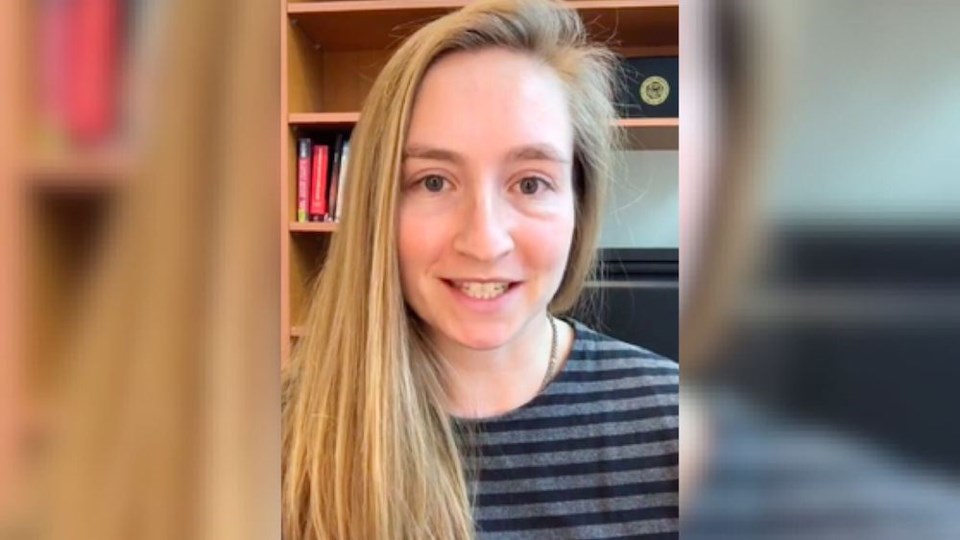 Dr. Anna Blakney is an assistant professor in UBC’s Michael Smith Laboratories and school of biomedical engineering. She came to UBC in January from Imperial College London, where she worked on a COVID-19 vaccine based on the self-amplifying RNA platform. This vaccine technology is similar to those used by Pfizer/BioNTech and Moderna, except it is able to replicate itself in cells so patients can receive a lower dose.

Blakney tells Vancouver Is Awesome that she was recruited by an organization called Team Halo that was started by the UN Verified Initiative and the Vaccine Confidence Project. The idea was to connect scientists and clinicians to work on COVID-19 with the general public to explain how they make and test vaccines as well as answer questions.

“It may seem like a silly idea but it’s actually turned out to be a powerful way to show people what I do in the lab and answer any questions they may have about vaccines,” says Blakney.

"I think a lot of people don't know what it looks like to make a vaccine--but seeing is believing."

By being open and not judging anyone's hesitation to vaccines, Blakney says the platform has been a powerful tool to engage with a large audience.

Her advice for aspiring young researchers? “If I can do it, so can you,” she says. “Science definitely takes grit and resilience, but when an experiment works or you make a discovery, it’s an amazing feeling.

"And it’s an incredibly empowering field—how cool is it that I can make a vaccine in the lab?”

Blakney says getting experience working in a lab or any kind of internship will also help tremendously. "This really helps inform you. Do you really enjoy doing it? You don't really know until you try it."

Historically, engineering has been a male-dominated field. However, Blakney says that when she was in school her department was fairly balanced. That said, she adds that there still isn't enough representation of women in higher, more senior levels. "But I'm hopeful and optimistic it will get there eventually."

Blakney shared that when she previously worked at Imperial College London she received several requests for interviews from fashion magazines like Vogue and Elle, while many of her male coworkers were asked to give expert comments on behalf of the team. "A lot of the requests were like 'Oh wow a woman doing science--that's amazing!

In one of her latest videos, a woman states: "There are too many graphs, and women can't read graphs."

In response, Blakney confidently says, "Well as always the proof is in the pudding. Today I'm going to show you that I can not only read a graph, but I can read a graph that I made."

Have a look at a few more of Blakney's TikTok videos.

Does this happen to anyone else? ##teamhalo ##learnontiktok

Does this happen to anyone else? ##teamhalo ##learnontiktok