TransLink fares will increase by 2.3% on July 1 in Metro Vancouver 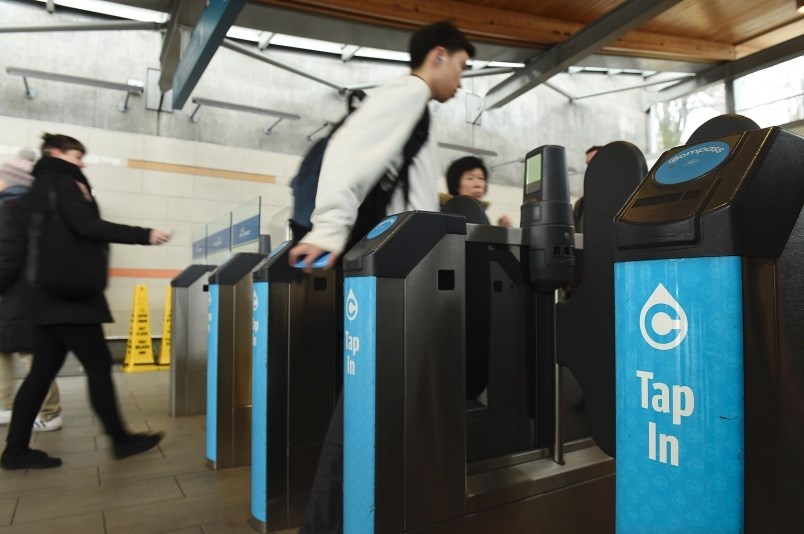 The TransLink Board of Directors has unanimously approved a motion that will increase Metro Vancouver transit fares in 2021. File photo.

The TransLink Board of Directors has unanimously approved a motion that will increase Metro Vancouver transit fares in 2021.

With help from the BC Safe Restart Agreement, the increase to fares will be an average of 2.3 per cent instead of the originally planned 4.1 per cent increase.

This Transit Tariff amendment incorporates a 2.3 per cent increase to the regular and discounted fares effective July 1, 2021.

TrasnLink says the increase will generate an estimated $4 million per year. 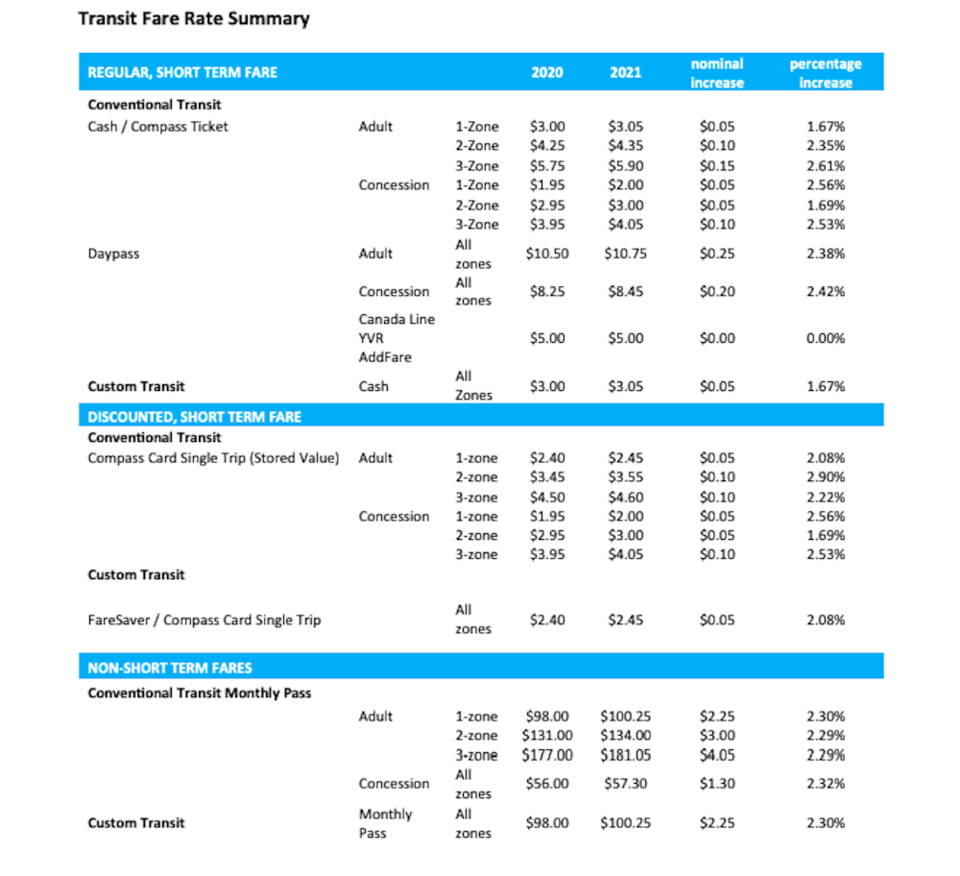 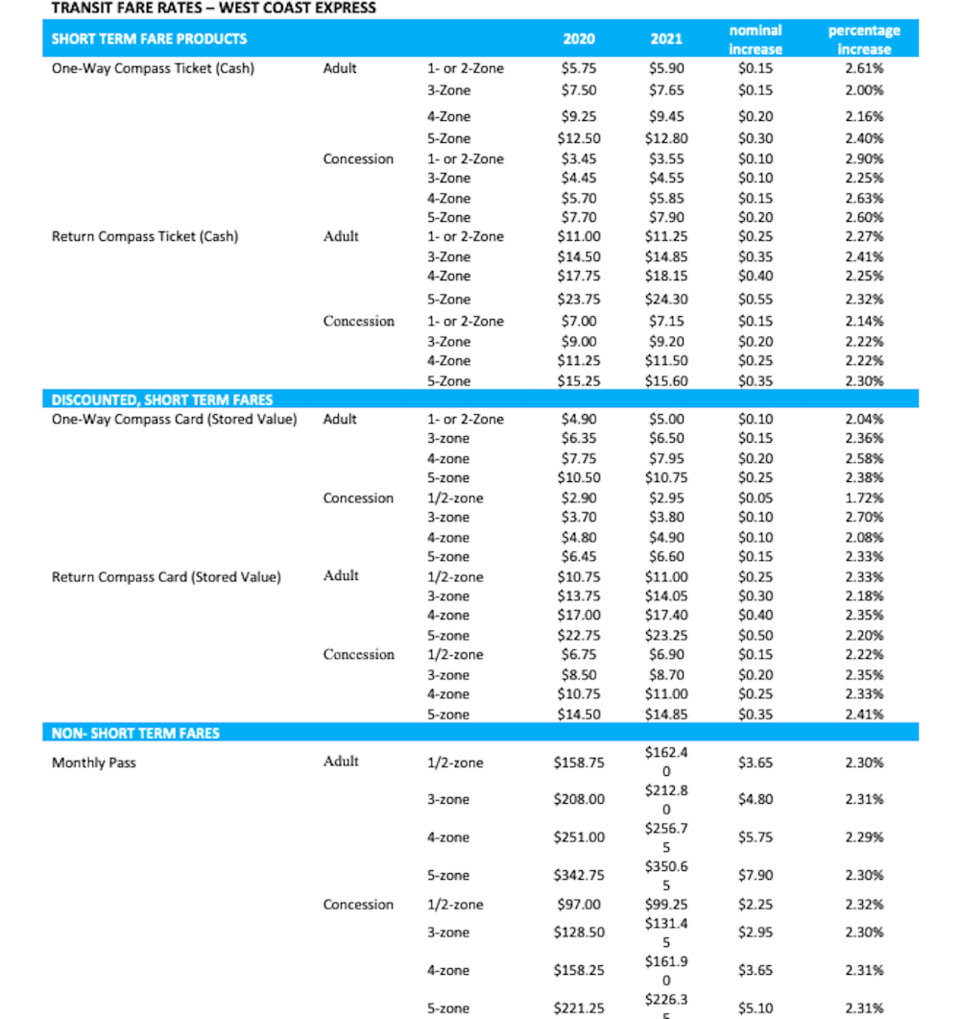 Annual fare increases were approved and planned for in 2017 as part of the 10-Year Mayors’ Vision to help pay for transit expansion projects.

"An annual increase of 4.6 per cent and 4.1 per cent were originally planned for in 2020 and 2021 as part of Phase Two of the Mayors’ Vision," a spokesperson for TransLink tells Vancouver Is Awesome in an emailed statement.

"To provide economic relief to our customers during the COVID-19 pandemic, the planned 4.6 per cent increase to fares in 2020 was cancelled. 100% of the revenue gained from fare increases goes toward regional transit expansion."

The transportation agency says ridership on its system has been around 40 per cent of 2019 levels since the summer of 2020.