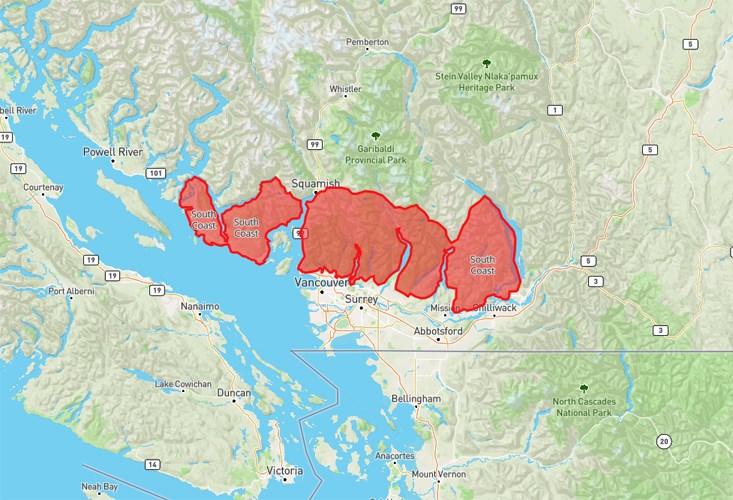 An avalanche warning is in effect for B.C.'s South Coast region from now through this weekend. The snowpack will be re-evaluated on Monday, Feb. 1.Avalanche Canada

Forecasters for the avalanche monitoring service noted that the snowpack in the region is “highly unusual” right now with a buried weak layer that is generally not found in this warmer climate. Cold weather over the past month has created an active and dangerous weakness in the snowpack, especially in the North Shore Mountains, the release from Avalanche Canada noted.

“This weak layer is widespread and relatively easy for a person to trigger,” stated Avalanche Canada forecaster Kate Devine in the release. “There have already been a number of close calls, and the snowfall predicted for the coming weekend will bury this layer even deeper. This added snow load will increase the depth and size of the avalanche, which could be deadly for anyone who is caught.”

An out-of-bounds snowboarder was seriously injured on Tuesday night when he got caught in an avalanche that buried him up to his waist in the backcountry near West Vancouver’s Cypress Mountain Resort. It took 28 people, including avalanche experts, to rescue him from the dangerous terrain.

Backcountry users are urged to always check their regional avalanche forecasts and bring the essential rescue gear — transceiver, probe, and shovel — and the knowledge to use it.