Judge orders B.C. breeders to pay $4,300 to couple promised 'pick of the litter'

The puppy involved in the case was sold to another family for $2,500 after the breeders learned Drew and Amy Atkinson planned to give the dog away as a gift to a friend.
Jun 10, 2021 3:32 PM By: Tim Petruk / Castanet 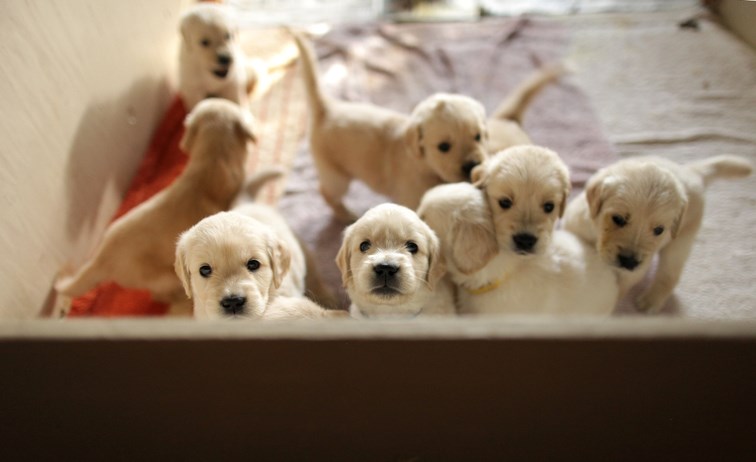 Selling a puppy that had been promised to another family will cost a Kamloops couple $4,300, a B.C. Supreme Court judge has ruled.

Drew and Amy Atkinson loaned their male golden retriever to breed with a female owned by Greg Mysynuk and Crystal Dunlop. The couples agreed that, in return, the Atkinsons would be promised "pick of the litter."

Court heard Mysynuk and Dunlop reneged on that deal once they learned the Atkinsons planned to give the puppy away as a gift to a friend.

The puppy, Hunter, was subsequently sold to another family for $2,500.

B.C. Supreme Court Justice Joel Groves ruled Thursday that Mysynuk and Dunlop would be on the hook for $4,300 — $2,500 for the puppy and $1,800 for costs and disbursements.

A Kamloops family is asking a judge for $5,000 in compensation after the puppy they were promised was sold to someone else.

Drew and Amy Atkinson are suing Greg Mysynuk and Crystal Dunlop, who they claim violated the terms of a stud agreement earlier this spring that would have seen them receive “pick of the litter” in exchange for loaning their golden retriever out to stud.

On May 12, B.C. Supreme Court Justice Joel Groves granted an injunction that was supposed to have stopped Mysynuk and Dunlop from selling the puppy. Groves wanted the puppy to remain with the breeders for the time being while he sorted through the claims of both parties.

In court on Wednesday, Groves was told the puppy, Hunter, was sold a few days before the injunction was ordered.

According to the Atkinsons, Mysynuk and Dunlop reneged on the stud-fee agreement after learning they planned to give Hunter to friends as a gift.

The Atkinsons said Mysynuk and Dunlop instead offered them $1,000 as compensation, which they turned down.

Dunlop said Wednesday she also offered the Atkinsons another golden retriever puppy — albeit not one fathered by their dog. She said she found the animal for sale in recent days from another breeder and paid the deposit to hold it.

The Atkinsons turned down that offer, as well.

“One problem with that is the promise of a dog from Ms. Dunlop and Mr. Mysynuk, and the breach of that promise, is how we got to court in the first place,” lawyer Dan McNamee, representing the Atkinsons, said in court.

The $5,000 being sought by the Atkinsons, McNamee said, is to cover $3,500 for the value of the dog and $1,500 for general damages owing to breach of contract or inconvenience.

Dunlop said the intent was never to get one over on the Atkinsons.

“We’re trying to fulfill this contract for them,” she said, referencing the puppy lined up as a replacement.

“We never intended to defraud them or in any way harm them.”

Dunlop said she is not a professional breeder and this is her first experience breeding or selling puppies.

She said the situation has been extremely stressful and has impacted her health.

“I’m probably getting my dog fixed after this,” Dunlop said.

Groves is expected to deliver a decision on Thursday.