How B.C. plans to move homeless into market rentals 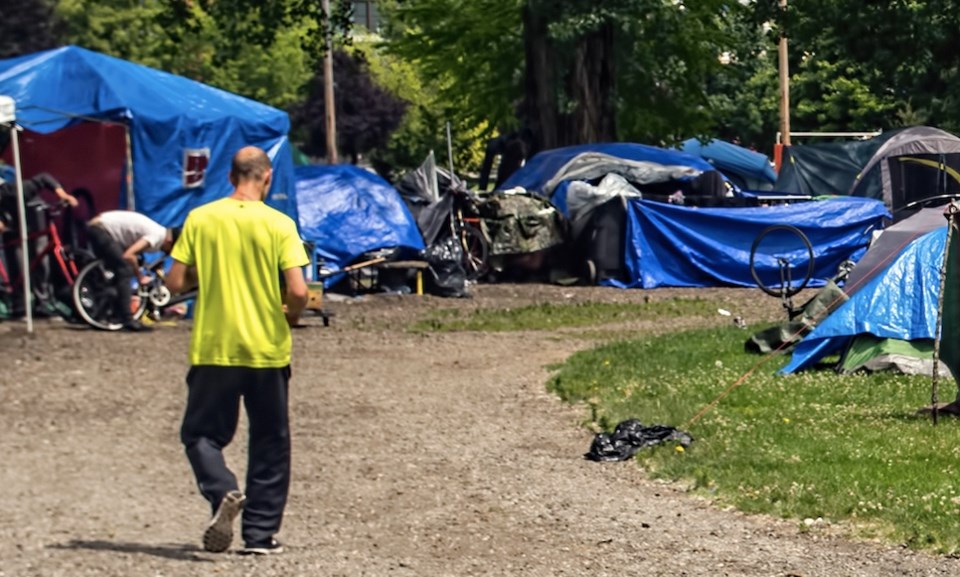 Homeless have camped for months in Vancouver's Strathcona Park.Photo by Chung Chow

The province of B.C. has launched an ambitious campaign to move about 200 homeless people from Vancouver’s Strathcona Park into private rental housing by the end of April.

However, the average monthly rent in Metro Vancouver is now $1,508 per month, according to Canada Mortgage and Housing Corp.’s (CMHC) annual report on the private-sector rental market, and an average bachelor suite now costs $1,258 per month for rent.

CMHC estimates that only 0.2 per cent of the regional private-sector rentals would be affordable for persons making $25,000 per year, and only 23 per cent of those earning up to $47,000 annually could afford local rents.

In the City of Vancouver average rents are even higher.

In a February 3 interview with Business in Vancouver, B.C. Attorney General David Eby, who is also the provincial minister responsible for housing, was asked about the plan to move homeless people into rental housing.

“There’s an array of responses because of the challenges of moving so many people at once. So for some folks we’re looking at rent supplements to move people who are currently in supportive housing — but don’t need the support any more — and move them into the private rental market,” Eby explained. “ That’ll free up space and supportive housing for people who might be in shelters right now to go into supportive housing. And that will then open up shelter spaces.”

Western Investor asked the BC Non-profit Housing Association how many residents living in subsidized housing, where low-and-mid-income tenants pay rent based on a portion of their income, would be willing and able to move into private rentals to free room for the homeless, but did not receive a reply.

Western Investor then asked Eby’s office to clarify the level of support required to move a Vancouver person without a home into a private-sector rental unit.

According to a spokeswoman for the Attorney General’s office, the funding comes from the new Homeless Prevention Program (HPP), which is meant “to help [homeless] access rental housing in the private (non-subsidized) housing market.”

HPP provides funding to a non-profit provider, which then distributes an applicable rental supplement either to the client or directly to their landlord, Eby’s office explained.

“The maximum HPP rental supplement is $450. However, service providers have some flexibility in the monthly amount as long as the minimum number of people are served in the operating agreement. Not all individuals will require the $450, and others may require more,” according to a statement from the Attorney General’s office.

B.C. offers an array two other rental supplements for low-income residents renting market housing, These include the Rental Assistance Program, which provides assistance to families earning up to $40,000 annually with cash assistance to help with rent payments, and the Shelter Aid for Elderly Renters, which also provides money to about 17,000 low-income tenants over aged 60.

There is also the housing shelter allowance of $375 per month for individuals on social assistance.

It is not yet clear if a homeless person in Vancouver or Victoria, where the homeless-to-home is also being launched, can also quality for the other assistance programs to help them into private rental apartments.

'Everybody is struggling,' says Coquitlam student as he prepares to sleep outside to experience homelessness
Feb 15, 2021 3:40 PM
Comments

1259
Luxurious residences are setting a new standard of living in Langley
433
Here’s where people who are homeless in New West can enjoy a hot shower and get a comfort kit
203
UPDATE: Here's where you could be able to buy cannabis in New West
175
New West now grappling with second big COVID-19 outbreak
66
Opinion: This protest in front of NWSS against an affordable housing project is ridiculous