Drug contaminants used to treat everything from diabetes, heart disease and heartburn may wreak havoc on person's DNA, up the chance they develop cancer, and lead to several other long-term health outcomes, according to a new UBC study.
Jun 15, 2021 1:29 PM By: Stefan Labbé 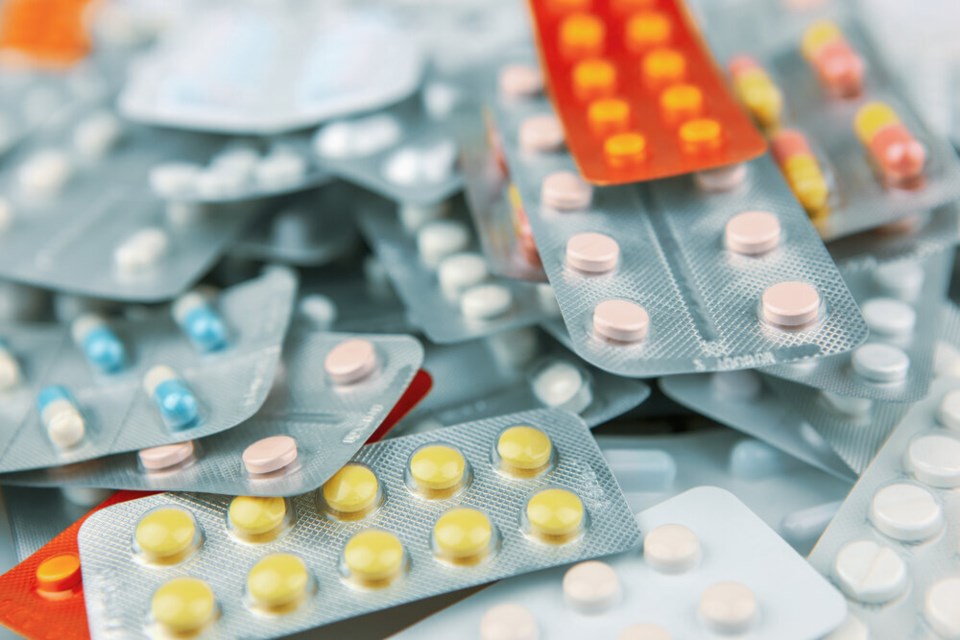 A contaminant found in generic drugs used to treat everything from diabetes, heart disease and heartburn may wreak havoc on a person’s DNA and up the chance they develop cancer, according to a new UBC study.

First discovered in drugs in 2012, the contaminate known as nitrosamine has had researchers particularly concerned in recent years. Since July 9, 2018, the contaminant has led to nearly 100 drug recalls by Health Canada, as well as its U.S. counterpart, the Food and Drug Administration.

“When we take these drugs, we do so knowing that they can come with side effects that are clearly described on the drug label,” says Dr. Corey Nislow, UBC pharmaceutical researcher and co-author of the study, in a written statement.

“But what we don’t expect is that our medicine cabinet may be full of toxins that can actually make us sick — or kill us.”

No severe consequences have been documented among patients over the short-term, but Nislow says a big gap in data exists over the long-term consequences of taking contaminated generic drugs.

Often produced in countries like India and China, generic drugs cost less than branded versions, leading them to be more widely distributed. Nislow says while some might assume they are mirrors of their more expensive counterparts, they often contain entirely different non-medical ingredients.

Health Canada says it has asked manufacturers to conduct risk assessments on drugs that might contain nitrosamine impurities. In some cases, companies have voluntarily recalled products as a precaution; in others, Health Canada has restricted the import of products from certain foreign manufacturers.

As of December 2020, Health Canada says it has expanded the scope of nitrosamine evaluations to companies marketing biological and radiopharmaceutical products.

Health Canada considers nitrosamine impurities as “probable human carcinogens” that increase the risk of cancer over the long-term.

An individual's risk depends on the daily dose of a medication, how long it’s taken and the concentration of nitrosamine impurity. The agency keeps a running list of all medications containing the contaminant.

“Patients should always talk to their health-care provider before stopping a prescribed medication,” recommends Health Canada on its website. “Not treating a condition may pose a greater health risk than the potential exposure to a nitrosamine impurity.”

Nitrosamine’s cancer-causing properties have been documented as far back as 1992 when researchers found evidence the contaminant — also found in wastewater — caused cancer in woodchucks.

Over the last three decades, animal studies indicate it also likely causes cancer in humans, according to Health Canada.

Nislow, along with UBC PhD candidate Uche Joseph Ogbede, took that research one step further using yeast cells to pinpoint how nitrosamine interrupts DNA repair enzymes unable to keep up with the mutational load from the contaminant.

“We see it in yeast, a billion years evolutionarily different from humans,” says Nislow, adding that the enzymes involved in repairing yeast DNA all have counterparts in human cells.

Perhaps more worrying, the UBC team found nitrosamine interferes with protein production and even the functioning of mitochondria, a cell’s power plant that converts food into energy.

While it remains unclear the range of long-term effects nitrosamine could have on human cells, Nislow tells Glacier Media it could cause chronic problems for the human metabolism.

Nislow says most of the drugs contaminated with nitrosamine come from a handful of massive overseas manufacturers with inconsistent safety and quality control measures (Health Canada’s recalls over nitrosamine impurities are so far limited to a handful of Indian and Chinese companies).

And while Nislow says we don’t know the source of the contamination yet, there are some good candidates.

In 2012, many manufacturers switched the organic solvents they use to a cheaper variety that, when not properly removed, can result in the formation of nitrosamine, explains the researcher.

“The ingredients are being made according to a different procedure.”

Until companies and agencies like Health Canada find out how nitrosamine is getting into drugs, Nislow says one interim solution would be to routinely test for the contaminant.

“That would go a very long way,” he says.