Negative reviews piling up from Yellow Pages customers
Jun 11, 2021 10:32 AM By: Hayley Woodin/Business in Vancouver 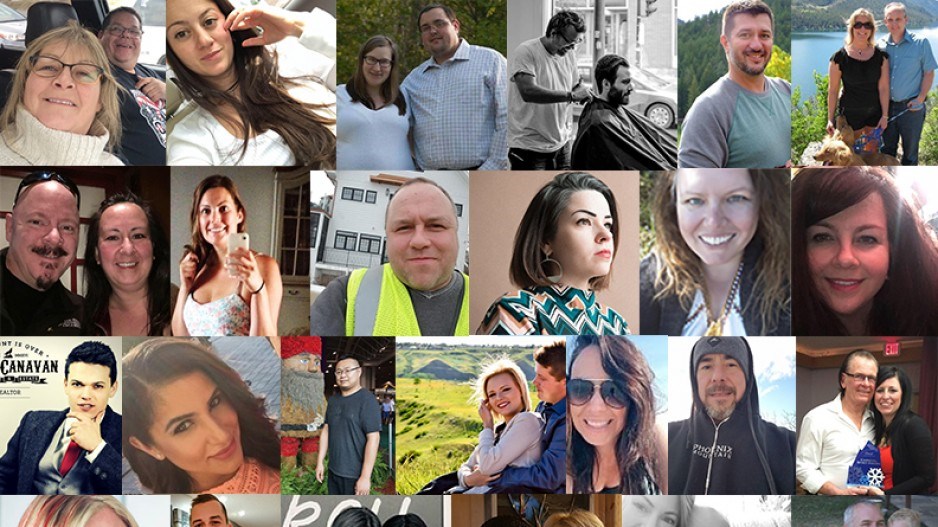 Small business owners across the country have voiced their concerns about Yellow Pages' ad practices on Facebook, Google, the Better Business Bureau and SiteJabber.Screenshot

Small-business owners across the country continue to claim that Yellow Pages Ltd. – which has offices based in Burnaby - fails to deliver on what it promises its customers.

More than 40 negative reviews against the company have been logged on SiteJabber.com in the last 12 months, warning buyers to beware of predatory sales tactics, unclear contract terms and poor customer service. The Better Business Bureau now warns potential customers of a “pattern of complaints” against the company, one that includes sales representatives not clearly outlining the services they’re offering, poor communication around how to cancel a contract and difficulty in trying to contact a representative or obtain a physical copy of a contract.

Two years ago, Glacier Media publication Business in Vancouver published an in-depth investigation into the business practices at what was once the country’s largest publisher of telephone directories.

According to current and former customers, Yellow Pages locks clients into verbal contracts that aren’t fully clarified or agreed to. Business owners then face unexpected issues and additional costs when they try to cancel services. Many have also faced collection notices and lawsuits after refusing to pay the hundreds or thousands of dollars Yellow Pages claims they owe.

The sheer cost of disputing a small claim in court is often enough to encourage parties to settle out of court, regardless of whether a settlement seems fair or just.

In a few instances, customers have launched legal actions of their own. Yellow Pages is facing a class action lawsuit in Quebec and a potential civil suit in Ontario.

“The trouble with the contracts is that I find they’re very cryptic as to what you’re actually getting involved in,” said Nick Greer, lawyer and firm principal of Collaborative Law Corp. in Nanaimo.

The firm brought an application to the CRT after it was unable to reach anyone at Yellow Pages to cancel a one-year advertising contract. The tribunal application noted that Yellow Pages continued to bill the firm for advertising that “was not of the quality agreed to,” and that attempts to correct errors in Collaborative Law’s online directory listing were ignored. Greer added that the firm was promised its listing would appear on the first page of search results, and that wasn’t always the case.

The CRT issued a default order to reimburse Collaborative Law more than $1,200 for advertising costs and $100 in CRT fees, which Greer confirmed has been done. The tribunal dismissed a claim for $1,500 to cover the firm’s time and effort spent trying to resolve the dispute.

The CRT began resolving most B.C. small claims disputes up to $5,000 in June 2017. Court Services Online data shows that Yellow Pages has been involved in more than 270 legal cases in B.C., most of which were small claims in the Provincial Court of British Columbia and brought forward by Yellow Pages before 2017. Unlike court, the CRT was created to be navigated by users rather than lawyers. Its fees are significantly lower, and disputes can be filed and managed remotely. A CRT dispute is by design a less daunting and costly proposition than a court action.

Collaborative Law’s dispute is the first Yellow Pages small claims dispute to be heard by the CRT.

The issues Collaborative Law reported experiencing appear across hundreds of negative online reviews and comments against Yellow Pages. A major theme of those complaints is a lack of certainty around contract length and how a contract can be cancelled.

“We’re not going to get everybody happy, but I think we’re trying our best and still trying to run a business at the same time, because if we give everybody everything they want, of course, then we probably wouldn’t be profitable,” Sherilyn King, Yellow Pages’ senior vice-president of sales, marketing and customer service, told BIV.

King said a lot of the challenges referred to online happen within the first year of a one-year contract. Yellow Pages bundles together a number of services offered at a discounted rate with a minimum 12-month commitment. She said Google (Nasdaq:GOOGL), Facebook Inc. (Nasdaq:FB) and other competitors will target Yellow Pages customers with deals of their own, which prompts customers to try to cancel pieces of their bundle or their full contract.

“We’ll try to work with them as best we can, but we also understand that we can’t please everybody because, ideally, they’re fully aware they’re in a 12-month contract,” King said.

While some customers sign paper contracts, most of the business owners who have spoken with BIV have signed up for advertising services over the phone. They are required to state that they agree to a verbal contract, said Treena Cooper, senior vice-president, secretary and general counsel at Yellow Pages.

“That’s a verbal contract conducted over the phone, but the sales rep does run through the terms and conditions with you – the most important terms and conditions.… The foundations of the agreement that are entered into between the two parties,” she said.

Customers are then sent a digital copy of the contract that lists all of the terms and conditions, after they have agreed to buy services over the phone.

Cooper said the way to cancel a contract depends on a contract’s specific terms. King also noted that the company runs several directories in Greater Vancouver, each with their own start dates and billing cycles. One 12-month contract for advertising in Burnaby may end in the middle of a separate 12-month advertising package in North Vancouver, for example.

“I’m not sure how the confusion happens, but it is part of the voice signature that they agreed to the term when they’re signing up,” said King.

Lawsuits on the horizon

The lawsuit, which has been authorized to proceed, hinges on a unique article in Quebec’s civil laws that allows an individual to cancel a contract before its term. The suit argues that, while this right can be renounced, Yellow Pages failed to explain to its customers that in entering into Yellow Pages contracts, customers were giving up that right.

Calex Legal Inc., which is bringing the class action forward, previously told BIV the firm expects between 2,000 and 3,000 individuals and businesses to join the class.

In Ontario, the founder and executive producer of PopVid Studio has issued a demand letter through his lawyer asking Yellow Pages to cancel his verbal contract and reimburse him for payments made.

“I don’t think their customer service is good,” Rundong Li told BIV. “They don’t listen to you. They just take money – no services, no delivery of any anything,”

Li said he has filed his claim in court, which alleges fraud, and is waiting on next steps. He has stopped paying his monthly fee and added that Yellow Pages continues to call and email him asking for payment.

Victim of vehicle theft in Burnaby sues ICBC, alleges adjuster made up intoxication story
May 17, 2021 9:18 AM