B.C. man putting everything on hold to look for missing dog

The four-year-old husky-shepherd mix went missing during a hike
Feb 3, 2021 8:33 AM By: Roxanne Egan-Elliott / Times Colonist 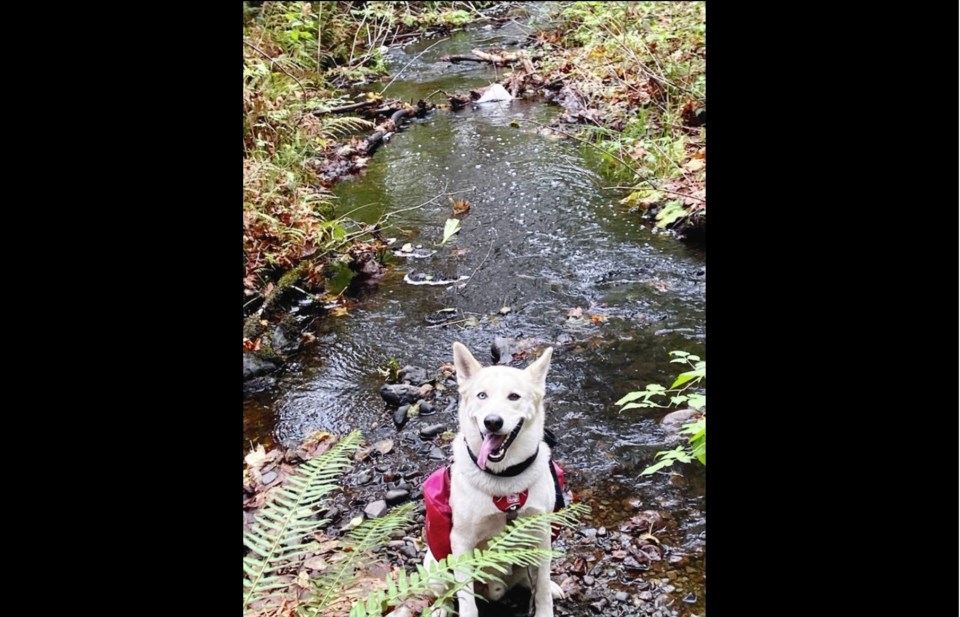 Jesse McMaster has spent four nights sleeping in his vehicle and nearly every minute of the last week searching for his ­missing dog Keno, who took off after an elk during a hike in the Cowichan Valley.

“He means everything to me. He means the world,” said McMaster, who lives in Duncan.

The four-year-old husky-shepherd mix went missing during a hike on Mount Prevost on Jan. 26, when he spotted an elk.

“He actually chased it straight up the side of the mountain. He got away from me, like slipped out of my hands. And I wasn’t fast enough,” McMaster said.

He ran after Keno, but couldn’t catch up to him as the dog tore up the side of the mountain.

McMaster spent the next four nights sleeping in his vehicle on top of the mountain. He filled his days bushwhacking around the mountain and trudging through snow with friends looking for any sign of Keno.

He’s taken time off work and he plans to keep searching for Keno until he brings him home.

“I’ve been out here every day,” McMaster said. “I put my life on hold completely. I stopped everything.”

McMaster believes Keno has migrated north, after someone reported seeing a dog on Saturday that matched Keno’s description at a campground in Coombs. Without a photo of the animal spotted, McMaster can’t be sure, but the person also described a leash and collar similar to Keno’s.

Lesli Steeves, founder of ROAM, a non-profit that helps to connect owners with their missing pets, said there are a couple of theories about how Keno might have gotten to Coombs.

“There is a possibility that he was picked up. The other possibility is he could run it quite easily,” she said.

With help from ROAM and the Arrowsmith Animal Rescue Foundation, McMaster tracked Keno’s paw prints and the trail of his long leash to a spot on Mount Prevost where they meet tire tracks in the snow. The vehicle appears to have turned around and the paw prints end, McMaster said.

More sightings have been reported on Chatsworth Road and near Little Qualicum Falls, just west of Coombs, but McMaster is less certain they match Keno.

He spent Tuesday evening in his vehicle at the end of ­Chatsworth Road, using his headlights to illuminate a set of train tracks that he thinks Keno might be travelling.

“We’re thinking that’s his possible route of being not sighted by anyone,” he said.

ROAM is particularly busy at the moment, Steeves said, with another missing dog from the Ladysmith area who hasn’t come home in a week.

Cyan Maretic took her 3.5-year-old doberman, Bono, for a hike on a mountain in ­Ladysmith behind South Watts Road on Jan. 26. He often takes off for 10 to 15 minutes chasing something, but he always comes back, Maretic said. Last Tuesday he never returned to her.

She searched the mountain all day with a friend, and spent the night sleeping in her truck looking for Bono, who she said has changed her life.

“My dog is really important to me,” she said. “I’ve never had a dog before and he just kind of fell into my life. He kind of picked me.”

After taking six days off work to search the mountain for Bono, Maretic is now worried he’s injured and hiding somewhere, or he’s been taken by someone. She’s offering a reward for his safe return.

Maretic said Bono is not good on a leash or in a car, so if anyone sees a doberman pulling someone on a leash or barking continuously in a vehicle, it’s a good indication that’s her dog.

Anyone who thinks they see Bono or Keno should call ROAM immediately at 778-977-6260 and try take a photo.

If Bono is spotted with ­someone, Maretic is asking people to report the sighting to police.