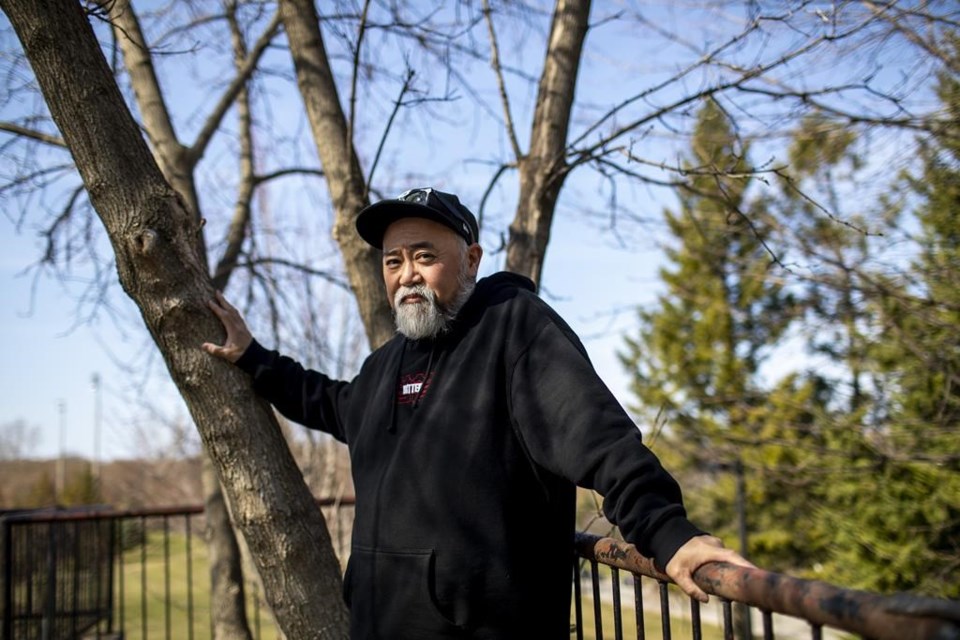 "It really is like grieving a death: with time it gets better, and sometimes it forms like a scab," Lee, who plays patriarch Appa, said in a recent phone interview.

"You're fine until you pick at it, and when you pick at it, it starts to bleed again and it hurts again. And it scabs over again, and then you might pick at it and it'll bleed again. But over time there's less and less until there's nothing, like it healed over. And there might be a little scar underneath but you're fine."

Last month, producers of the hit CBC comedy, about a Korean-Canadian family who run a corner store in Toronto, announced the show will close up shop after the current, fifth season.

That's a season shorter than planned early last year, when the Canadian Screen Award-winning sitcom was renewed amid accolades for its cultural representation and global following on Netflix.

But producers said co-creators Ins Choi and Kevin White were moving on to pursue other projects. Given their departure from the series, producers felt they could not "deliver another season of the same heart and quality."

Fans wondered why such a groundbreaking series would come to a premature end, especially amid calls for greater onscreen Asian representation.

As Lee and cast member Andrew Phung tell it, Choi was exhausted from the tremendous amount of work as showrunner and longed to spend more time with family.

"Ins was feeling a bit burnt out and at the end of (shooting) season five he basically was saying he was done," said Lee, who also starred in Choi's award-winning 2011 play "Kim's Convenience," which inspired the series.

"I kind of knew that there was always a potential of him stepping away," added Toronto-based Phung, who plays car-rental manager Kimchee.

"Making TV is hard. It takes so much time and so much out of you and I think that for him, he just wanted to spend time with his kids and he was really burnt out."

The Canadian Press asked for interviews with Choi and producer Ivan Fecan. A publicist said attempts to reach Choi were unsuccessful and Fecan declined.

Lee said producers told him in December that Choi wanted to leave the show, and that Fecan wondered if they might continue without Choi.

The cast and CBC agreed to pursue a sixth season, Lee said, but Fecan eventually decided it wasn't possible and called the actor last month to break the news.

"I'm really unhappy about how it ended, but all things being equal, it was a fantastic ride," he said.

Lee said he hasn't spoken with Fecan since that conversation and has tried to reach Choi.

"He ghosted me," Lee said of Choi, with whom he's worked for 10 years. "He wouldn't return my calls or my texts, and finally he responded via email saying he wasn't comfortable talking about it. And that was it."

Phung said the show's demise caught him off-guard and he calls it "a disappointing end."

"It hurts, but as a father of two young kids, I totally get it," Phung said. "I know there's been a bit of backlash against Ins. And I do want to say that he put so much love into the world he made, and so this decision wasn't made lightly for him."

This season has seen the Kims deal with Umma's multiple sclerosis diagnosis, Jung try to put his business course skills to use, and Janet move back in after graduating.

"And I do think that when fans watch it they will get a sense of closure," Phung said.

Lee, however, said "it's a good season finale but it's not a good series finale."

"I haven't seen the final cut, so I'll reserve final judgment until after I see that final episode," Lee said. "But had we known that was going to be the end — you just feel robbed, because we never got a chance to say goodbye."

Both actors said their hearts also break for the crew members who were like family and were counting on a sixth season.

There are also lessons to be learned from the way the show ended, and its diversity efforts behind the scenes, Lee said.

While there were attempts to bring in more writers of colour throughout the seasons, including workshop initiatives, Lee said producers "could have done more."

Phung agreed, noting that while cast members didn't have power in the writers' room, the actor feels he "could have been more vocal to follow-up and ask why there weren't more BIPOC and diverse writers in the room."

The Canadian Press made a follow-up request to get comment from Fecan on that specific topic but he was unavailable.

"It's my pledge now as a showrunner and as a creator to carry those lessons with me as I make my project," Phung said of CBC's "Run the Burbs," in which he also stars as a stay-at-home dad with an entrepreneur wife and two kids.

"I'm actively putting barriers up to make sure I get time with my kids and I get to do the things I love, and surrounding myself with people who will ensure that I don't get burnt out," Phung said.

Lee and Phung admit the optics of a "Kim's" spinoff starring a white cast member seem bad in light of the cancellation. But the show had been in development for two years and was supposed to air alongside a sixth season of "Kim's."

Phung's series has been in development for a year and was also supposed to air in tandem with "Kim's."

"It's really unfortunate that (Power) got caught in the crossfire of all this, none of this is her fault," said Lee.

"We had a beautiful thing going but I think, like a lot of other things, we could have done better in certain areas," he said.

Lee is looking ahead to other projects, including exploring "geek culture" on his YouTube channel, and a TV series pitch he said he's shopping around.

Both he and Phung said they're happy to revisit "Kim's," should it get revived in some other form.

"I would love, love, love to give the fans the ending that they're craving," said Lee.

"I think in a way, the series finale is maybe the end of a chapter but not the end of the book," said Phung.

"But as we see this industry continually evolving, I hope that we continue to elevate diverse creators so that hopefully it allows for us to revisit these stories in the future. Because I know that this show has made such an impact on Canadians and people around the world."

This report by The Canadian Press was first published April 8, 2021.