OPINION: Here's how those millionaires managed to skip the vaccination line 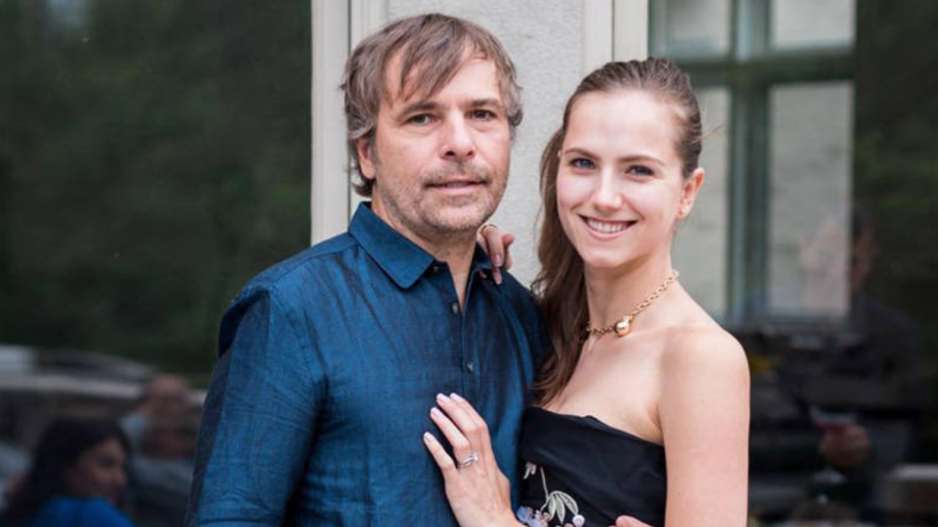 As we reported yesterday, Great Canadian Gaming CEO Rod Baker has stepped down after he and his wife Ekaterina Baker allegedly skipped the line to get the first dose of the Moderna COVID-19 vaccination.

The pair live at the luxury Shangri-La in the heart of downtown Vancouver. They allegedly traveled to Beaver Creek, Yukon in a private jet, posed as local hotel workers in order to get vaccinated, then hightailed it back to the airport, and their lives in Vancouver.

As the head of a large Canadian casino company, Baker's now-former salary was over $10 million a year.

In the exercise below, I've attempted to reconstruct the circumstances that may have led up to their landing in Beaver Creek, a community which—according to the 2016 census— is mostly made up of Indigenous citizens.

None of this happened. It's satire. Completely made up. But it's the way I like to picture it going down.

Rod is laying on a red velvet chaise in the study of his home on the 57th floor of a Georgia St high-rise, blankly staring through a floor-to-ceiling window at the North Shore and the mountains beyond.

He holds a medium-sized silver bell by its wooden handle. Hundreds of tiny, encrusted diamonds spell out the initials "RB" on the side of it.

The bell was a gift from his wife Ekaterina on their 1st wedding anniversary. She bought it at Tiffany & Co during their most recent trip to Dubai, seeing to it that the help hid it away from him until the big day arrived.

Dangling the mechanism gently between his thumb and index finger, Rod's sullen gaze shifts from the snowy peaks to his own, bored reflection staring back at him, partly obscured by the diamond initials.

His mood flips suddenly to rage, and in a singular motion he rings the bell while hurling it toward the window, which it crashes into, then lays silenced on the floor as he yells "F**k this!"

An elderly man dressed in a black suit with a bow tie, wearing an apron, rushes into the room. It's Rod's uncle Gene, one of the minimum-wage employees that keeps the place in order.

"Sir! I'm so sorry I didn't hear you ring," exclaims Gene, wringing his hands, "Is everything okay?"

Still worked up, Rod vomits a little bit onto the Ziegler Mahal rug in front of the chaise.

"Clean that shit up," he blurts, not looking up, then leaves the room.

Ekaterina is out on the deck. Similarly withdrawn, she's scrolling the camera roll on her phone, looking back at the photos from their recent trip to Hong Kong. They're on day three of mandatory quarantine, and the couple is going stir crazy.

Rod approaches her and asks, "Honey, what are we even doing here?"

"No, I mean what are we doing here? We should be out enjoying our lives. We deserve..."

His gag reflex kicks in again. It happens when he's upset. This time he manages to keep the contents of his stomach where they belong.

"I just... we should be able to travel and do fun stuff, like we used to do. We've earned that right."

"But honey, we just got back from a trip, and you've got that fun court thingy coming up! With the Cohen Commissioner or whatever that was?"

At this moment, Rod glances across the street to the Trump Tower, where he sees some hotel workers having a smoke out on the patio of what he knows to be the floor where the staff room is; he owns a unit over there and, once, after hosting a Liberal Party of Canada fundraiser in his suite, made the horrifying mistake of getting off the elevator at that floor.

Suddenly possessed by a brilliant idea, his mouth falls agape as he turns his head slowly from Trump Tower back toward his wife.

Rod's eyes then light up, his face abruptly shining like the diamonds on his bell.

"Eky, pack a small bag for the day and meet me up at the helipad in twenty minutes."

"We don't have a helipad here, dear. You're mistaking this place for the Shangri-La in Doha again."

"Dammit, they all look the same. Well, meet me at the car in twenty, Gene's driving us out to the jet."

He throws on a jacket and a scarf, and makes his way to the elevator, then down to the lobby.

Once there, Rod engages the hotel staff. It's not something he enjoys doing, but it's a means to an end.

His stomach rumbles and he nearly gags as he tells the concierge he'll pay him $500 for his street clothes, and an extra $750 if he finds a female staff member to give up hers.

The rest is, allegedly, history.