In some outbreaks, about half of the residents who tested positive later died
Jan 9, 2021 5:39 AM By: Chris Campbell 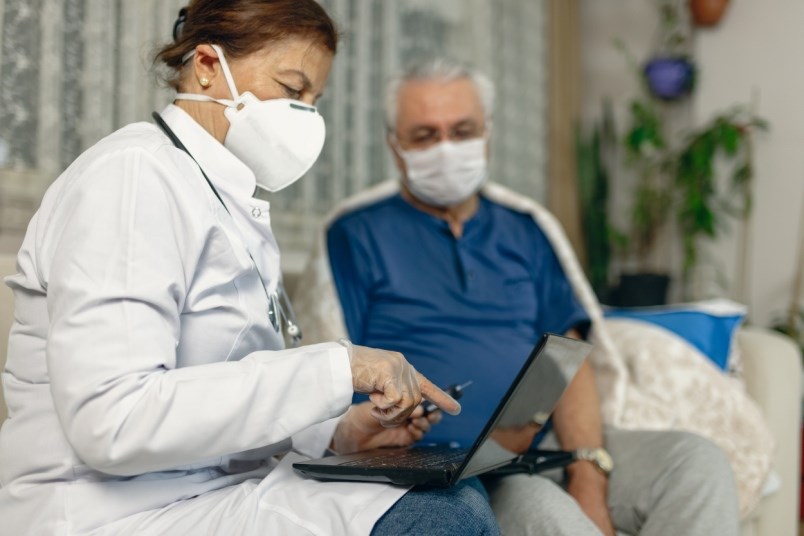 The B.C. government finally stepped in this week where some health authorities have (deliberately) fallen down when it comes to more detailed data on COVID-19 outbreaks.

The BC Centre for Disease Control is now posting weekly data related to the outbreaks, including death tolls.

Up to this point, media outlets have had to rely on leaked letters from families of those living in care homes that have been hammered by coronavirus cases and deaths.

Many of those family members have literally begged me to write about the care homes since the pandemic began. They wanted to raise the alarm about the situation to force more action.

It’s pathetic that it’s taken this long to get more of a commitment on data, but here we are.

I’ve looked at the worst outbreaks in the data released on Thursday and they are horrific and heartbreaking.

In Burnaby, the worst outbreak has been at AgeCare Harmony Court, which has seen a total of 118 COVID-19 cases since Nov. 19 at its long-term care unit. So far, 29 Harmony residents have died out of 73 cases. The other 45 cases involve staff.

Another large active outbreak is at the long-term care unit of George Derby Centre, which has seen 44 cases since Nov. 13. There have been 32 resident cases at George Derby and 14 of those residents have died – so nearly half of every positive case.

The data also includes some outbreaks from earlier in the year that are now over, but no less horrifying.

New Vista Care Centre was hit with an outbreak between August and October that resulted in 44 total cases, including 26 residents. Out of those 26 residents, 11 died.

Fellburn long-term care centre, which is run by Fraser Health, saw a whopping 92 cases between October and December, including 58 resident cases and 16 deaths.

The Finnish Manor recently had an outbreak declared over, but not before seeing 76 cases, including 54 residents and 24 resident deaths.

Starting to get the picture. These figures show roughly a 50% death rate for seniors in long-term care homes.

No wonder some didn’t seem to be in a rush to get this data released. It’s terrifying.

This shift by Vancouver Coastal Health to withhold info from media/public couldn’t come at a more tragic time. Let’s be clear, province stepped in to deliver LTC details because VCH refused to do so for a long time. Families were leaking info because they wanted it made public. https://t.co/RrieEao1PT

This is why vulnerable seniors and those who care for them will remain the top priority for COVID-19 vaccinations for at least another week or two, according to B.C. provincial health officer Dr. Bonnie Henry.

“As we know, the burden of COVID-19 has been particularly heavy … on our seniors and elders and those who care for them, and that is where our focus has been and will continue to be for the next week or two here in British Columbia as we use the vaccine that we receive,” she said during a Thursday (January 7) briefing.

“And we’re going to continue to focus, as we say, to try and protect those who are most at risk in these first few weeks with the limited supply that we have.”

On Monday, Henry revealed B.C.’s plans to vaccinate 70,000 residents and staff at long-term care facilities by the end of January.

The province also intends to vaccinate 30,000 frontline health-care workers — specifically, paramedics, and those who work in intensive care units and emergency departments at hospitals — by the end of the month.

Another 13,000 people in assisted living are expected to receive at least their first dose in January.